Herbie of the Week: Rose (She's Lost 40lbs & Lowered Her Cholesterol In Less Than A Year!) 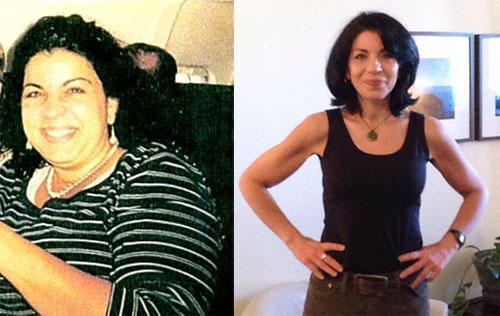 Meet our Herbie of the Week: Rose!

Even though she always considered herself to be a healthy, "non-thin" person, Rose was SHOCKED to see the results of her blood work before turning 50. Her fasting glucose was at the top of the acceptable range and her cholesterol was 284.

Rose's doctor urged her to see a cardiologist and wanted to put her on medication immediately, but she was reluctant to do so. Luckily, serendipity stepped in and Rose started her plant-based journey a couple months after her birthday.

In less than 4 months, her cholesterol dropped 150 POINTSand she lost over 20 pounds (and continued to lose another 20 over the course of 6 months)!

Rose is living proof at how quickly your body reacts to a plant-based diet!

I’ve always considered myself a healthy, non-thin person. At 5’5”, my average weight has typically been between 165-175lbs. While at times in my life, like in my mid 30’s when my weight skyrocketed to 213lbs, (above, left) I was always able to get it back down to my non-thin, normal-for-me weight, mostly through a strict, low-carb diet.

Despite having a few extra pounds, I thought I was healthy because I was active. When I was younger, I was a lifeguard. In college, I biked everywhere. In graduate school, I started jogging and running 10Ks. A few years ago, I increased my mileage and started running Half Marathons.

So, for most of my life, I thought: this is as good as it gets. I will be active and accept that my weight is what it is.

In August 2012, because I would soon be turning 50, I thought that it was time to get a physical - something I had not done in many years. The results of my blood work were shocking. Despite being low-carb, my fasting glucose was 99 – the top of the acceptable range. And worse, my cholesterol was 284. My physician wanted me to see a cardiologist and start medications immediately. I did not know what to do. I did not want to take medication. I kept thinking, “But I’m healthy. I’m active." To prove my point, I ran the annual 5 Mile Thanksgiving Day Turkey Trot and committed to running another Half Marathon in the spring. It would be my 5th. 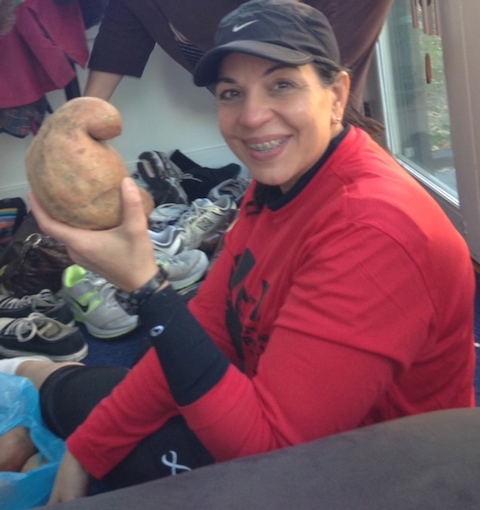 But serendipity stepped in. In December 2012, after having just turned 50, I met with my orthodontist for my regular, monthly checkup. At that appointment, we were talking about aging and health and he mentioned that he and some of his staff had watched a movie, Forks Over Knives. He didn’t say much, but what he did say piqued my curiosity. On January 4, 2013, I rented the movie. After watching it three times, I decided I needed to try this way of eating to see if it would improve my cholesterol.

I started by suspending all animal products from my diet. It was actually not that hard to do. I love to cook and I was able to a make tasty food. But I was using a lot of oil and animal-tasting substitutes. I re-watched the movie which led me to YouTube videos of people like Dr. McDougall and Dr. Esselstyn who were promoting no oil and no nuts, and avoiding animal substitutes. I was at a complete loss. Oil free and vegan? I had no idea what to cook and eat. I almost gave up. 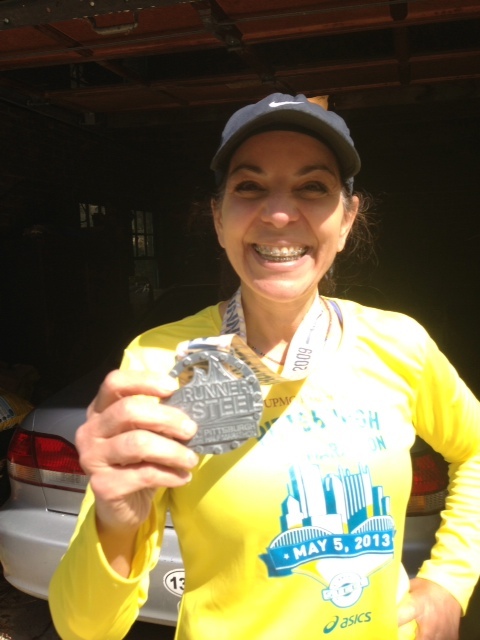 After 4 months of eating from the Happy Herbivore cookbooks May 5, 2013

I have days were I struggle – especially eating out – but my health and my current weight of 128 keep me going. And the Happy Herbivore books and blogs help me to get there.

Thank you Rose for sharing your amazing story! You are a true inspiration!