Herbie of the Week: Jim S. 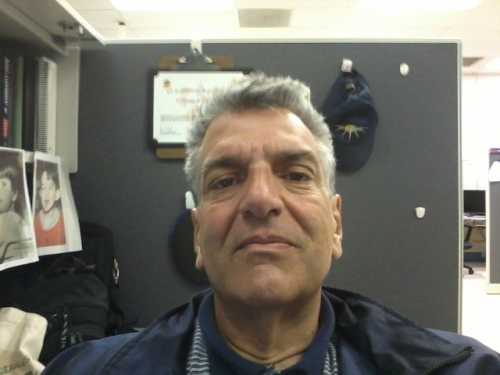 Anyway, I "met" Jim when I was working on our plant-based guys series (you can read about plant-based guys Part 1 and Part 2) and he immediately won me over when he signed his interview email, "Next time you go traveling, take us with you. Real men and women cook with the Happy Herbivore."

HH: So, tell us: How long have you followed a plant-based diet?

According to my wife, about 4 years (vegetarian for 3 years previous to that). Although I have been whole foods plant-based for only about 1 or 2 years, and have only gone Esselstyn, plant perfect, for about 5 months. Real men refer to their wives on issues regarding timelines.

HH: What motivated you to adopt a plant-based diet?

I was fat my whole life, then around 33 years of age, I did a calorie based diet and lost 80 pounds in 6 months. At some point, I got tired of counting calories, and got fatter. My wife was not happy. Neither was I. I struggled with weight my whole life. 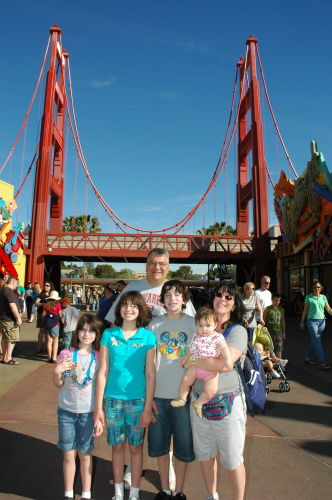 I moved from the American diet (a very fat laden fast food version) after my wife went vegan, to explore the possibility of getting rid of her migraines. I could only go vegetarian at the time, as I could not imagine a world without pizza. As she went along and her migraines went away, I read Skinny Bitch, and believed most of it. I decided to try being vegan.

I loved being vegan, but was not getting much healthier, as I didn't stray far enough away from a very fat laden vegan version of the American diet. Through a series of events, some to do with the Tucson based Healthy You Network and a Sierra Vista, Arizona local group called Lettuce Get Healthy, I was introduced to Colin Campbell, John McDougall, Pam Popper, and Neal Barnard, through books and DVDs.

My wife's influence to get me to read, starting with the Harry Potter series, allowed me to subsequently read the works of these great American heroes and the works of other similarly brilliant proponents. I continued reading Doug Lisle, Caldwell Esselstyn, John Robbins, Joel Fuhrman, Rip Esselstyn, and watching DVDs, and searching YouTube and the internet for more information. With each new influx of information, my solidarity increased.

Now I am a disciple, and preach the word of good eating. 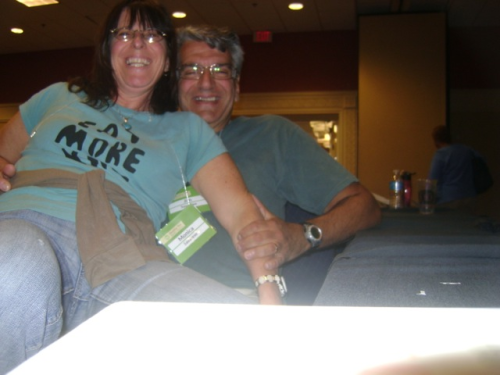 HH: Once you cleaned up your diet, did you experience any benefits?

Currently I am down to about 219 from 280 lbs. Almost out of the obese range. Most people don't believe I'm obese by the look of me. I get a lot of compliments! However, my plant-based doctor wants me at 185-190, so still working hard.

My weight also started really coming off after I jacked up my exercise a bit,
although I always felt better when I was on the plant perfect Esselstyn diet, even when the weight had hit a plateau.

I'm 51, but I'm able to take 3 hours of aerobic type exercise three days a
week, and play wallyball for about 1.5 hours on the other 3 days. I was
inspired to work harder after hearing the story of Rich Roll, and UltraMan/Epic 5 tri-athlete, at a Tucson Healthy You Symposium.

HH: This question always comes up, esp. with the fellas. How do you handle social situations?

I am a disciple, a Jedi, if you will. I put others before myself, selfless. I won't raise the issue, but often if someone is complaining about health, or discussing eating, and feel it is appropriate to enter the conversation, I speak the truth. I explain what I have read, that it is backed by science, and that I believe these doctors. I encourage other them to see the DVDs, read the books, to not listen to me, but to see and try the diet for themselves. As I am starting to get compliments on the change, more people are curious and trying. This motivates me to push myself further, get the six pack, get more handsome, and attract more people to health, and a better life for all of us.

I have been put aside due to my weight my whole life, and I have felt that I often had more to offer than other people, who were not always so nice, but fat people are not so attractive, and don't get the treatment that better looking people do, even if they are really good people. I think about how many more attractive men and women are there, looking for answers, but are being led to believe they need all animal products, laden with fat.

If you ever try a diet like this, for an extended period of time, say three weeks or so, you cannot help but say something to people that mean something to you. I sometimes tell people that I don't even know. It all depends on my evaluation of the situation.

HH: Any advice for anyone who feels bullied or peer pressured?

We all have to be open to ideas from other people, in case we can learn from them, however, you have to evaluate what other people have to say about being plant-based, or vegan, the way we would any other choice we might make. People's ideas are often illogical, sometimes due to emotion, but sometimes due to ignorance.

Education about a plant based diet from enough of the right sources, should be enough to ward off any argument from any source. I haven't heard a comment yet that can change my mind on what is what I believe the road to being, looking, and feeling more manly than ever. From what I've read, it's all peer-reviewed hard science. If the science changes, I'll change my diet, if necessary. Sometimes I wonder if people, rather than think differently, actually think at all.

HH: Are there are fears or struggles you still face?

I worry about my son, and kids, that they will learn to eat improperly for someone they get involved with. It's hard to think of them or their partner slowly poisoning themselves with what I believe is a dangerous diet, the typical American diet. I think it may be a deal breaker for me, but only if I had to do it over. My son has had a girlfriend for a little bit now, and my thought is to get a copy of Forks Over Knives, Eating, and Healing Cancer to her and her parents. You can add Mike Anderson to my list of heroes for his DVDs. 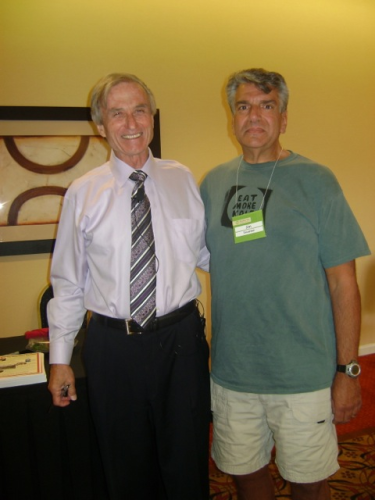 HH: Lastly, any additional advice for anyone wanting to fall into a plant-based diet?

Read. Watch the movies. Gather the information. Try it for a while. I was very heavy, so I may have felt the difference in a stronger way. You can feel the difference of how this diet affects you. If you're fairly healthy, you may not feel the difference as much. Some people believe in moderation, but in time, eating the wrong diet, even if you don't get fat, you will likely get sick.

The American diet is why people who otherwise appear incredibly healthy, drop dead from heart attack or stroke, or develop cancer and die or get sick. Save yourself and your loved ones. So many people get sick and die from the misinformation about diet and disease that we all believe, because of people putting making a buck over doing the right thing. Advertisers and media do not accurately report the truth about nutrition.

p.s. Jim's lovely wife Monica also recently updated us on how she was doing a year after being Herbie of the Week!Love this plant-proud family!

I've attached two new pictures, but the quality is poor. 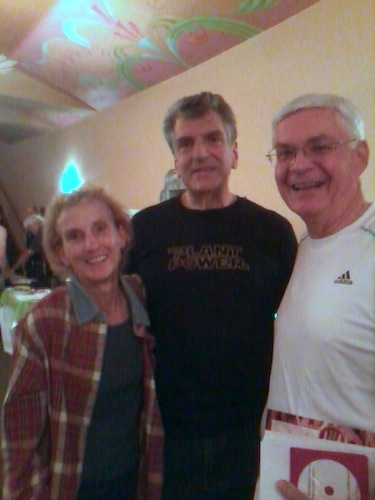 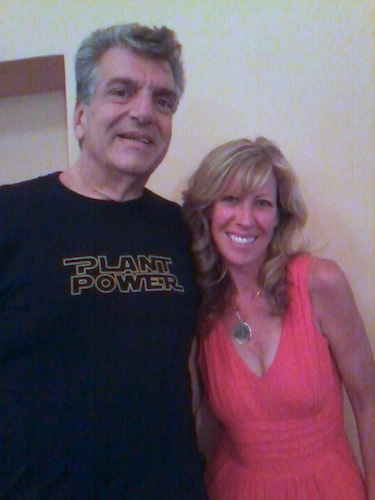 One is with Colleen Patrick Goudreau, the other is with my own plant based doctor, Michael Milazzo, and with Diane Parks of the Wellness Depot in Sierra Vista. My weight has dropped a little at 215 lbs. 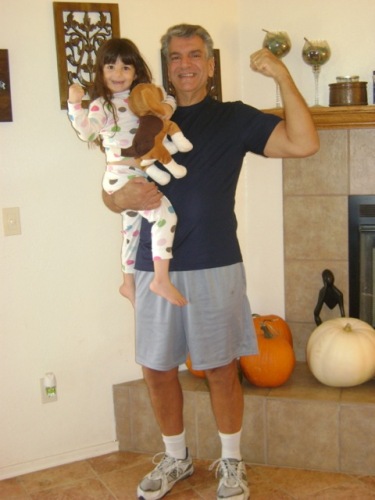