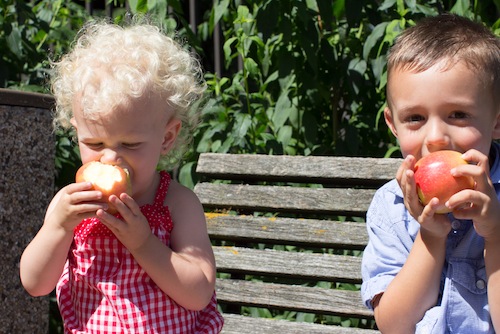 How is it already September? This year just keeps pickin' up speed!

And speaking of years,Talia and Jacob were our Herbies of the Week a year ago (in August 2012!). 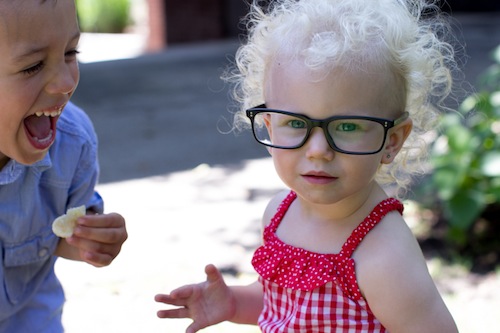 Their super awesome mama (who guest posted recently on being a minimalist with kids) asked me if I'd like to do an update on the kiddos' progress.

Of course I wanted to bring those adorable munchkins back on the blog, but her suggestion got the gears in my brain going, too!

I thought, "I should touch base with all our past Herbies of the Week!"

You know, a "where are they now" after-school (after-blog?) special. Hard to believe I started the column way back in 2011! So many amazing stories! So many lives are changing!! LOVE IT!

Anyway, I don't want to hijack the kids' guest post too much longer — but before I let Jacqueline take it away: I hope to roll out this new "where are they now" update column later this month. Sept 2012 HOWs, you've been emailed ;)

First off, let me tell you how much love + gratitude I have for Lindsay. Lindsay has inspired so many people to take up plants as their medicine, I’m forever grateful to Lindsay for sharing our story. I’m delighted when parents look into their children’s diets for clues into their health problems.

A year ago, Lindsay shared the story of my two kids for her Herbie of the Week (HOW) feature: HOW Kids: Jacob & Talia. The story focused mostly on Jacob, who went from having a perpetually stuffy nose, being constantly sick, and then ended up at the age of two with a trip to an ear, nose, throat (ENT) specialist who wanted to remove his tonsils, adenoids and put tubes in his ears. Yikes!

To me, surgery was not an option. With the guidance of a great Naturopathic Doctor, we uncovered food sensitivities; mainly eggs and dairy. I happened to be on a little food journey of my own, which started with clean eating, then organic, then dairy-free, then totally plant-based — so making the switch was pretty easy.

Jacob just celebrated his 5th birthday in August with a vegan and gluten-free (because I don’t eat wheat) chocolate cake. He’s diligent to ask when people give him food saying, ‘does this have cow’s milk in it?’ I had a good laugh, but was proud of his diligence when he asked this about pineapple. 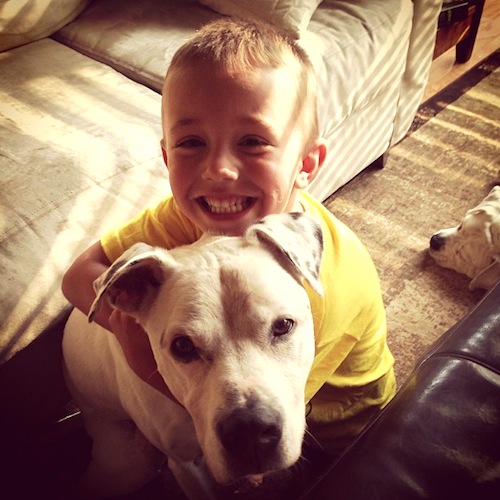 Jacob has been mostly plant-based since the age of two. All my home cooking is plant-based. I say ‘mostly’ because on occasion he’ll have the odd bit of meat or someone will inadvertently give him something with a trace of dairy in it, even if they had best intentions at heart. Funny, as he gets older, he might have meat on his plate when I’m not around, and many times he won’t eat it. He might take a bite here and there, but is generally more interested in other things — pretty much all fruits, roasted potatoes, pasta, tomatoes, cucumbers, and of course chocolate cake. I think this is a result of him growing up in a home where plants take center stage.

Talia, meanwhile, is almost two, and during my pregnancy with her I ate a mostly plant-based diet eating meat a few times a month, only if someone else was cooking. I avoided dairy for the most part by this time since I felt so much better without it. I nursed her for 10 months then switched her to an organic soy-based formula. By this time, I’d read enough about dairy to know that my kids would only have plant-based milks.

Talia also eats a mainly plant-based diet. When you have an omnivore family though, sometimes people offer your kids meat. She turns it down (atta girl!). If she inadvertently has large traces of dairy in something baked for instance, her digestive system reacts pretty quickly with diarrhea and a diaper rash. You might hear me yell ‘who gave this kid dairy?’ from time to time as I’m changing a monstrosity of a diaper.

Since Jacob ditched dairy, he almost never gets sick. He had exactly one cold last year — I’m not kidding. It lasted like half a day, and only marginally slowed him down. He goes at full-speed every single day from 6 a.m. until 9 p.m. (there’s that plant-powered energy!) His sugar intake is limited — he does NOT need any extra energy! His sugar mainly comes from fresh fruit. Plants give him all the energy he needs and more!

Talia is also a super healthy kid. She’s been much healthier than Jacob was at her age (he was still eating dairy at her age). Like Jacob, she also had only one cold last year; her brother kindly shared it with her, I’m sure. She had little bit of a runny nose, and was a little sleepy but was also pretty unfazed. She’s never had antibiotics, or any kind of infection.

My Husband is a Believer, too.

My husband, who started out as a skeptic, ditched the three different blood pressure medications he’d been taking since the age of 31 after a few months eating more plants. He eats totally plant-based at home, since I happily cook our meals, but will order meat or seafood when we go out. He doesn’t push it on the kids, or preach about meat anymore, and I don’t push him. He’s choosing plants over meat more and more and I’m filled with joy and so proud when he orders the tofu pad Thai when we go out. 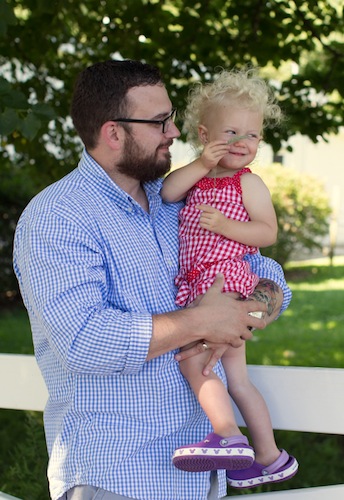 My Personal Message to Parents 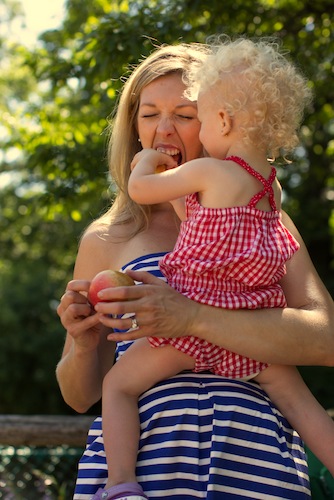 You can read more about Jacob’s journey to avoiding a tonsillectomy on Jacqueline's blog Barefoot Essence.

Thank you again for sharing your family's story with us (again)! There's no question: those beautiful babies are THRIVING!