Herbie of the Week: Brian (He's a Colon Cancer Survivor!) 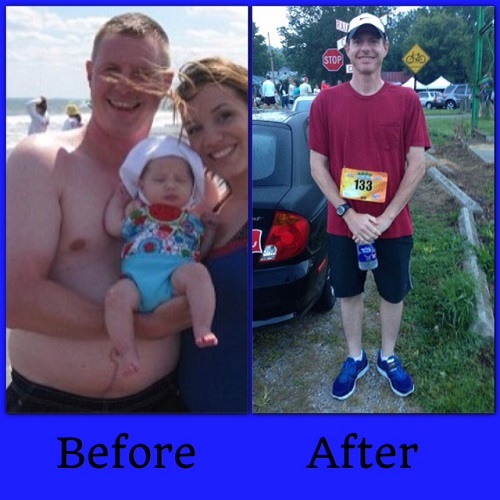 Back when I was working on the plant-based guys series (you can read Part 1 and Part 2), I met Brian who said at the end of his interview, "and I would LOVE LOVE LOVE to be considered for Herbie of the Week!"

Seriously though, Brian's story is awesome sauce! A colon cancer survivor (colon cancer at the age of 33!), Brian was inspired by his wife's plant-based journey to take his own. He's now lost 50 lbs and feels awesome! (and kudos to his doctor who talked to Brian about the relationship between cancer and diet!) 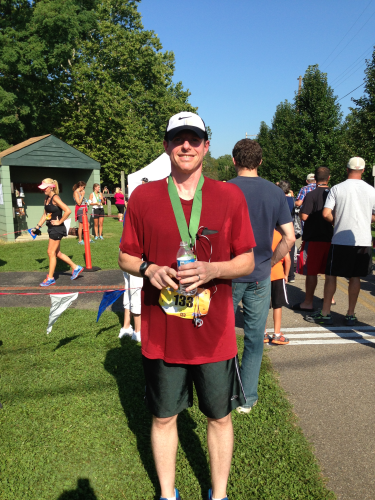 HH: How long have you followed a plant-based/vegan diet?

I became vegan 1/1/12.  I have had 2 or 3 slip meals since but other than that have maintained a plant-based diet.

HH: What motivated you to adopt a plant-based diet?

Number one motivation was my wife.  She became vegan August of 2011. Originally, she was going to slowly transition over the final 4 months of the year of 2011, but then she read The Kind Diet and that was it.

She was vegan the next day. At that point, she cooked her (vegan) meals and I would eat that along with some chicken, fish, steak. After all, I needed my protein! 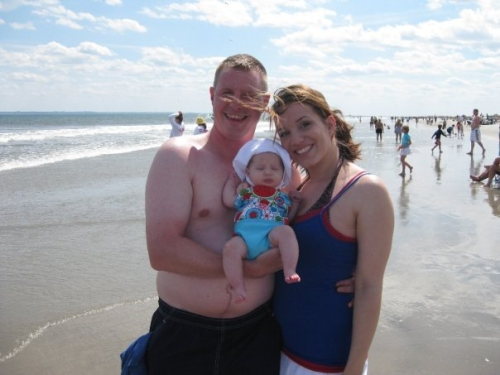 At some point toward the end of the year, I watched Fork over Knives and then I knew it was time for me to make the switch.

Number 2 motivation was my health/weight. In December 2008, I was diagnosed with colon cancer. It was rather surprising considering that I was only 33. I had surgery, chemo and radiation, so it pretty much consumed my entire year of 2009 (ohh, btw my daughter was also born in April 2009 so that took some time).

My surgeon talked to me about the role that my diet could have played in the development of my cancer. He explained how other cultures did not experience colon cancer at the same rate as those who eat a Western diet (he was Egyptian).  So that was filed in the back of my head since.

So I guess once Kelly went vegan, I knew it was time to start treating
my body better.

Number 3, I was fat. I saw how quickly and easily my wife was dropping weight without working out or restricting calories and I wanted in! 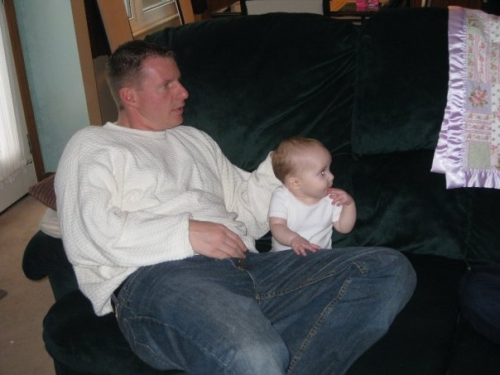 HH: One topic that came up often when I was writing and interviewing for the guys' series was social situations. How have you handled social situations? Have you received any teasing or flack from other men?

Yes. I just am very forthright in my opinions. Heck, I am from New York... it's the only way I know how to be. I believe in honoring my body, the planet, and animals, and I will defend my dietary choices. But that being said, I do my best to try to not criticize others who eat differently. Sometimes making jokes can ease tension with others. I have never worried about what other people think.

If I felt that someone was judging me this way (not eating "manly foods"), I would probably remind them that meat leads to impotence.

HH: LMBO! You crack me up. Any advice for others looking to make the switch to a plant-based diet?

Just do it.  I just think people think that it is so much harder than it really is. Also if you slip up .....SO WHAT...just start fresh right away and keep going. Also you will get plenty of protein.  Go talk to elephants and gorillas if that worries you at all.

In closing I feel better. I lost 50 lbs and I have more energy :) 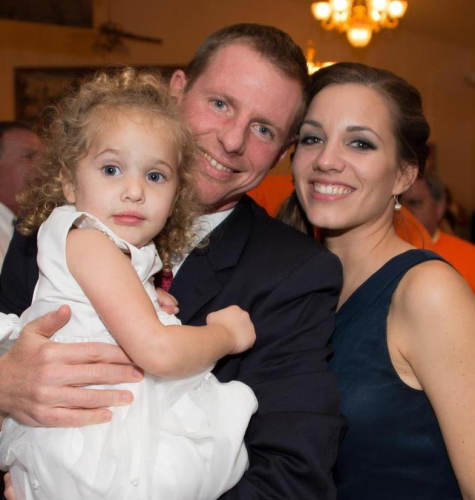 "I couldn't be more proud of Brian and I would like to brag on him just a bit more ;-)

When Brian and I met, he was in New York working in financials, very successful but feeling unfulfilled and altogether not satisfied.  After some encouragement to follow his heart and passion, he quit finance and has never looked back!  After some time off and some soul searching, he knew what I and everyone else already knew, that he was meant to HELP people, this beginning his journey into nursing.

A man as intelligent and driven as Brian could easily have gone to medical school but he really wanted to go into nursing. A sort of "in the trenches" way of really making a difference in people's care. I couldn't be more proud of him.

Right around Christmas of 2008 he was diagnosed with stage 3 colon cancer. We were shocked to say the least. I was pregnant with our daughter and we were scared.

Our journey to plant-hood came from the passing mention of a doctor from India that colon cancer simply doesn't exist where they don't eat red meat.

This concept floored me. From that day forward I knew diet and health were closely linked and we quit red meat then and there.  We stayed in this holding pattern for quite a while actually until I found The Kind Diet and shortly after, I discovered T Colin Campbell.

I knew Brian would never go for it, so I changed my own diet that day (August 2011) and he quietly stood by as I relearned how to cook all over again. Truth be told, I think he liked all the new foods and flavors but he remained skeptical until New Year's Eve of 2011.

That was the day he watched Forks over Knives.

Brian shook his head, stopped at the all-you-can-eat sushi on the way to work, and with every bite thereafter, he committed himself to plant eating. Yes, there has been the odd meal or bite here and there, but he is clearly thriving!

His before and after pictures speak for themselves I think, but it's worth mentioning that now, 4 years after cancer, Brian looks ten years younger, is an ultra full-time student (with incredible grades) working weekends, and just ran his first half marathon! (2:00:13). There is nothing he cannot do now!  His energy (and vigor wink wink) is that of a teenager.

People cannot believe he's fast closing in on 40! He inspires me daily by all that he does and has done, but maybe most importantly of all, every scan, test, blood draw poke, or prod he's had post-cancer has been not just clean, but astonishingly clean!

I have NO DOUBT he will live to be 100! (And probably just as active and spunky then as he is now).

Thanks for sharing your story with us, Brian (and Kelly)! I'm touched, inspired... crying tears of joy! xoxo