What is the Difference Between "Plant-Based" and "Vegan"? 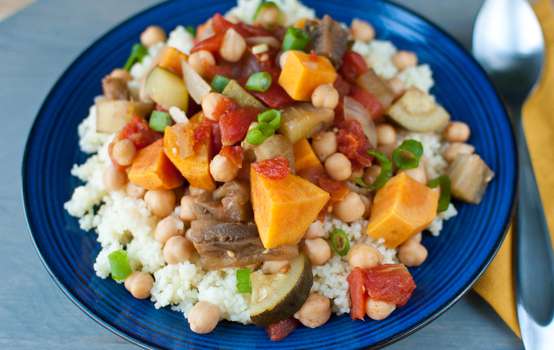 Enjoy all of the benefits of meal planning and more with our Meal Mentor membership. This includes 16 simple, healthy recipes and a shopping list for each week, as well as exclusive access to our members community and content library! 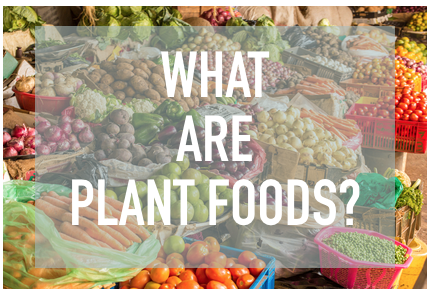 What are plant foods?

When talking specifically about diet/dietary choices and/or cuisine, "plant foods" refers to any edible food that isn't from an animal in any way.

Meat, bone, milk, eggs, or something derived from those items such as butter or gelatin is not considered a "plant food" or "plant-based". Everything else is, with one little quirk--see the honey section below.

Plant Fragments(refined foods) such as all purpose flour, sugar, oil, and junk foods like pretzels and chips, are also not considered "plant foods" even though they technically come from plants and do not contain animal products.

When people use the term "plant foods" and/or "plant based" they mean the whole food or some minimally processed version of it, or a meal prepared from those foods.

Likewise frozen corn would be considered "plant based" or a "plant food" just as much as corn on the cob, but High Fructose Corn Syrup would not.

What does "plant based diet" mean?

Unless the person tells you otherwise, assume they only eat plants and never eat animal-based foods or products such as meat, bone, eggs, milk, butter, gelatin, etc.

Most people who identify as eating a "plant based diet" also avoid eating plant fragments and focus on eating the whole plant or a minimally processed version of it.

What is a minimally processed plant based food?

Guacamole is an example of a plant food that is minimally processed or prepared. Hummus, applesauce, salsa, peanut butter, oatmeal, and vegetable broth would be other examples.

Condiments such as mustard, hot sauce, vinegars, and soy sauce are also generally accepted as within the scope of "minimally processed".

Corn tortillas, whole-grain breads (e.g. whole-wheat bread), and pastas (e.g. whole-wheat spaghetti or brown rice noodles) are slightly more processed than guacamole, hummus, etc., but these items are still generally accepted within the definition of "plant foods" and are included by most people following a "plant based diet."

Technically, mushrooms and yeast aren't "plants" since they belong to the Fungi Kingdom, but these foods are eaten by vegans and people who follow a "plant-based diet". Mushrooms and yeast generally get swept up into the "plant food" category. 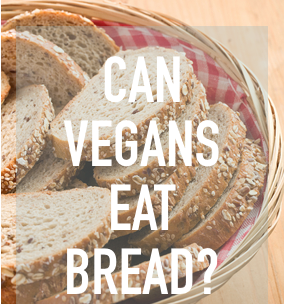 Can you eat bread as a vegan?

Traditionally bread is made from yeast, flour and water, and so it would be suitable for vegans. Some commercially sold breads contain dairy or eggs as fillers or stabilizers and those breads would not be considered vegan or plant-based.

How to find plant-based vegan bread. 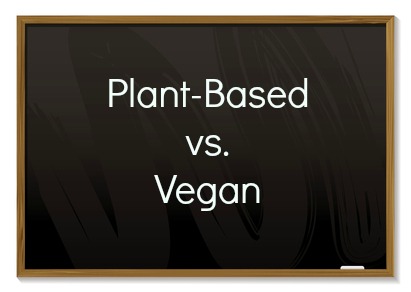 Is plant-based the same as vegan?

Not necessarily. The difference between “plant-based” and “vegan” may be subtle or vastly different, depending on the context and how the term is being used.

Vegan (noun) refers to a person with specific political and ethical beliefs. Vegans (and veganism) means abstaining from anything that involves the use of animals or animal products.

Vegans not only eschew animal products from their plates but also from their entire life. Leather, fur, wool and silk are not worn. Products that are tested on animals, such as some cosmetics, are also not used.

A person who follow a plant-based diet is not automatically a vegan.

Just like not everyone who prays is automatically a Catholic.

A specific example would be the use a leather. A vegan would not wear or buy leather but a person follow a plant-based diet might and might also have no moral objection to leather or killing animals for leather. Their diets and dinners may look a lot alike but their beliefs and lifestyles are completely different.

What is a vegan diet?

Vegan (adjective) is used to describe something that is free of any animal products or byproducts.

A person following a vegan diet will eat any food so long as that food does not contain animal parts or derivatives (no meat, milk, eggs, bone, gelatin, butter, milk, etc.)

This means a plant-based meal or "plant foods" would be vegan and suitable for vegans or someone following a vegan diet.

However, a food that is vegan may not be suitable for someone who is plant based or eating a "plant based diet."

Oreos, potato chips, Skittles, French fries, vegan cheese, vegan "faux" meat, Coca-cola, and pretzels are all good examples of this distinction. These items are free of animal products, making them "vegan" and suitable for vegans, but they are not considered "plant foods" (they are plant fragments) which are generally not suitable for people sticking to a whole foods, plant-based diet.

Is honey plant based? Is honey vegan?

Products that come from insects such as honey and beeswax are generally not considered vegan or suitable for vegans.

Although honey is technically not a plant or made from a plant (it's bee vomit) many people who follow a plant based diet that do not identify as vegans will eat honey.

What is the difference between a vegan and vegetarian diet?

Vegetarians eat eggs and dairy products such as milk, butter, yogurt and ice cream. Vegans do not.

Which is healthier vegan or vegetarian?

Any diet or lifestyle can be done incorrectly. A vegan living on potato chips and Twizzlers is not "healthier" than a vegetarian who mostly eats salads and stir-frys with the occasional dabble in cheese.

While there are associated health risks to consuming eggs and dairy products, a "junk food" vegan is not necessarily healthier.

You can also do a plant based diet wrong, as I did initially.

Read more on how I gained weight on a plant-based diet but lost over 100 pounds with my husband when we learned how to do it correctly.

It is important to keep the "veg" in vegan or vegetarian. 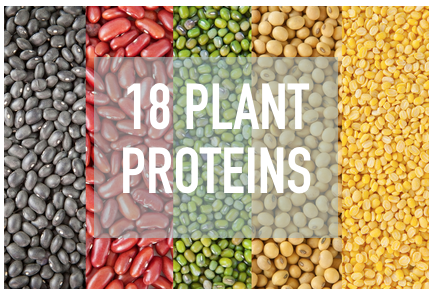 What is a plant source of protein?

ALL plants contain protein, even rice and bananas.

You get protein every time you eat a plant food. Fun fact: Spinach and kale have nearly twice as much protein as beef, calorie for calorie.

Our protein obsessed culture forgets that protein in meat is built from plants. That's right! Most farm animals are herbivores (plant eaters) so when YOU eat the plants yourself, you're effectively cutting out the middle man.

How do vegans get enough protein?

Absent special medical circumstances, you cannot be protein deficient unless you are calorie deficient and then you're deficient in EVERYTHING because you're starving.

Protein deficiency is so rare that most medical professionals don't even know the word for it. (It's kwashiorkor).

Humans are virtually certain of getting enough protein from plants as long as they consume sufficient calories. In fact, you could literally eat nothing but potatoes all day and still exceed your daily protein needs! 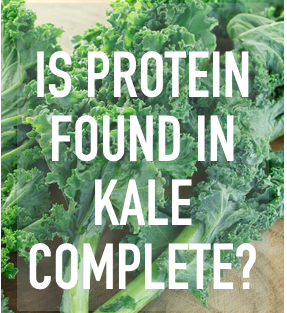 Is protein found in kale complete?

Plant proteins (including those in kale) are not "incomplete" or missing amino acids, which are two myths you've probably heard.

Your body pulls all the necessary building blocks (amino acids) it needs from ALL the foods you eat, even if you don't eat them at the same time or at the same meal. 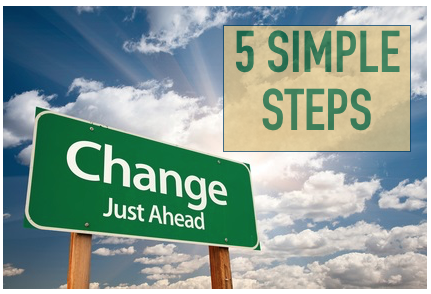 How can you change your diet?

Note: Many members add meat, cheese, or eggs to the meal plan meals during transition. This is a great approach. Download your Free 7-day vegan meal plan.

Switching to a vegan diet can also be a large financial investment.

While vegan and plant-based alternatives are competitive in cost, buying them all at once can feel overwhelming.

When something runs out, buy the vegan alternative next time.

For example, when it's time to buy mayonnaise again, purchase a vegan brand instead. For example: Hellman's makes a vegan brand, Trader Joe's "Reduced Fat" is "accidentally" vegan, and Just Mayo is a popular vegan brand.

Peanut Butter and Coconut Milk are vegan and plant-based.

Hummus is a wonderful food during transition and after. It's great on a bagel (instead of cream cheese, on a sandwich (instead of mayo or cheese) in a wrap with vegetables or as a snack.

Download your Free 7-day plant based diet meal plan to get started.