Herbie of the Week: Sherry 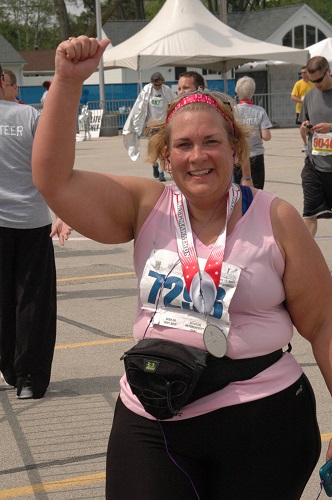 Back in late April, I received this wonderful email from Sherry telling me all about her amazing journey since switching to a plant-based diet. I knew I had to have Sherry as a Herbie of the Week and today I'm sharing her email and interviewing her about her journey.

Sherry after her recent half-marathon (Congrats!!)

"I want to write and say how wonderful this past year has been for me. I began my journey last April at 300 pounds and walking a 5K. This month I ran that 5K in 46 minutes and I'm training for a half marathon next month. I'm down 79.5 pounds and love all the good foods I'm eating and how well I'm feeling. I was diagnosed with fibromyalgia and chronic fatigue in May 2011. I still have my occasional aches and pains but nothing like before. I also am a migraine sufferer and rarely need to take more than Aleve to abort them anymore.

I love your meal plans. My blood pressure is great at 118/65 was 130/80, although I never had high cholesterol all my numbers have also gone down. I was so worried when I first started at how I would give up chicken, fish, dairy. Now I wonder why I ever ate that stuff in the first place when there are so many yummy fruits and veggies to enjoy. I work as an RN and I'm teaching my patients about this lifestyle now and I've converted 3 people  at work. Thanks to all in the plant based community. If you want pics I would love to send them to you." 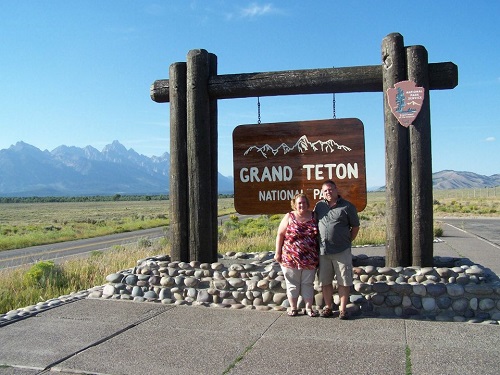 HH: Tell us a little about yourself and how your journey began.

So my journey actually began November 2011 after earlier being diagnosed with fibromyalgia, chronic fatigue, and (already had) menstrual migraines. I saw my primary care doctor and told her I was going to start my new gym that night and my goal was 30 minutes a day. She shook her head and told me due to my current conditions, I was going to need to start low and go slow to prevent overdoing it and worsening my symptoms. She gave me an article from the CDC that had me start at 5 minutes every other day and increasing each week as tolerated. For the first time in my life I actually listened to my doctor and set a goal of reaching 30 minutes every other day by January 1st, 2012. I made that goal but had only lost 10 pounds.

HH: So how did you find out about the plant-based lifestyle?

In late February 2012, my mother called me and was going on about this new diet, plant-based. I was thinking, "oh my, now what?", as my mom has been on every diet out there including Atkins, the blood type diet, Nutrisystem, etc. She explained that my step father had been able to reduce his insulin use for his diabetes and they were losing weight. She had been to visit my sister and she was plant-based. She told me about Engine 2 and Forks over Knives.

HH: What were your initial thoughts about trying it?

My first reaction was, well I coulddo this but I would still want to eat chicken, fish, and cheese. My mom would bring it up when we talked over the next month and when I said, "I don’t think I can do this," her reply was, "I didn’t think you would do it." This is exactly what prompted me: it was like a challenge and I was like, "oh heck no, now I am going to do it because she doesn’t think I can."

HH: I hear this so often! Feeling challenged can really change your attitude. How did you start to make changes?

I picked up Neal Bernard’s 21-day challenge and read it in one night.  I then picked up Forks over Knives, Starch Solution, and Engine 2. At the beginning of April 2012, I started eating plant-based breakfast only, the next week I did breakfast and lunch, and the following week I went to plant-based all day and brought my husband on board. 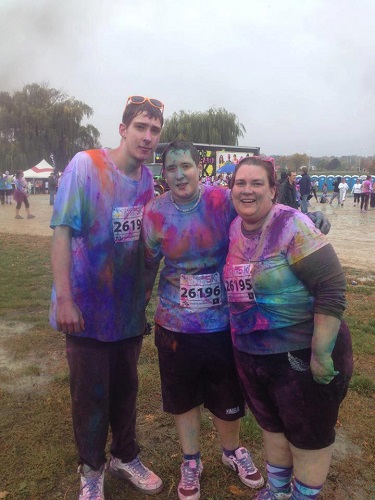 HH: That's wonderful! You also got started doing 5Ks, right? Tell us about that.

It was around this time we participated in a 5k run/walk. I walked the entire way and finished in over 1 hour. When I first started, I was trying so hard to replace meat and not just enjoy food. After talking with my sister, that’s when I realized I needed to keep it simple at first. Once I did this and bought a few Happy Herbivore meal plans, things really clicked. I started doing a Couch to 5K on my own in July.

I did several 5Ks this past year, each time improving my time. I even participated in a mud run (wow, that reallyshows how out of shape a person is). We had a family reunion in August and my goal was to be down 50 pounds (I was close, at 45 pounds) and the great part was I lost weight on vacation (5 pounds). In September, I joined a run/walk group at Fleet Feet called No Boundaries. I met awesome people and it was great learning about running. I met my running buddy Kathleen and she has somehow convinced me to run a half marathon with her in May. 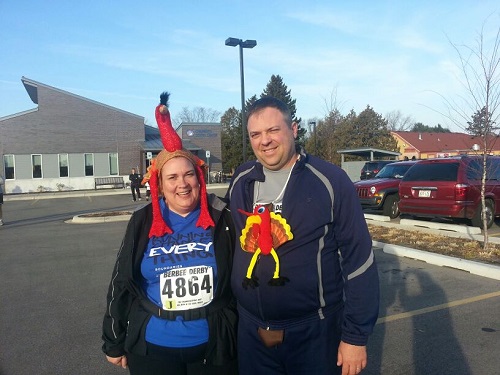 HH: You've done some traveling recently! How have you handled that?

I traveled to visit my sister in February and we cooked a lot of good food and again, I lost weight on vacation. I was able to find a vegan-friendly restaurants in all our travels through Florida, Georgia, and South Carolina. My husband and I also always buy a disposable cooler and pack veggies, wraps, fruit, and hummus so we always have something good to eat. This isn’t a diet, but a lifestyle. I’m only halfway to my goal but I don’t worry about getting there — I know I will. 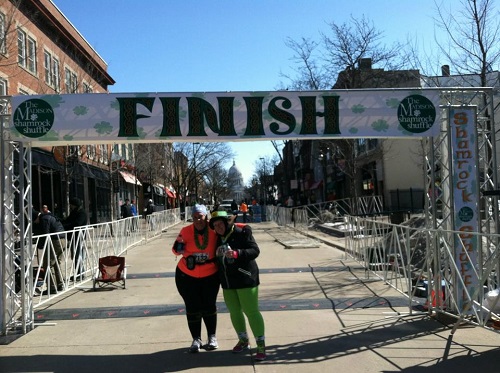 I just keep pushing myself to find new ways to exercise to keep me motivated.  I’m also a headache clinic nurse and I’ve started educating my patients on lifestyle changes to help them improve their condition.  I tell my story and tell them if I can do it, you can too.  I hope to one day be able to take E-Cornell Plant-Based Nutrition Certification Course.  Thanks to all the plant-based community for all the good you do.

Sherry, thank you so much for sharing your inspiring story! I love your positive attitude :) 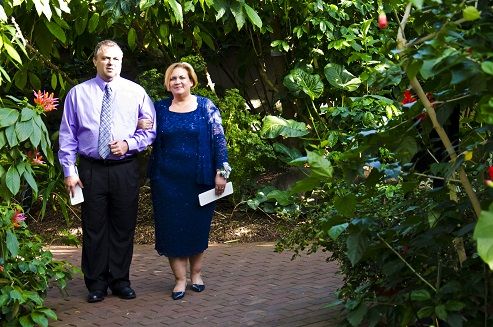 UPDATE (July 9): I'm still doing great. I'm down 85 pounds now; it's been slow lately due to daughter getting married and vacations where I wasn't eating clean (still vegan, but too much processed food).  I'm back to losing about a pound a week again after doing the 3-Day Reboot from Happy Herbivore. I've attached a recent pic from daughter's wedding. I'm now currently training to compete in duathalons (running/biking) and I've added 3 days a week of strength training also.