A Tale of Serendipity with a Herbie 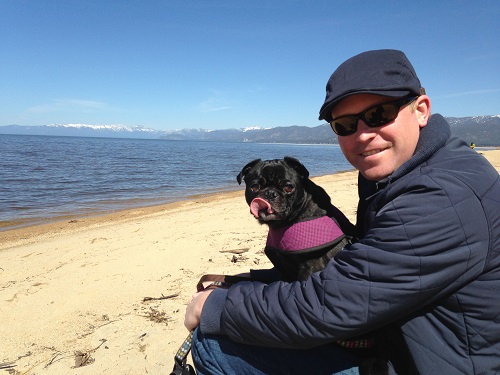 Happy Memorial Day, Herbies! Today's blog post is a heart-warming tale of serendipity. (I hope you enjoy it and your holiday!)

Before I get to the story, however, I have an announcement!!

By popular request, we're offering an annual meal plan subscription but only for alimited time. The offer ends this week (Sunday, June 2)!

*If you're already a subscriber, you can change to the annual subscription from your profile.

We've got some big new features comingfor monthly and annual subscribers, too -- like a teleconference and webinar next month, as well as some cool ebooks.

When Scott and I moved to Lake Tahoe for the winter, we joined the local gym to work with a trainer to fix some muscular imbalances and problems we both had. Me, from years or walking around in high heels with a heavy laptop bag or purse slung over one shoulder, and Scott from an old injury.

Anyway, when our therapist found out we were both plant-based, he introduced us to one of his trainers who had been raised vegan since birth. We became social with the fellow veghead and chit-chatted briefly anytime we saw him there.

After one of our sessions, he came up to me and said, "I just started working with a new client. He's recently plant-based, and get this! He was raving about your books! He came in telling me he'd just bought these books by the Happy Herbivore and that they were awesome and I had to buy them. Of course, I had to tell him, 'I know her! She trains here!'"

I was beaming and told my pal, "Let me know when you're training him next; I'll pop in and say hello."

Sadly, my schedule was crazy crazybusy, and I couldn't catch any of his sessions for weeks. I was feeling pretty bad about it and kept hoping that I'd get a chance to say hello before we left Tahoe. 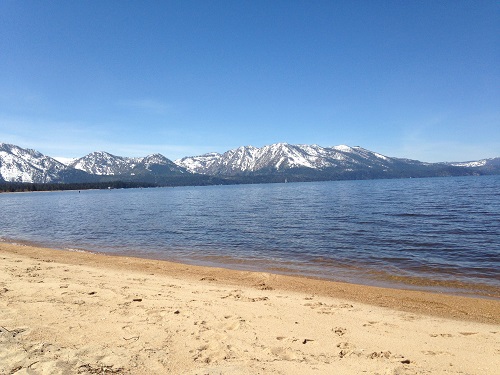 Anyway, a few days before we left Tahoe for good, Scott and I decided to go to the lake and enjoy some of the Spring weather.

I even posted a picture of the lake on Happy Herbivore's Facebook page showing off my incredible view for the afternoon.

I came home several hours later and found an email from Jack, the guy who had been training with my pal that I'd been meaning to meet. He was asking if I would come talk to his exercise group that week since he'd mentioned me and my books in a group session previously. 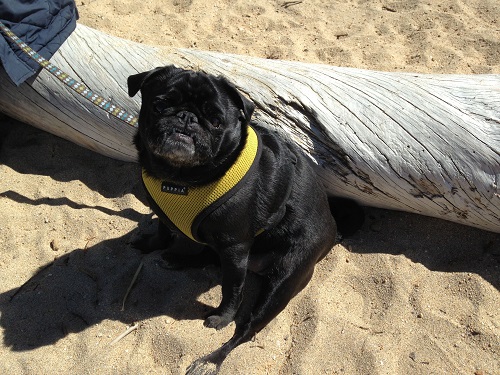 The class happened to be our last night in Tahoe *and* I was free — finally! I was going to get to meet this guy! Yes!

After I sent my reply I could make it, he emailed me back again. He said he saw on Facebook that I was at the Lake earlier and that he too had been there, wasn't it such a lovely day? He also attached a picture of him and his wife that he'd taken at the lake that afternoon and WOULD YOU BELIEVE IT? —  they were the nice couple we'd chatted with as our dogs played.

I was like OH MY GAWD. WE MET YOU AT THE LAKE!

Jack looked back through his pictures and found something I will always cherish.

He'd taken a beautiful picture of the lake and if you squinted, you could see me, Scott and the pugs sitting on a log in the distance. 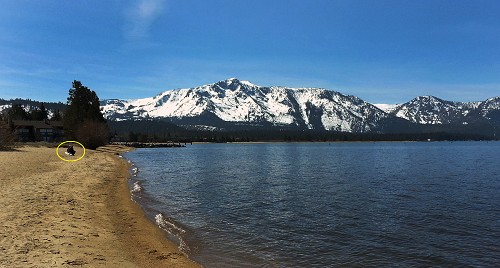 I could not believe it. You just can't make this stuff up. What's that saying.... it's written in the stars?

I *did* end up going to Jack's class and meeting him in person (again). It was awesome.Life is awesome.