Herbie of the Week: Beth (She Beat Infertility and PCOS!) 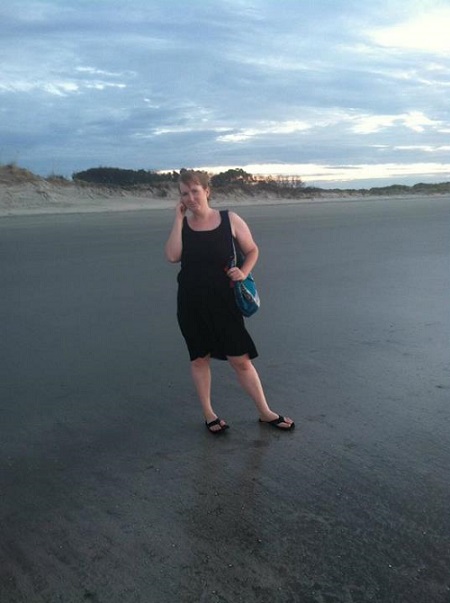 In honor of Mother's Day, we have been focusing on Herbie parents and kids this week and we're continuing that theme today with our Herbie of the Week: Beth! By adopting a plant-based diet, Beth reversed her infertility related to Polycystic Ovarian Syndrome (PCOS). She also lost 72 pounds, reversed her IBS and was able to get off her meds!! She also faithfully uses the meal plans!

Back in January, Beth emailed me, the subject: "Herbie for Life" with a short-and-sweet email:

"Just wanted to share my story with you. I have been on a whole foods plant-based diet since October 2011 after watching Forks Over Knives. I have all the Happy Herbivore books and use them all the time. Happy Herbivore Abroad is my absolute favorite.I have lost 72 pounds. I am off my blood pressure medication. My total cholesterol has gone from 195 to 145. My LDL has gone from 118 to 68. I was diagnosed with PCOS and suffered from terrible menstrual cramps. I was told I would probably not have children without fertility medication. Within the first month of starting my plant-based diet, the cramps were gone. Then I became pregnant without drugs. Everyone keeps commenting on my complexion and youthfulness. I feel better than ever! I'm an Herbie for life!"

I was so happy and excited for Beth and her family and asked if she'd be open for talking more about her journey as part of the Herbie of the Week Series. Thankfully, she said yes!

HH: Fertility (and pregnancy) has been cropping up more and more in this series. First we had Ferrin, who was diagnosed with severe endometriosis and told she wouldn't be able to have children, but thanks to a plant-based diet, Ferrin "cured" herself and went on to conceive. Then there was also Margret, who had an amazing plant-based pregnancy... Anyway, you too seemed to find a connection between fertility and diet/nutrition. Can you tell us a little bit about your history and experience?

Since puberty I have always had an irregular menstrual cycle, usually around 2 periods a year. And when they did come, it was awful. They were very heavy, I would pass out, I couldn't move from debilitating cramps. I would lay on the bathroom floor in the fetal position, and nothing would help.

I had many other symptoms: gaining weight and trouble losing it, bad acne, facial hair, and fertility problems. 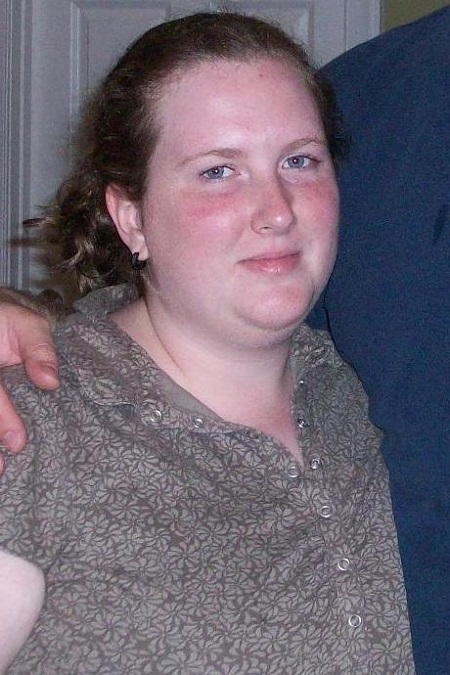 HH: I've received a number of emails from women about PCOS and if a plant-based diet can help. What have you learned? What are your experiences?

I have read a lot of information about it, and everyone says it is not curable. Everyone's main goal is to manage and treat the symptoms. I have always been opposed to medicine that only treats the symptoms. I always want to know what the real problem is and treat it.

I tried changing my diet to what the doctors recommended. I cut out all white foods: white rice, potatoes, white bread. That did not seem to help at all. I went a step further and tried the low-carb thing. That was the most miserable I have ever been. After a few months on that diet and going nowhere, I decided to watch Forks Over Knives on Netflix. I had no idea what it was about and hadn't heard anything about it. Everything in the film just made sense and I thought, "I am going to try this. Maybe it will work for me."

The next day, October 2, 2011, I began my new plant-based lifestyle. It was the best thing I ever did.

HH: Was the switch difficult for you?

It was rough in the beginning. I remember about 2 weeks into the plant-based lifestyle I got the worst headache that lasted about 5 days. I almost gave up. I kept fighting through it though. I think it was just my body finally beginning to detox. I felt like my eyes were sunken in, and I thought there was something wrong with me. I think it was just all the chronic inflammation in my face going away; I didn't know what I was really supposed to feel like. 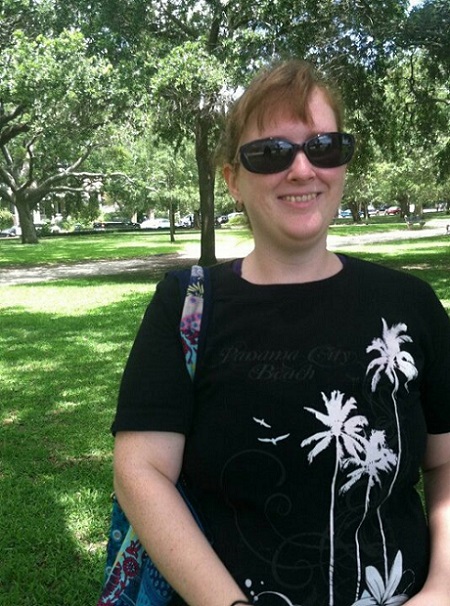 HH: What about the menstrual cramps and other symptoms you had? Did they go away or alleviate? When did you finally start to feel some relief after you detoxed?

Within a month, my debilitating menstrual cramps were gone. That is when I knew this was working for me. That alone was enough motivation for me to keep going on this diet.

Plus the pounds just kept flying off, and I kept feeling better and better. I have lost a total of 72 pounds, and feel the best I ever have in my life. I know that this is a permanent lifestyle for me. The meal plans make it so easy. They've been a huge help and I wish I had found them sooner.

HH: Wow! That's a lot of positives! Have you experienced any other benefits?

My other health problems went away also. For example, my chronic constipation, which had been diagnosed as IBS, was gone. I had tried everything for it in the past and nothing worked. My blood pressure was normal, and I went off my blood pressure medication. My total cholesterol went from 195 to 145. My LDL went from 118 to 68.

HH: You mentioned earlier that in addition to going off blood pressure meds, you also went off birth control, which you were using for reasons beyond pregnancy prevention. Can you tell us a little more about that?

I had been taking birth control pills to regulate my menstrual cycle. I decided to stop taking them to see if my body could now regulate itself. For 4 months in row, my periods came like clockwork. Then, I became pregnant. This was a huge shocker, because my doctors had told me with PCOS, I would probably not be able to get pregnant on my own without medication.

HH: Thank you Beth for sharing your story with us. You are an inspiration.

UPDATE (5/3): "I'm holding steady with the weight loss, and I haven't had any recent medical problems."

For more information on PCOS and a plant-based diet, please see the following links:

Treat PCOS with a Vegan Diet (Dr. Neal Barnard via The Kind Life)

I also found many other personal experiences in comments on forums, like the PCRM forum.