A Vegan Taste of Vegas 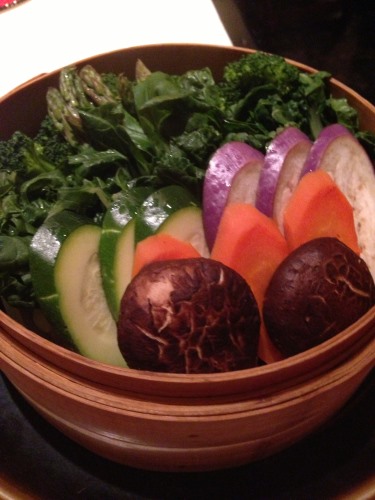 I spent the last two weekends shuttling myself back and forth between LA and Vegas. Go figure, now that my hiatus is over — I'm finally taking a break. Procrastinator through and through!

Anyway, here are some of the tasty treats we discovered in Vegas. Overall, I'd say Vegas is one of the easiest places I've been to in terms of foraging for vegan fare (and not just "vegan" fare, but healthy fare! You can find French fries anywhere, after all).

By the way, Scott and I have a sick obsession with steamed dumplings, so I apologize that you're seeing three variations of the same thing. Since they're always oil-free (and typically plant-based — sometimes they have pork or seafood, always ask!), they're a safe bet for us when dining out. 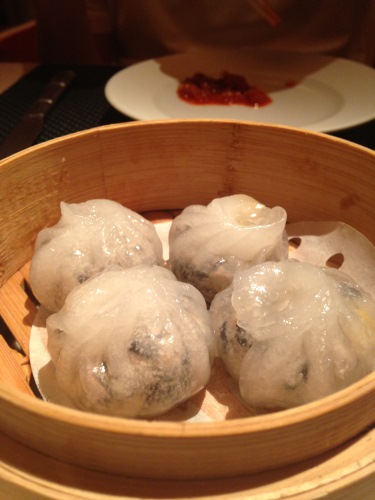 We had these at Wazuzu at the Encore hotel (twin to the Wynn). They were called "Palm Pockets," but it's basically a steamed dumpling with corn, hearts of palm and other vegetables. I could pop 100 of these in my mouth. 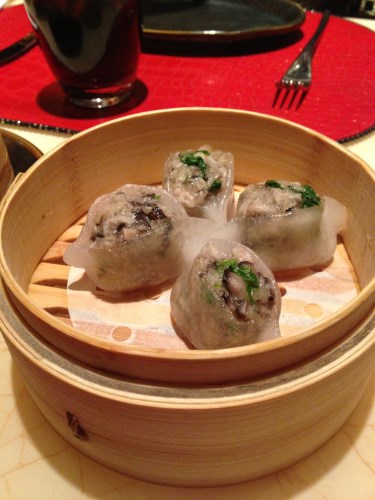 This is the White Lotus. Available at Wazuzu and also Red 8 at the Wynn. 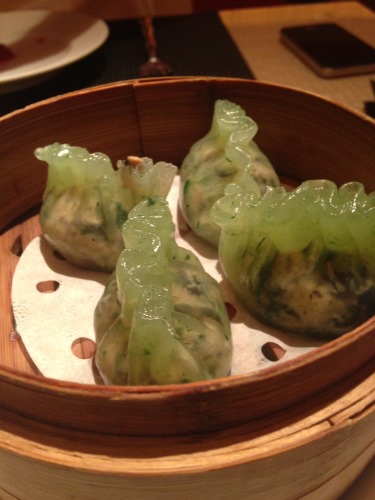 Jade Dumplings. Available at Wazuzu and Red 8. We ate 12 of these. 12 — as an appetizer. The waiter was laughing.

By the way, every restaurant in the Wynn and Encore hotels (including the steak house!) has a special vegan menu. You can see a small sampling online: Wynn vegan menu. 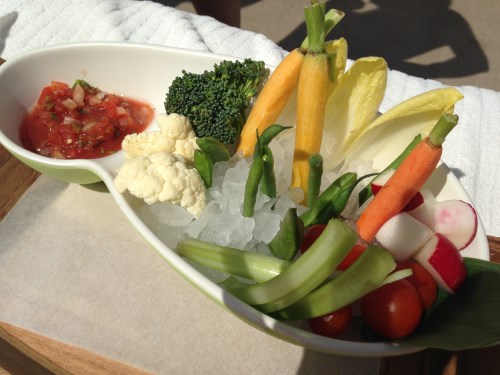 Frozen crudites at Bare (a pool at the Mirage). It normally comes with ranch, but they allowed me to substitute salsa at no extra charge. Frozen vegetables are pretty amazing... 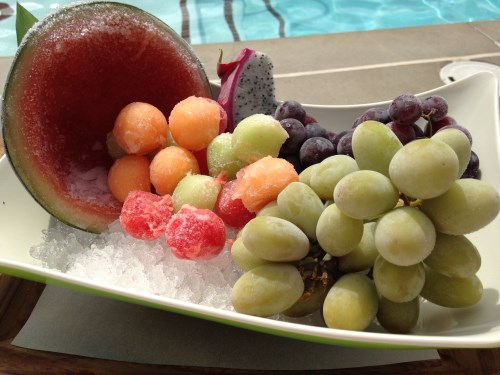 ... But not as amazing as frozen fruit. LIFE CHANGED!

I ordered a big bamboo basket worth of steamed vegetables at Red 8. 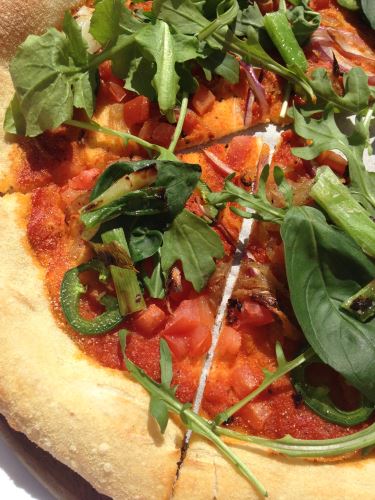 Scott ordered a "cheeseless" pizza at the Bare pool. When the chef found out we were vegan, he made a special pizza just for Scott. It had jalapenos, basil, arugula, spinach and their special marinara. "White" carbs upset my stomach so I had to pass, but it smelled amazing. 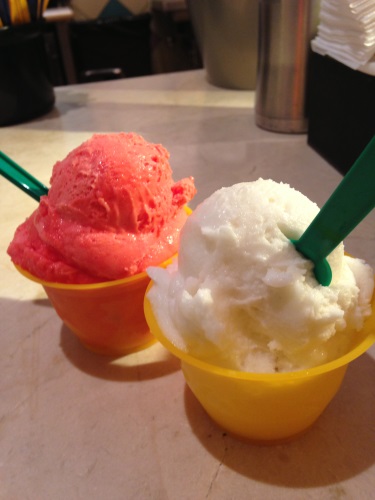 His and hers vegan gelato at The Venetian. I ordered mango (the pink one). I forget what Scott ordered (oops!) — there were 12 different flavors to pick from. We treated ourselves after seeing KA (which was amazing). We also loved O.

A number of people on Twitter kept recommending Pura Vida, an all-vegan restaurant in Las Vegas. Always happy to support a vegan restaurant, we stopped by on Sunday.

First, the menu said these pancakes were whole-grain and oil-free, so I knew I had to get them. I also ordered a short stack. THIS IS A SHORT STACK. 6 pancakes! They came out served in a tower, but I couldn't attack the tower without disassembling first. Those are my arms. I was making a "where do I start?" gesture. 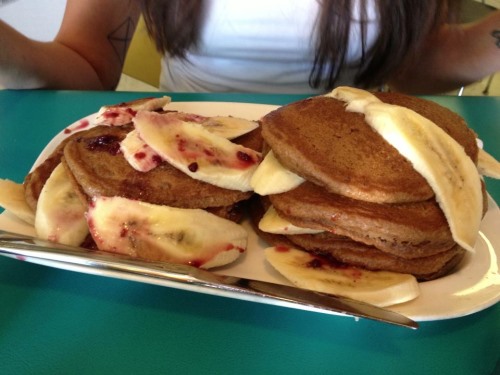 Scott ordered a breakfast-brunch platter. Healthy? — No, but he said it was really good! 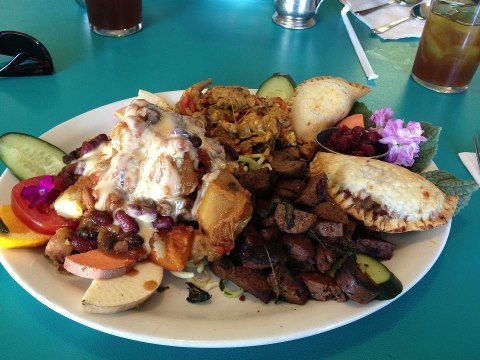 And there you have it!

I love LOVE Vegas. I'm not a gambler. I'm not even a night club person, and I love Vegas. If you're looking for a great place to take a trip (while making it still easy to be plant-based), Vegas is a GREAT destination.

Maybe I can have one of the HH weekends in VEGAS!