My Visit to the Elephant Sanctuary 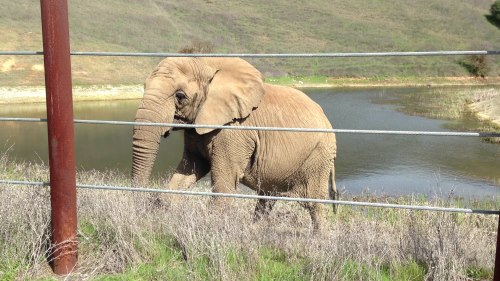 Last weekend, Scott and I visited the PAWS Elephant Sanctuary. It was, by far, one of the greatest experiences of my life and I hope I can do it a little bit of justice with this post and a few videos we shot while there. 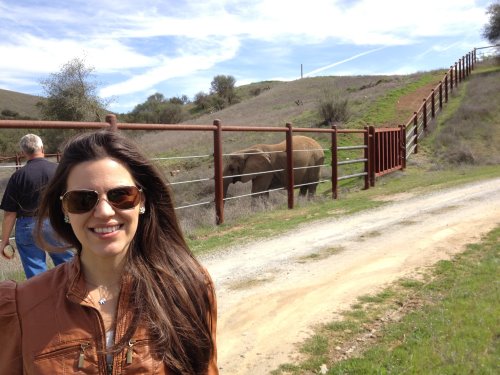 A little bit about PAWS:
"The Performing Animal Welfare Society (PAWS) captive wildlife sanctuaries are places where abandoned, abused, or retired performing animals and victims of the exotic animal trade can live in peace and dignity. For more than 25 years, PAWS has been at the forefront of efforts to rescue and provide appropriate, humane sanctuary for animals who have been the victims of the exotic and performing animal trades. PAWS investigates reports of abused performing and exotic animals, documents cruelty, and assists in investigations and prosecutions by regulatory agencies to alleviate the suffering of captive wildlife."

We "met" the three African ladies: Mara, Lulu and Maggie, as well as Nicholas.

(You can read more about each elephant and their history here.)

Mara was my main photo subject of the day — she was always coming over to say hello. We also grabbed some great photos of Nicholas, who had such a personality!

The pictures don't even begin to show how big and beautiful elephants are — and how graceful and majestic! I've always loved elephants and now, more than ever, I'm glad my logo is an elephant. LOVE Herbie! Even if he's not "real" but within our hearts.

Speaking of being big, despite these herbivores being 8-10 ft. tall and weighing 9-11,000 lbs., I did overhear one of the visitors inquire about protein. Oy vey.

Now for some pictures! 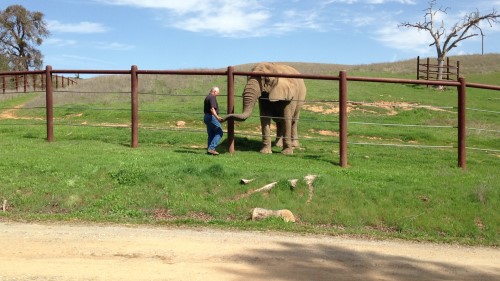 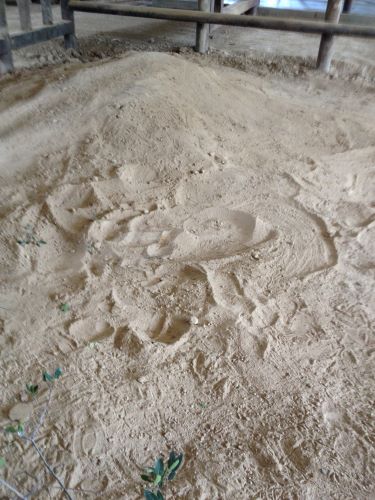 You can actually see where Nicholas sleeps — he curls up!

Nicholas entering his barn for a snack and training. He has such a personality. 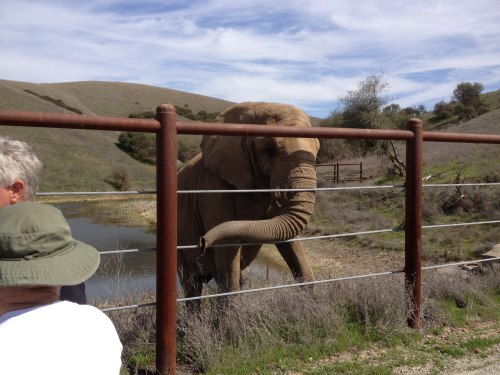 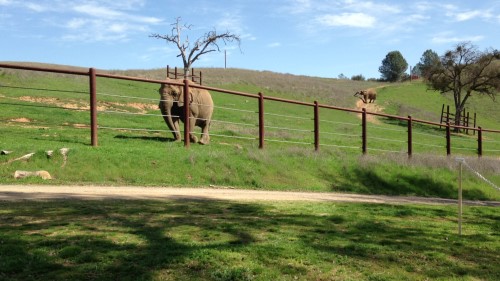 Mara is determined to pick your pocket, but she has lots of love for her human.

Mara playing with the fence. By the way, even using all 127 pounds of my weight, I could not move that wire a centimeter. I sat on it and it didn't budge a hair — that's how strong she is! 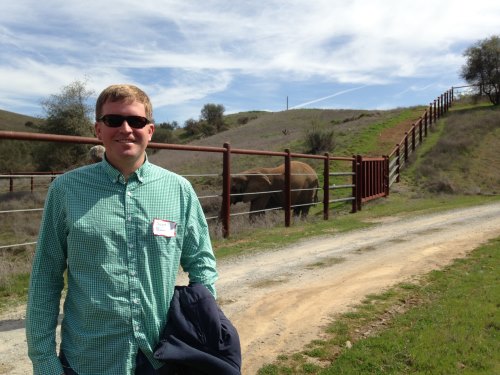 If you've enjoyed these pictures and videos, please do the elephants a favor and make a donation to PAWS. Every little bit helps! 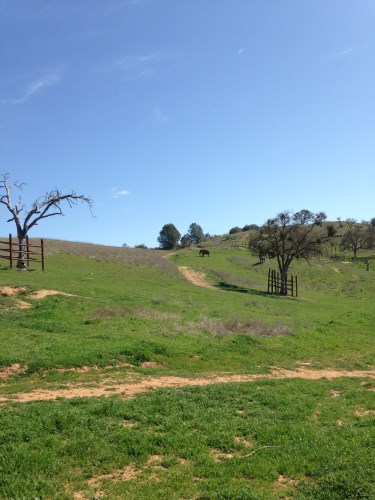