Cam. F. Awesome (yes that's his real name!) is indeed awesome. I met Cam through former Herbie of the week, Ami. Cam is such an inspiration and living proof that plants mean power. Cam is an amateur boxer and taking names!

1. How long have you been an athlete? Plant-based? How'd you hear about a plant-based diet and what motivated you to make the switch?
I have been a plant-based athlete since June of 2012. Bill Mackey became my client at my boxing gym and started training for a ﬁght. His wife is part of the Engine 2 Team. At 45, he was 225 lbs. and due to his plant-based diet, he put on muscle and dropped fat at an amazing pace with little recovery time needed. He attributed it to his plant-based diet.

2. What moved you to a plant-based diet?
I was in a dark place in my life and decided to change my life around, starting with my diet. The Mackeys were a big inﬂuence on this decision and helped me learn all about it. 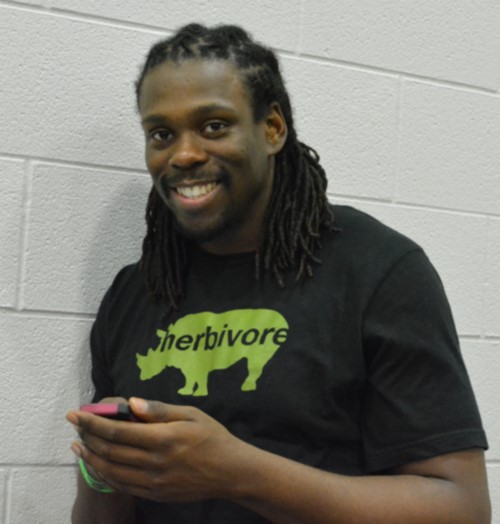 3. Have you noticed a difference in your performance since being plant-based?
Yes, I've noticed a great difference. I was at 260 lbs. and over 36% body fat working out my hardest and boxing. I have dropped 40-plus pounds, and now I am faster in the ring. I had more energy to add more strength and conditioning to my regimen and became leaner, faster, and stronger. I couldn't do this before because it is impossible to outwork a bad diet!

4. What challenges (if any) have you noticed since plant-based eating is not too popular in sports?
There is never any healthy food at the gyms and it's hard to ﬁnd oil-free plant-based food sometimes, but I am always prepared and bring snacks with me everywhere. 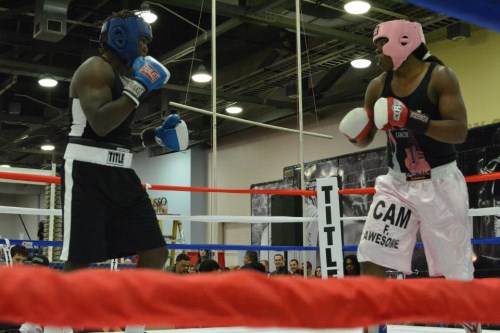 5. What advice do you have for someone interested in getting into boxing?
I would say it is never too late to start boxing. I started at 17 and was ranked number 1 in the country by the age of 19. Bill Mackey started boxing at 45; he has had a couple ﬁghts and is turning into a great coach. I would say your heart has to be in it 100% though.

6. Have you had to dispel the "protein is king" myth?
I get it at the gym a lot...which is funny because I am there working out and sparring constantly. When a crowd develops to watch me spar, I am pretty sure it’s not due to my lack of protein :)

7.What is your favorite boxing memory?
Being in England as captain of the U.S. national team and carrying the U.S. ﬂag out as I led my team to the ring while they played the national anthem.

8. What is your favorite Happy Herbivore recipe?
Easy! HH Italian Sausage! Love it!

9. Frequently, I get a lot of guys saying they're worried how other guys will perceive them, like they are less manly for not eating meat.  Any thoughts or advice?
Yeah, I am guilty of making fun of a guy for eating carrots or something not so "manly." No one will say that, because I am a Super Heavyweight 8-time national champion boxer and I dare anyone to challenge my manhood. When people think vegan, they think skinny hippie — I would like to dispel that myth. 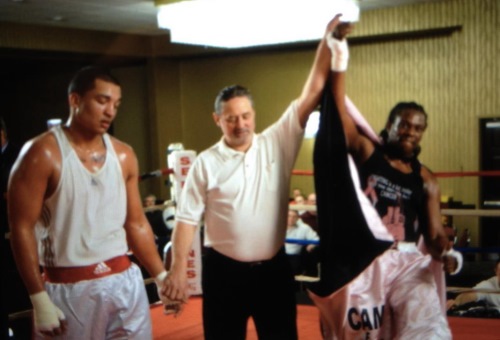 10. What's a meal look like for you?
A big plate of brown rice pasta with oil-free tomato sauce, onions, peppers, garlic, HH Italian sausage, and a HUGE bag of steamed spinach. I burn a ton of calories, so I eat a lot!

p.s. Cam heads to the USA National Amateur Boxing Tournament on March 30th in Spokane, WA boxing for a chance to win the national title and represent the USA on the International boxing team!!

10X National champion boxer! #1 in the US at S-Heavyweight! following a whole foods plant-strong plan.