Herbie of the Week: Kelsey 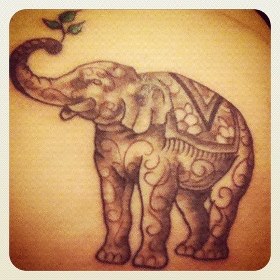 Last October, Kelsey and I were brought together by one of Kelsey's coworkers, who'd emailed me about Kelsey, suggesting I interview her as a Herbie of the Week. I asked Kelsey's coworker to have Kelsey email me directly, so we could talk about her journey. Right off the bat, Kelsey hit me with amazing news:

Then Kelsey buttered me up a little bit ;)

"I frequently use your cookbooks for mealtime (as well as my husband!) and found you early on in my journey."

SOLD! Just kidding! I'd have interviewed her regardless :)

P.S.: A special congrats to Kelsey! Yesterday was her 1-year Veganniversary!!! 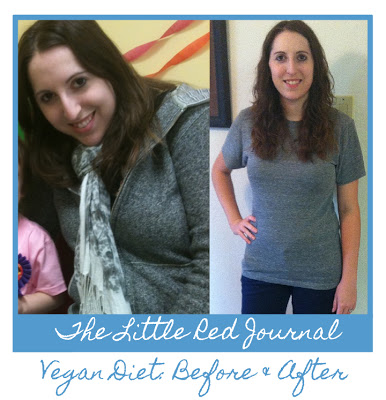 This is Kelsey's story in her own words.

My journey started after my mom was diagnosed with Type 2 diabetes in January 2011. My grandmother had been diagnosed with Type 2 diabetes a decade earlier, so I knew I was at a higher risk. In February 2012, I stepped on a scale at the doctor's office and was surprised as they slid the bar until it read 155 lbs. I was shocked to see that I had gained 35 lbs. since high school, but it made sense with my diet and lack of exercise during that time. Those two events prompted my lifestyle change. I had some worrisome bloodwork results from nearly a year earlier but failed to take action until last February. My cholesterol was at 219 in January 2011, and probably much higher than that when I changed my entire lifestyle. My only regret was that I did not have blood work done when I started my lifestyle change. I truly believe I was much worse off because I had eaten even worse throughout 2011.

How did I let my health slip? After a couple of stressful years, I started to care less about what I was eating and assumed that I was bulletproof since I was in my mid-twenties. Even as I prepared to get married, I joked that I wasn’t going on a diet like all the brides out there. I had always taken my health for granted. Looking back, I know exactly how I got here: fast food drive thrus and excuses for not wanting to cook at home and make healthier food choices. Every time I ate something I shouldn’t have, I thought, “This isn’t that bad! It won’t hurt to eat this little piece.” I was just in denial that my food choices would have any impact on my health. 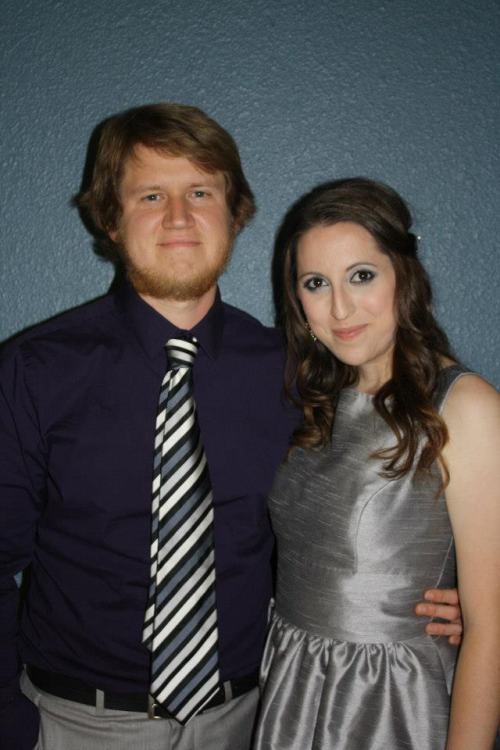 After I left the doctor’s office in February of 2012, I immediately went home and watched Forks Over Knives for a second time. I had seen it a few months earlier and was shocked by the information in the film. Although it was educational and inspiring the first time, I didn’t alter my habits too much. However, the second time I watched it, there was now a sense of urgency to
retain the information, discover new resources (like the Happy Herbivore cookbooks and blog!), and put the information to use immediately. Once I finished the film, I walked to the pantry and nearly emptied it completely. We had a bag of rice and some beans, but almost everything else was not plant-based. I had to relearn how to shop, prepare meals, and even cook. My dad always liked to joke that I couldn’t even boil a pot of water (somewhat true)! This lifestyle has definitely taught me how to be creative in the kitchen and to not be afraid of trying new ingredients. The change was definitely huge and there were many naysayers in the beginning. Some people thought I would lack many nutrients and others thought that what I was doing was dangerous for my health. I knew there was nothing dangerous about eating fruits and vegetables and I armed myself with knowledge and found Dr. Linda Carney, an amazing vegan doctor just outside of Austin, Texas. I am lucky to have such a great doctor who has supported me from the moment we met. She spent time educating me on the benefits of eating plant-based and introduced me to various resources that have been vital to my success.

Within three months of going plant-based, my cholesterol dropped to 140 (nearly 80 points down from 219 in January 2011) and my liver was no longer in the red (my ALT went from 89 to 25). I had a surge of energy, was feeling great, and the “fog” that I was living in had lifted. I have a renewed sense of purpose and love for life. The internal results that were shown in my blood
work assured me that I was going the right thing for my health. I took pride in my choices and had found other reasons for veganism besides the health aspect. By my six-month mark, I had lost 30 lbs., and my bad cholesterol dropped a total of 64 points. My husband also benefited from our change and lost a total of 35 in the first six months. If he hadn’t changed his lifestyle to support me, I don’t think I would have been able to stay vegan. The temptations are tough to deal with outside of the home, but luckily, with his support, I was able to avoid any further temptations that could have been lurking in the pantry.

With the help of documentaries, all three Happy Herbivore cookbooks, hours of exhaustive research and much more, I was able to quit "cold turkey", so to speak. I had a two-month relapse with cheese from April to June, but once I was back on path, I haven't looked back. I've learned so much from my experience and I truly believe this has changed me completely. I even celebrated my six-month anniversary with an herbie tattoo (inspired by Lindsay’s Herbie). I knew I wanted to express my change with ink, and adding an elephant clutching some leaves was the best way for me to inspire myself every day to stay strong in my decision. Although at first I was quiet about my lifestyle change, I soon began to seek refuge in my blog, The Little Red Journal, as a place to document my journey. The blog gave me a place to celebrate my accomplishments, acknowledge my struggles, and serve as a resource for others who are interested in this lifestyle. Ever since I noticed the changes in my health, I have wanted to share my story and help others that want to make a lifestyle change.

I look forward to my future as a vegan, and although my husband and I don’t have immediate plans for having children, I’m beyond excited with the thought of one day having my own vegan pregnancy and raising a vegan child. Many people have voiced their concerns with my choice and suggested that I would need to eat meat when we do plan to have children. The recently featured Herbie of the Week who went through a plant-based pregnancy was truly inspiring and gives me hope that I can one day experience the same. Although it’s still a few years away, these thoughts keep me on track and will probably deepen my dedication as a vegan once I am caring for another person. I’ve learned to shut out much of the negativity that I have encountered on this subject and many others related to my lifestyle. Once you immerse yourself into the vast knowledge available on plant-based diets, you realize that you’re doing the right thing and it’s for the best of your health (and the health of your loved ones!).

I'm now much happier mentally, emotionally, and physically and although the transition to this lifestyle was challenging, it has been rewarding. I now feel like myself again and know that this journey has had a huge impact on me, as well as others! I am lucky to have a group of supportive individuals in my life, including my husband, coworkers, friends, and family. These changes are tough to make on your own, but well worth it once you realize that your health has improved and that you’re preventing chronic diseases from occurring in the future.