Why Did You Adopt A Plant-Based Diet? 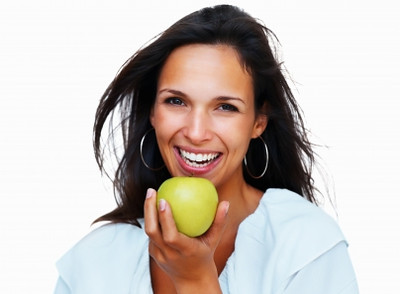 Happy New Year! Since I know many of you have resolved to be plant-based or more plant-based in 2013, this blog post is your inspiration! Read why dozens of other Herbies adopted a plant-based diet in 2012 (it's so inspiring to read!)

Any time someone asks me why I follow a plant-based diet, I share the "10 Reasons I'm Plant-Based" (health, environmental concerns, plight of farm animals, world hunger, etc.).

When I went vegetarian as a child, my motivations were purely compassion: I loved animals, I didn't want to eat them. When I returned back to a vegetarian diet in my early twenties (after a few years'  hiatus due to peer pressure), my motivation was primarily health: I thought being vegetarian would help me make better food choices, but I also still cared about animals and eating meat never really felt quite right. Going plant-based (vegan) was mostly rooted in vanity, with some motivation from health, too. Of course the reasons I remain plant-based are long and vast. I have so many motivations...

Point is, I think any reason someone adopts a plant-based (vegan) diet is a good one. I also find even if they only initially care about one issue (i.e., health), over time they start to care about the other issues, too. It becomes a multi-pronged stool for them as it did for me.

Still, I'm always curious to see what motivated someone to make the change, so I asked the Herbies on Facebook what their motivation was.

Over 100 people answered! Here are the highlights:

"my gym recommended The China Study and Forks over Knives and after I read that I started eliminating meat and dairy. I continue to do it because of my health and I don't want to leave cancer up to chance or luck if I have an opportunity to prevent it." — Sara M.

"FOK and a small piece of plaque found in my carotid artery!" — Laura H.

"after 2 1/2 years of being sick finally realized I was allergic to meat and dairy. On 7 meds at the time (32 years ago), within a year I was off all meds and never felt better." — Jess R.

"I ate bad burger at a fast food restaurant, was sick for 2 days. That did it for me... Then I started googling vegan stuff, and found Happy Herbivore" — Jaira S.

"I saw fish being sliced open while they were still alive on the Montauk boardwalk when I was in middle school... became vegetarian instantly and a vegan 1 year ago. I couldn't imagine it any other way now." — Audrey J.

"I watched both of my parents die, and both of them having an American processed food diet made their battles so much worse." — Julie M.

"The realization that the reason I was sick all the time was that I was unable to digest animal products. Then the realization that the factory farm industry is one of the most disgusting and depressing things EVER... then the knowledge of the antibiotics, the hormones, the GMOs... gee, need I go on?" — Kaitlin P.

"So wanted to get off the calorie counting, exercise to eat merry go round! Took control of my health and now will never look back" — Leslie M.

"Love for animals! And the books Eating Animals by Jonathan Safron Foer ...The Lucky Ones by Jenny Brown and the movie Food Inc.? Changed my views forever!" — Michele W.

"I am Buddhist and certified in yoga, so becoming a vegetarian came natural to me. As I deepened both my Buddhist studies." — Ann Marie N.

"Health and the environment... Vegetables wrapped in their own skins are so much less wasteful than the boxes and bags and outer wrap and inner wrap of the processed stuff." — Laura M.

"My friend asked how I could be an animal lover and actually eat them. She changed my life and I am ever grateful to her." — Valerie S.

"My mom and dad had heart attacks at 58 and 61. Unfortunately, my Dad didn't survive. I had children later in life and don't want the same fate." —Stephanie H.

"It was a perfect storm of things that came together to bring me to this fantastic place. New Year's was coming up and I needed a resolution to make, PCRM was starting their 21 Day Kickstart program and I saw the first few minutes (it was all I could watch) of Paul McCartney (BIG Beatles fan since very young) narrating the "If Slaughterhouses had Glass Walls" video. I have been plant-based ever since (coming up on 3 years and 50+ fewer pounds later...) And it was very shortly after all that when I discovered Happy Herbivore and a ton of fantastic recipes (I won a collection of your eBooks early on) and great advice that made the transition so easy!" — Dennis P.

"I read "The China Study" this summer, the first anniversary of my breast cancer diagnosis. Going plant-strong for my health, although giving up dairy is drastic for this Norwegian-American." — Britt O.

Back in November, I asked the Herbies on Facebook what questions they had about adopting a totally 100% plant-based diet. Hundreds of comments poured in and we were able to classify them into several groups:

- Vitamins, minerals, and other nutrition questions

I'm going to try to answer all the questions in each category starting on Tuesday as part of our new Herbies 101 series!

If you have any questions, leave a comment here and we'll make sure it's included.