Herbies of the Week: My Parents! (Part 1) 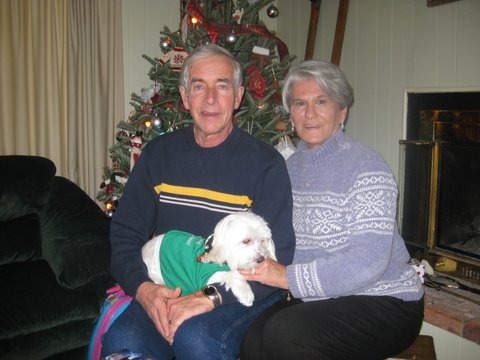 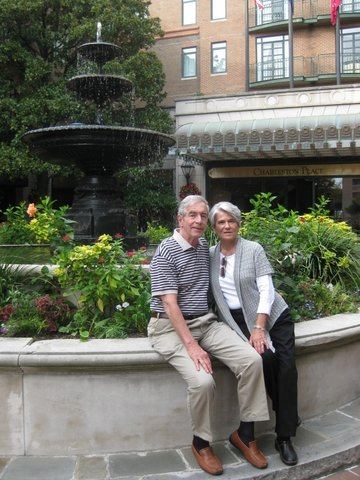 I was out having lunch with my husband and one of my closest friends when my mom called and I ignored it. We were just finishing up our meal, I thought, it can wait. A few moments later, she called my husband and we both kind of laughed. She does this from time to time. If I don’t answer my phone, she tries his.

A few minutes later, as we were paying the check, my mom called my friend, which seemed off. They’re social, but usually only by email unless it’s a birthday — and it wasn’t. Then I knew something was up. I thought perhaps a relative had passed (at the time, one of our relatives was terminal with cancer) and decided to excuse myself to go outside and call her back. I noticed she’d left me a voicemail but I didn’t listen, I just called.

“He’s on his way to the hospital now,” she answered.

“Did you get my message?”

“No Mom, I was at lunch. What are you talking about?”

“Your father had a heart attack.” 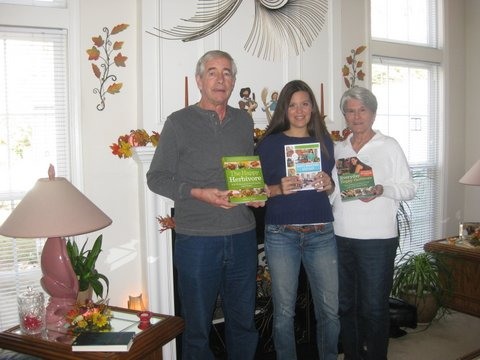 My husband came out a few minutes later asking what my mother wanted and I said “My father had a heart attack, he’s on his way to the hospital.” I could see the tears welling up in my husband’s eyes. I knew I should have been crying too, but I couldn’t. I was too shocked. I had always been Daddy’s little girl and like all little girls, still thought her Daddy was invincible.

My father was first diagnosed with heart disease in 2004. At the time,  I wasn’t plant-based and I didn’t really know what heart disease was or the severity of it. I graduated college that year, and then went straight on to law school, so when my father told me he was having an angioplasty (An-jee-oh-plas-tee) and explained it all so casually to me, I figured it was on par with going to the dentist to get a filling.

He had a second stent four years later in 2008. A stent is an artificial mesh tube that is inserted into an artery (a blood vessel that carries blood away from your heart to your body) to prevent our counteract flow constriction caused by disease.

Neither stent was discovered by physical symptoms such as chest pain. My father was asymptomatic (completely free of symptoms) and he felt healthy. His blockages were found during annual nuclear stress tests and cardio caths.

I adopted a plant-based diet in December 2006. I was motivated by the plight of farm animals and my own health, but my focus was mainly on cancer. I’d read The China Studyand became aware of the link between eating animal products and cancer risk. I was trying to avoid cancer, having had a scare with it myself and losing a few family members and friends to cancer as well. Heart disease was off my radar because I didn’t have it and I didn’t know anyone that did. 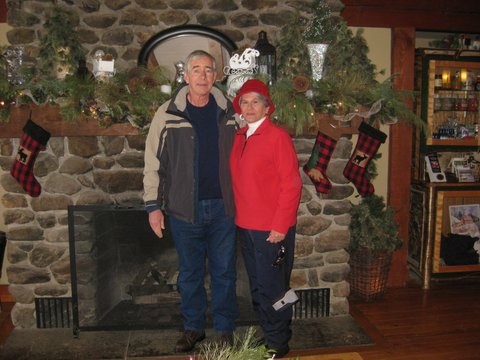 I realize now that my father had heart disease at that point, but back then I didn’t understand what heart disease was and I thought he was fine, that stents were a normal part of growing older. I think my parents probably had that mindset, too, especially because many of their friends and colleagues had also had stents. In a way, it was normal. I can’t speak for them, but I thought you had to have open heart surgery or a heart attack to have heart disease.

Even in 2008, when my father had his second stent, I wasn’t aware that a plant-based diet could prevent and reverse heart disease. I was, however, aware that a plant-based diet was the healthiest choice all around, so I pushed it on my parents and little by little, they made small changes. Out went the white pasta, in came whole-wheat. Out went fast food and in came the salads and more vegetable dishes, but I won’t lie. There were times it got ugly — arguments over their diet. My parents would tell me they were doing pretty good and I would say that’s not good enough. I pleaded, I begged, I cried, and I threw temper tantrums. My parents would ask me why I was so compassionate and gentle with others but so pushy and bull-dogged with them. All I can say is, selfishness. I wanted my parents around for as long as possible, and it’s easier to do the tough love thing on family.

Both of my parents thought they were doing pretty good, and compared to most, they were. But compared to what I wanted, it wasn’t quite enough — so I pushed and pushed a little more.

On May 29, 2011, I was on the webcam with my Mom. I was living abroad in St. Maarten, so she and I web chatted fairly frequently. I had asked where my father was because he usually stopped by to say hi to me. She said he was out cutting the grass, then glanced out the window to their lawn. That’s when her face went red, and then white, as terror struck and she screamed “Daddy’s on the ground” running out of the room.

I sat there for 20 minutes straining to listen. Terrified of what was happening. I immediately called my Aunt who lived up the street from my parents, but she didn’t answer. Meanwhile, Scott called her daughter, my cousin, and asked her to drive to my parents house, about 20 minutes away, explaining what happened.

I waited and waited by the webcam. Finally my mom came back and said that my Dad was on his way to the hospital in an ambulance. He had passed out mowing the lawn but was alive and they’d call me later. Several tests and specialists later, it was determined my father had a vasovagal syncope (vay-zo-VAY-gul SING-cuh-pee), a brief loss of consciousness. Vasovagal syncopes are the most common form of fainting and are brought on when your body overreacts to triggers, i.e., the sight of blood, but fainting can also be caused by heart disorders.

Unlike during his stents in 2004 and 2008, this time I was aware of the heart-healthy benefits of plant-based diet, so I sent him a copy of Prevent and Reverse Heart Disease by Dr. Caldwell Esselstyn. I begged him and my mom to read it, knowing they probably wouldn’t, or it wouldn’t have an effect on them. I’d sent them The China Study, Skinny Bitch and The Kind Diet previously, and those books hadn’t made much of a difference and no surprise, this book went largely ignored.

Still determined, I sent them a copy of Forks Over Knives three months later. Around the same time, CNN aired “The Last Heart Attack” with President Bill Clinton. Oprah had also had a vegan episode earlier that year.

Hearing the message from people my parents respected (and not just hearing it from me) helped open them up a little more and more changes started being made. It started with meatless Mondays, and then my parents were eating several days vegan or vegetarian, but they were still not completely plant-based.

In November 2011, my parents came to visit us over Thanksgiving in Colorado. They ate plant-based the entire week they were here and marveled at how good the food was and how great they felt. We’d even convinced my Dad to give up cheese altogether when he returned home, and he did.

Two months later, he had a heart attack. I can remember talking to my mom on the phone that night, her spirit defeated and helpless. “Here we are trying to eat healthier and exercise, and your father still has a heart attack.” That’s when I chimed in and said “It’s because you’ve been eating healthier and exercising that he had a mild heart attack, not a fatal one. You’ve been given the gift of a wake-up call.” That was the game changer. My parents realized they weren’t helpless victims, they could be in control of their lives and their health.

On January 20, 2012, my parents went plant-based and tomorrow, proudly as Herbies of the Week, they will talk about their year and the journey.