Herbie of the Week: Robin 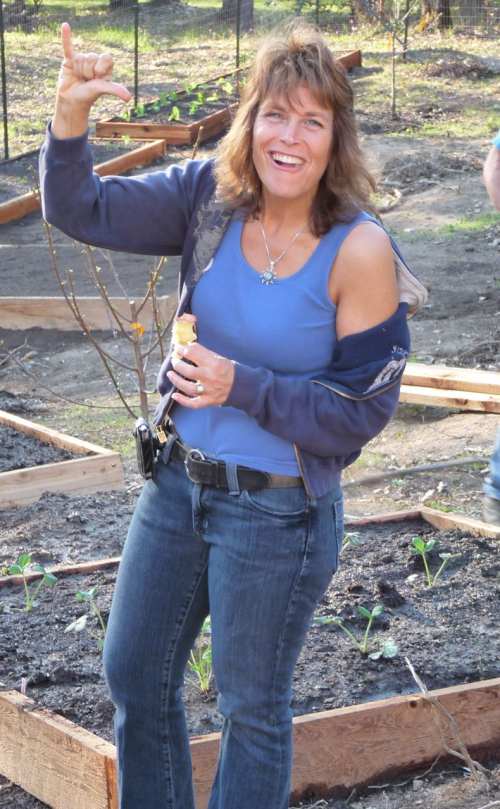 Back in July, I received this email from Robin:

I am a vegan like you. I used to weight 333 lbs. and now I weigh 132 lbs. I have been following a vegan diet for the past 7 years. I was raw for a while; now I eat low-fat vegan after watching "Forks Over Knives" and seeing Dr. Esselstyn speak in person.

HH: 200 lbs. is an incredible weight loss! Tell us about that.

I am more embarrassed about my weight loss than proud of it. I mean how can a person let themselves get up to 333 lbs.? I have tried to hide the fact that I have lost 201 lbs. because telling someone that is like saying I was a failure. I know it is a backwards way of thinking, but I have a lot of shame about ever being that big. I think unless you have ever been that overweight, you don't realize how alone and alienated you feel being the largest person in a room, or not fitting into to normal clothes.

I have always struggled with my weight throughout my life. When I was a child, my mother was a health nut and completely obsessed with her weight (and mine). She convinced me that I was a fat kid and I was always being restricted or put on a diet. Funny thing is, when I look back at old pictures of myself as a child, I was normal weight. Not heavy at all. I did eventually gain weight when I was in middle school and high school and was sent to fat camps during the summer where I would lose 30 bs., get back down to a normal weight, and then gain it back during the school year. I used food as a friend, to comfort me when I felt alone.

I finally found love when I was 20 years old and I dealt with all the ups and downs of that relationship by using food as my drug of choice. Eleven years later, my marriage ended. Since I was thin, I couldn't blame it on my weight, which I had always done in the past. That SUCKED! I always had told myself that if I was just thin..then my life would be perfect. WRONG!!! My weight went up and down most of my adult life, but my marriage ending sent me over the deep end. Because I wasn't fat when my marriage ended, it must be me that was flawed. At least that was what I told myself at the time. I drowned myself in food. No one was ever going to get that close to me and hurt me again. I went from 135 lbs. to 333 lbs. I had given up! At least I thought I had.

One day, I went to pick my daughter up at her girlfriend's house. She lived on top of a very steep hill and I had to park my car at the bottom and walk up. By the time I had got to the front door, I thought I was having a heart attack. I was beet red, I couldn't stop sweating, and I couldn't catch my breath. I thought "this is insane!" I am killing myself and I have a 4-year-old daughter to take care of. TIME TO CHANGE! They say it matters why we end up fat and that we are eating to stuff down some big emotions that we don't want to deal with. That's probably true, but in the end for me it just all boiled down to the fact that I just didn't want to live like this anymore. I didn't want my daughter to grow up with a mom that she had to make excuses for, and I didn't want her to turn out like me. 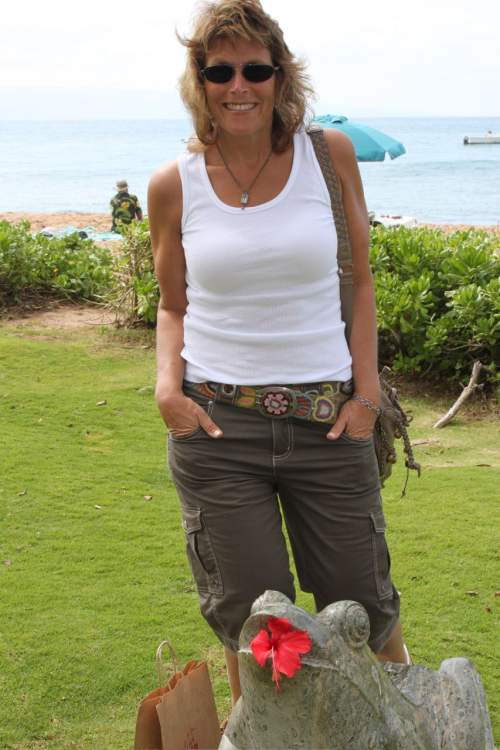 HH: What did you do? Did you change your diet? Exercise?

I am somewhat of an extremist (It takes that all or nothing personality to get up to 333 lbs.), so I decided to pick a diet that was the complete opposite of the way I was eating. I was living on coffee, diet soda, candy, ice cream, and fast food. I chose a diet that eliminated all processed food, all caffeine, all bread, and the only carbs I ate were fruits and vegetables. I slowly started exercising again. At first I could only do 5 minutes on a stationary bike, but that was a start. I worked my way up to 45 minutes. If I wanted to overeat, I turned to chicken, cheese, and salad with olive oil and balsamic vinegar. Even with the overeating, I still lost weight. In about 2 years, I was down to 165 lbs., but the scale stopped moving.

HH: What brought you to a plant-based/vegan diet?

After the weight loss, I felt really good but I still had 30 lbs. left to go and I knew the large amounts of chicken and cheese I was eating weren't that healthy. For the first time in my life, I stopped focusing on the weight and was focusing on my health. I read a book that advocated a vegan diet but was afraid that the main reason the cravings were gone were because all that protein was stabilizing my blood sugar. Still, I felt it was something I had try, so I eliminated all animal products and added more carbs in the form of beans and whole grains like quinoa, yams, sweet potatoes, corn, and rice.

HH: What was the result?

I was right, the cravings came back, but I fought through them and managed to lose 20 more pounds. I was down to 145 lbs., but I was fighting back the urge to overeat all the time.

HH: Did it ever get better for you?

After a couple of years of being vegan, I lost all desire for animal. My big problem was that slowly but surely, my desire for sugar was creeping its way back. Sugar is vegan, you know. Over the next few years, I managed to keep almost all of the weight off with the exception of 25 lbs. that I would keep losing by juice fasting, or worse, the master cleanse (a concoction of lemon juice, cayenne pepper, and maple syrup) and regaining by binging on sugar and fat. I would rationalize my action by telling myself at least when I was overeating, I was eating healthy version of unhealthy foods like organic chocolate instead of a Hershey bar, or a healthy cookies with agave nectar and oil instead of an Oreo, or raw chocolate treats with nuts and coconut oil. What it all came down to was I was losing my war on controlling my cravings and I was scared to death of ever gaining my weight back. I had made a promise to myself that I would never let that happen but I seemed to think 20 to 30 lbs. still kept me within a normal weight range so it was OK.

HH: Was there another turning point for you?

The next turning point for me came during a family trip to Disneyland. We were in Tomorrowland and they had an exhibit showing what 10 lbs. of human fat looks like, and it hit me. I had 2 to 3 extra of those unhealthy, jelly-looking things I was carrying around with me.

I decided the juice fasting was becoming more unhealthy than healthy for me, because I was using it as an easy way to lose weight fast and then I would go back to my binging on sugar and unhealthy (yet vegan) processed, fat-laden foods soon afterwards. I was fed up and ready to get off this ride. So this time, I tried green smoothies. I thought for me they were healthier because they had the fiber, but they were also high in fat (nuts) and sugar (dates and fruit). It wasn't until I watched the movie Fork Over Knives and saw Dr. Esselstyn speak that a bell went off and I FINALLY got it. It was the fat that was addictive! I thought it was the sugar and the carbs, but fruit alone or grains without fat are NOT addictive.

Now I follow a no oil, no nuts, fat-free, plant-based diet with LOTS of greens and am the thinnest (132 lbs.) I have ever been. I love the way I feel and how weight (and food obsession) is no longer a problem.

I am also really happy that I convinced my husband and daughter to eat this way as well. My husband has suffered from knee problems for the past 15 years and hasn't been able to run or ride bicycles for the last 10. He assumed it was from years of abuse from being a carpet layer and a previous motorcycle accident. After a month of eating this way, he caught himself running up the driveway and got all the way to the house before he noticed he was running (no pain) and we just went on a 17-mile bike ride a few weeks ago. Before switching to this way of eating, he was looking into knee replacement surgery...WooHoo!!!

HH: When I first saw your pictures, I could not believe you are 50. I still don't believe it. 50 is a big birthday for a lot of people — was it for you?

When I turned 50, I did some real soul searching. It was a hard birthday, because I felt I was saying goodbye to the last 50 years, and then I realized that wasn't true. I was actual saying "HELLO" to next 50. ;) I had been designing t-shirts and products for everyone else over the last 25 years and decided to follow my passion. So I came up with a line of vegan tees and gifts. I am so passionate of this lifestyle and way of eating and feel it has changed every aspect of my life. I am vegan for life!

HH: Thank you Robin for sharing you story — it was so brave and powerful. If you'd like to check out some of Robin's shirts, visit her store.

UPDATE:A year later Robin checked in with an update. Read her progress here.