A Vegan Taste of Ireland Part 2 (Cork, Dublin, and Belfast) 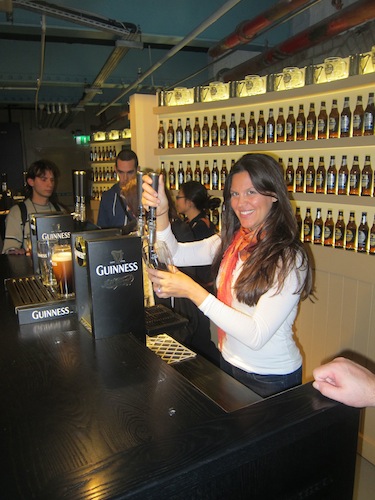 In case you missed part one: A Vegan Taste of Ireland (part 1)

After arriving in Cork, Scott and I walked to Cafe Paradiso, which had been recommended to us by several people. Problem was, the restaurant was way outside of our price range and there didn't seem to be many vegan options. Vegetarian, yes... vegan, no — so we decided to pass. We popped on happycow and found Very Healthy Food, a vegan and mostly raw cafe somewhat near our hotel. We went for dinner and ordered the "hot dog" pita sandwich, which was a homemade tofu-based sausage in a whole-wheat pita with homemade hummus and greens, plus a salad. It was exceptional. We liked it so much, in fact, we went back the next day for lunch, too. (They also prepared it for me without oil or nuts!) 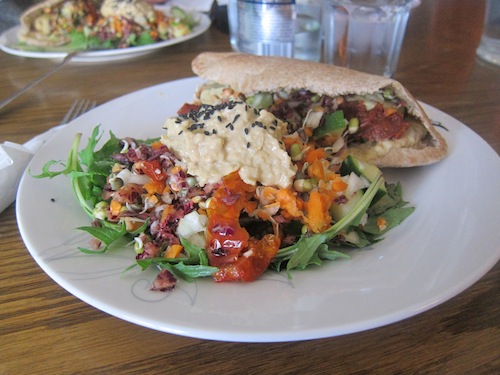 The next morning, we headed back to Dublin to rendezvous with some friends from NYC who now live in London. Dublin is exceptionally veg-friendly. One of the friendliest I've ever visited. Just about every restaurant has a vegetarian menu, with items that are vegan or can be made vegan. We took the easy route and stopped at a Thai restaurant which boasted a vegetarian bento box special. Our friends ordered vegetarian (vegan) noodle plates and I went to town on some brown rice sushi. 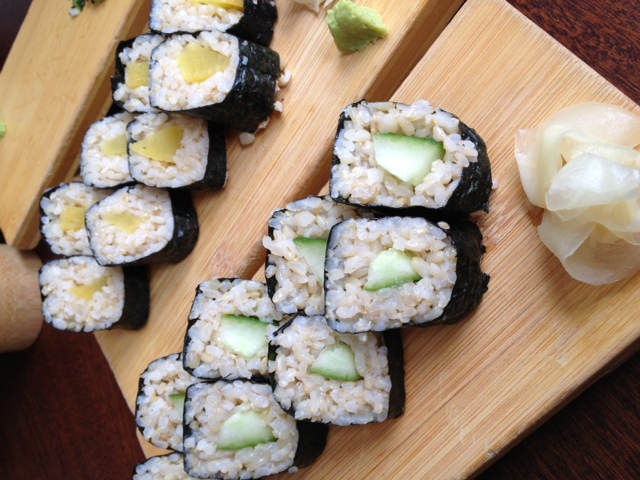 Meanwhile, Cornucopia had been recommended to me many times over, so I suggested it the following day as a lunch option. The food was outstanding — one of the best meals I've ever had.

I ordered a nice potato and lentil stew over brown rice (with a salad) and Scott ordered some puff pastry tofu thing that was incredible. We also tried the scones, both blackberry and sweet potato sage (that we shared with our friends) — also awesome! 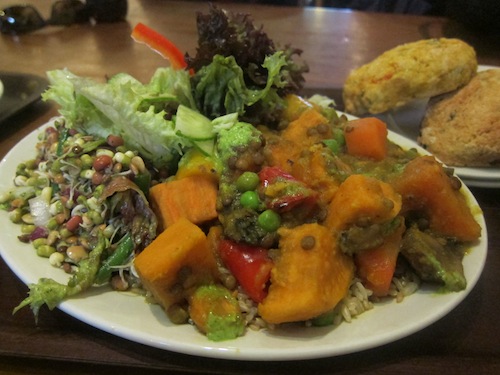 While in Dublin, we also toured the Guiness factory and I learned how to pour a proper Guiness. If this cookbook thing doesn't pan out, I have a fallback. 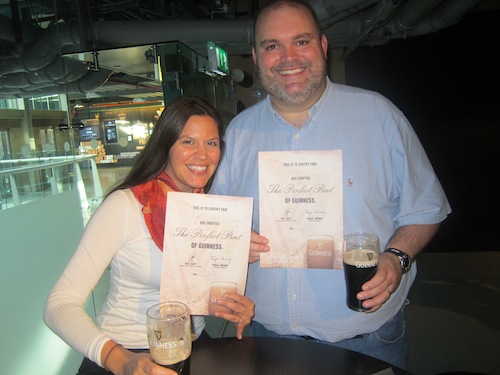 After Dublin, Scott and I went to Belfast, where we met up with a Herbie and long-time Twitter friend of mine, Zoe. She treated us to dinner at Archana, which was exceptional. Some of the best Indian food I've ever had. 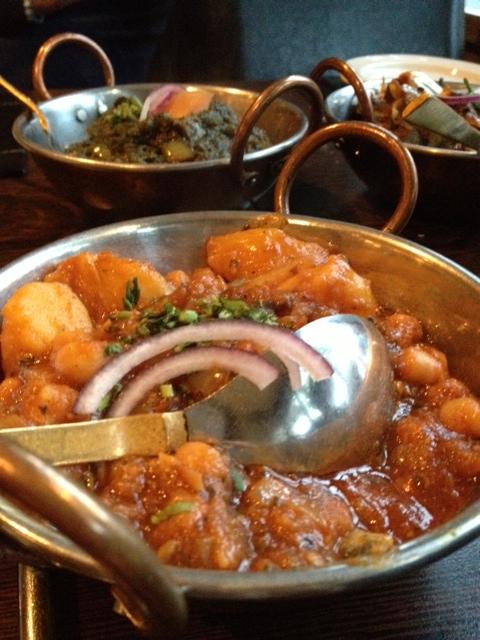