A Vegan Taste of Finland (Helsinki) 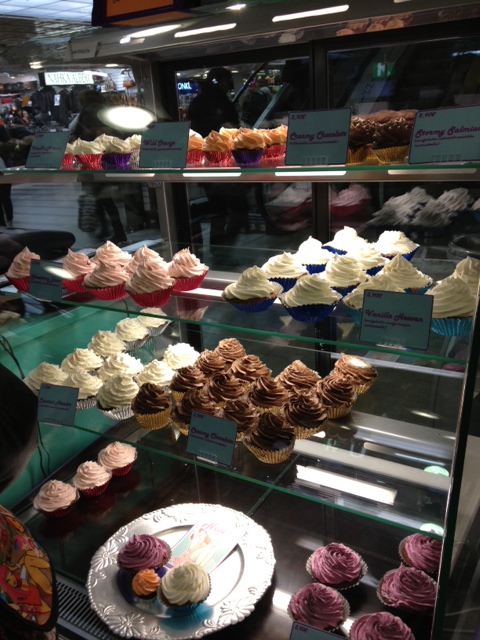 While in Finland for the release of Everyday Happy Herbivore in Finnish, I had  a good bit of downtime to scope out the local vegan eats.

As I mentioned in my previous Finland post, I met up with a few Finnish bloggers for a lovely vegan breakfast: 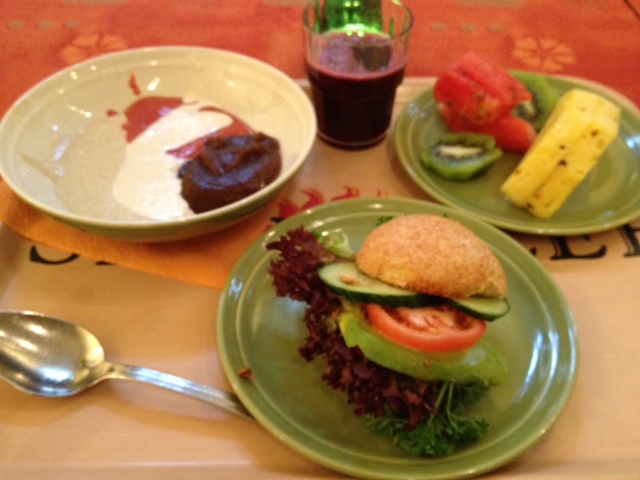 The restaurant Silvoplee (a play on the French, s'il vous plait) also had two vegan cakes for us to try: 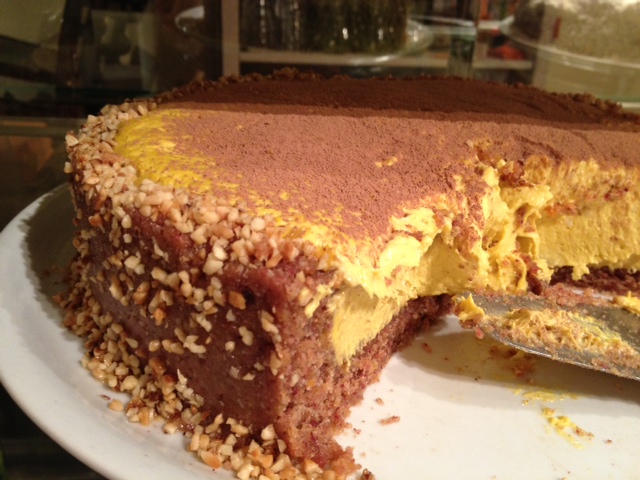 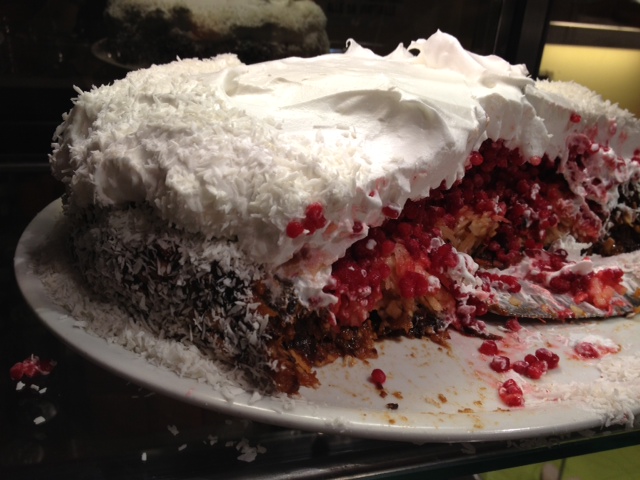 They're usually only open for lunch, but they have a large vegetarian bar with many vegan and raw options. Speaking of breakfast, Scott and I also trekked to Veganissimo for a vegan brunch: 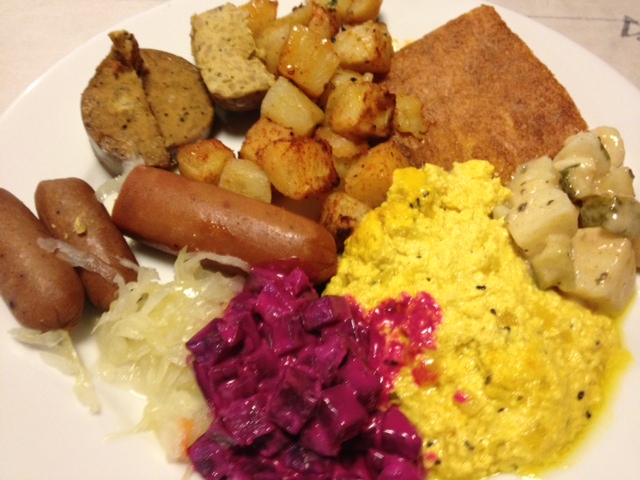 The best part was the Finnish pancake, though, which I'm determined to recreate. My Finnish publisher sent me a vegan recipe (after I raved about the pancake for a solid 2 hours) she had found online, but it didn't come out just right so I'm working on it a little more... and that's vegan whipped cream (homemade!) on top! 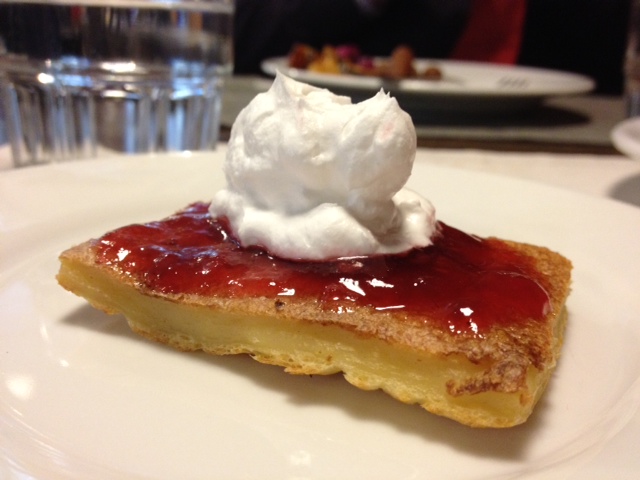 One of the bloggers at breakfast also mentioned to me that there was a vegan cupcake stand in the Forum shopping center, so Scott & I went there one evening to check it out. Not only is the stand all-vegan, everything is whole-wheat and made locally with carefully sourced ingredients. It's called Niia's Cupcakes and they do some interesting flavors like "Midnight storm."

Scott and I opted for a strawberry one, but I think they were a tad too generous with the frosting. I scraped about 98% of it off... 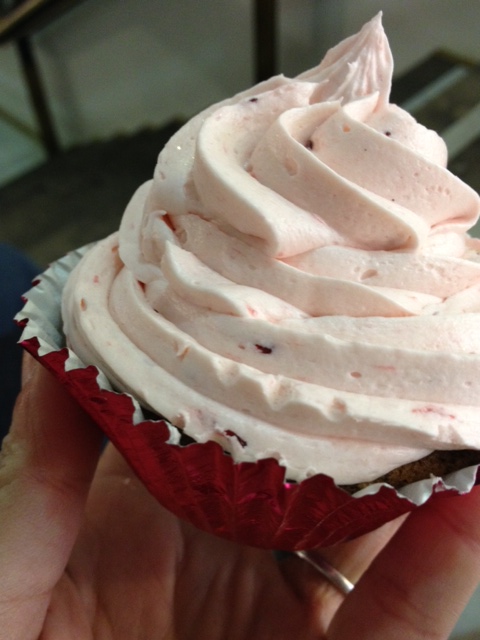 Our hotel also offered a complimentary breakfast, where I quickly noticed subtle cultural differences around food. For starters, everyone ate with a fork and knife, even if they were eating a slice of cheese or a piece of fruit. I also learned that like the rest of Europe, ham and cheese (or deli meat and cheese) sandwiches are a popular breakfast food in Finland. Also (surprisingly!), smoked fish is a very popular breakfast food in Finland. There were large smoked fish on the breakfast bar, just hanging out next to the apples and people picked off pieces with a fork. Luckily for us, they also had fresh fruit, whole grain bread with jam, and porridge. 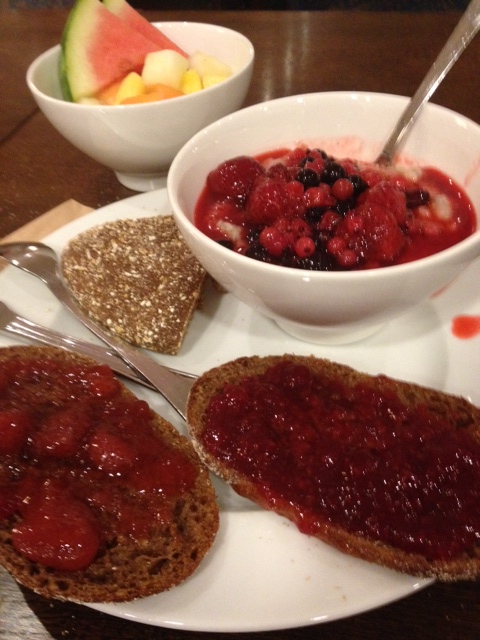 Once you receive your copy of Happy Herbivore Abroad, you'll appreciate this picture: 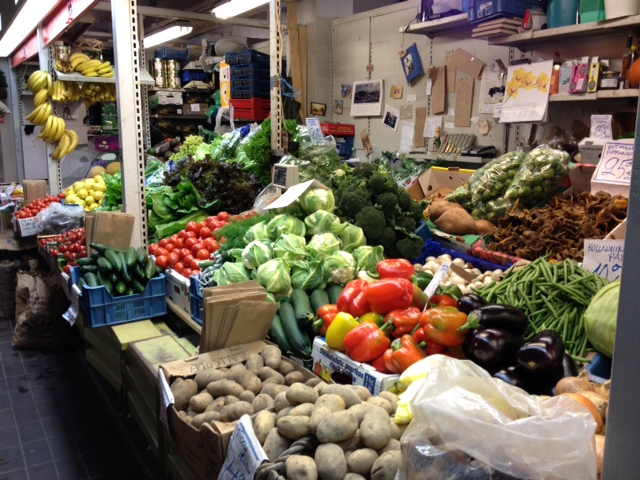 The restaurant in the hotel didn't have any specifically vegan items (though a vegetarian item was noted on the menu). I asked if there was anything they could do to make a vegan meal for us, and the chef put together this delicious salad. He also made fresh raspberry sorbet! 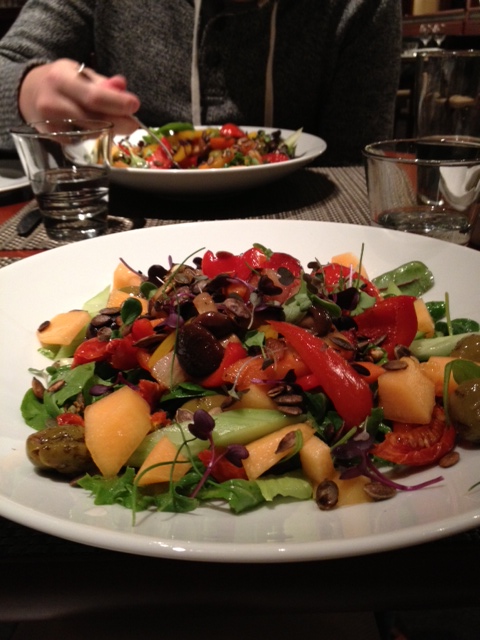 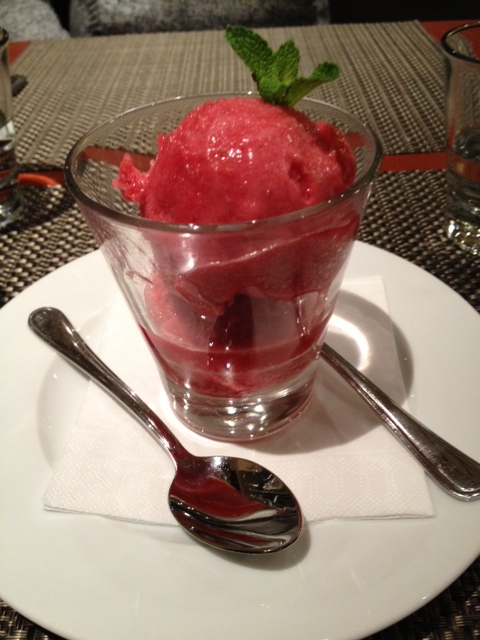