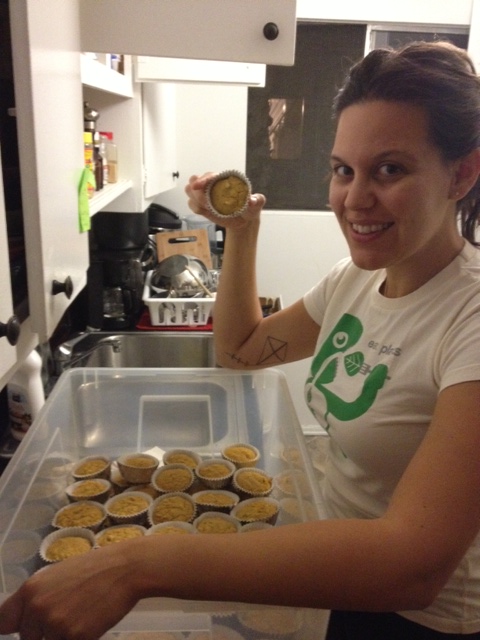 I've had this minimalist column for a little more than a year (I can't believe it!) and looking back over all the posts (just click the "minimalist" button to catch all of them),there seem to be two clear themes I talk about the most: reducing "stuff" and personal journeys toward happiness. This makes sense, I suppose, since my goal with being a minimalist was to have less stuff (and thereby, more freedom, more time, and more money in my pocket), but also to find more happiness and less stress in my life. I sought satisfaction. 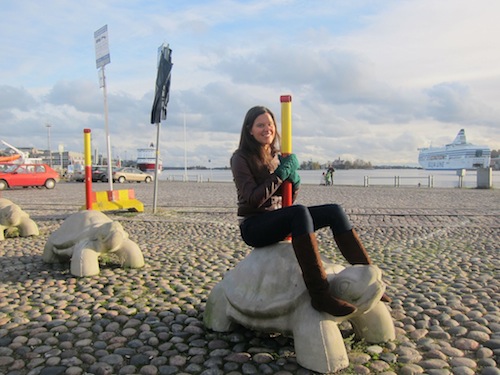 Happy Herbivore is my greatest satisfaction. No doubt about that. I often look back at where I started, only to marvel at how far I've since come, before looking at the horizon and daring to dream of where I might go. It hasn't always been a party. It hasn't always been easy. It's been soul-crushing and hard at times... but my, how it's always been worth it.

It's often been difficult for me to describe my journey to others in a way that really conveyed how I feel... how I felt during the hard times of the past.

Then I read a quote by another entrepreneur that summed it up so brilliantly. They compared their determination to a kid in the schoolyard with a kite. That no matter how many times the kite took a nose dive into the ground, no matter how windless the field felt, they kept running with that kite. They ran and ran and ran some more with dogged determination to make that kite soar. They persisted with a heart of passion knowing that eventually — eventually they would catch a bit of wind and fly. And then, they would have to hold on and see where the wind took the kite.

A few days after I'd stumbled across the quote, I learned I had sold 100,000 books — a goal I never thought was possible and almost didn't believe. Really?

A few days after that, I was on the Food Network's blog. Then Dr. Oz a few days later.I think what surprised me the most was the endearing reaction my fans ("Herbies") had to the Dr. Oz taping and the... shall we say, lack of recognition Dr. Oz gave me. (True, it was strange that they described me as a "viewer from New York who emailed Dr. Oz" when I actually live in Los Angeles and they called me asking for a recipe and video...)

In talking to my parents that night, post-Oz, one parent said to the other, rather enthusiastically, "Did you think when we were changing her diapers she would one day be on national TV?" and then remembering they were on the phone with me, and not having a private conversation amongst themselves about me, said, "Lindsay, this is just the beginning." My response? "I don't care if it's the end. It's about the journey. I just can't believe all that has happened. I'm happy with where I've gone. I might even let myself feel proud and brag a little."

Nevertheless, the high tide had not yet risen fully. A few days later, with your help, Happy Herbivore Abroad skyrocketed to #89 in ALL books on Amazon.I'd broken the top 100. All my goals and dreams were happening. At long last, they had come. Some things that had never seemed even a remote possibility, came. [Editorial update: EHH hit #46 in all books recently, when Amazon featured Everyday Happy Herbivore as the "deal of the day".]

Two days later (post #89 victory) I tattooed a kite on my arm. In Ireland. I added a bow for each book.  It's my reminder to run against the wind.To dare to dream. And dare to soar. 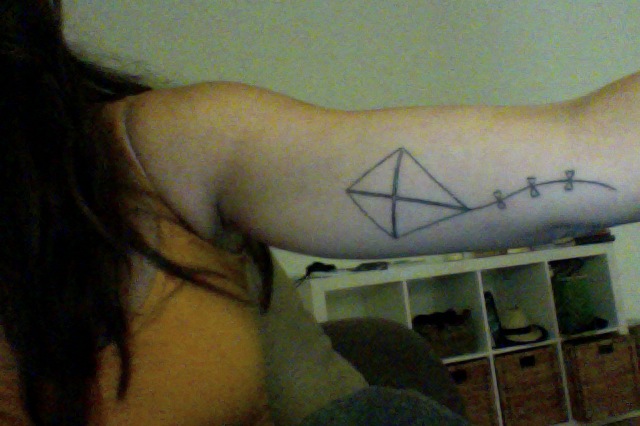 (for some reason the internet is cutting off part of this picture even though it shows my full arm in the admin. annoying. see the full picture)

With some effort, I figured out where the original quote came from — and that I, apparently, remembered it completely differently than how it actually goes. BUT the original is just as grand:

"Careers are like kites. They can be hard to get off the ground. You run and run and run and the kite's still bumping along in the dirt behind you. When the kite finally lifts up into the air, sometimes coaxed by a random gust of wind or a little dumb luck, then you've done it. You've taken it to the next level, get ready to hold on, because it's a whole new life." — Bethenny Frankel, "A Place of Yes".

[Editorial Note: Shortly after this post aired, HHC hit #17 in all books]