A Vegan Taste of Ireland — Part 1 (Dublin, Galway, and Doolin) 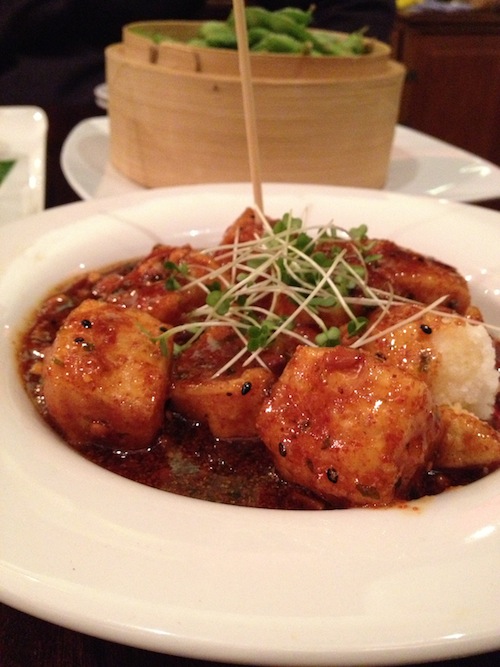 Scott and I landed in Dublin around 8:00 a.m. and thought we'd forage for fare in the food court, not knowing how long it would take to get the rental car, find the hotel, and then *fingers crossed* find something plant-based to eat in the city. Scott operates under the "eat now for famine may come later" theory.

Anyway, we weren't sure what to expect... would french fries (or "chips" as they call them in Ireland) be the only option? Although Scott and I have never had much trouble finding vegan options abroad, we'd been warned by a number of friends that Ireland was not veg-friendly, leaving us less than optimistic.

We were pleasantly surprised! Every restaurant in the airport had a (v) on their menu indicating which items were vegetarian. From there, it was easy. Although I stared hard at the falafel stand hoping it would sense my presence and open early, it never did — so I dragged my feet to the bagel stand. A few questions and we were on our way. Just look at this sandwich: 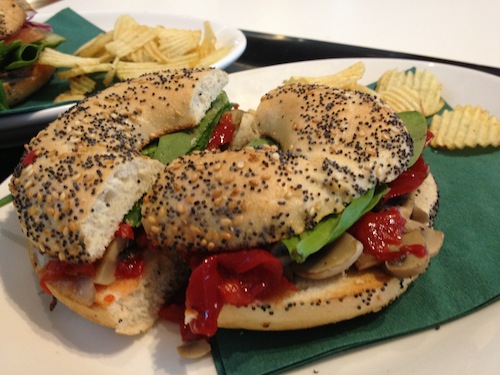 Dublin also turned out to be quite veg-friendly. Our first stop was Green Nineteen, which like the airport eateries, used a (v) to designate vegetarian and vegan items (The waitress was also helpful). We ordered the red lentil curry with tofu, which was EXCEPTIONAL. 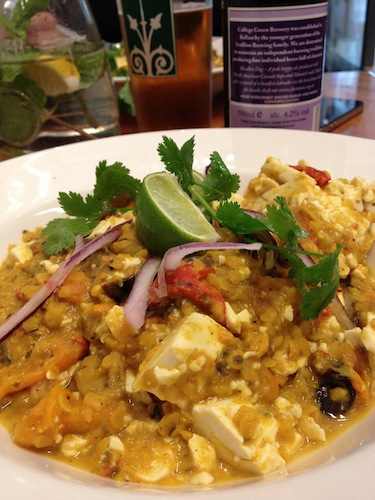 For dinner, we went to a Thai restaurant called Yamamori. Again, we were greeted by (v) notes on the menu and several choices. Here were two clear favorites — spicy aged tofu and tofu dumplings. 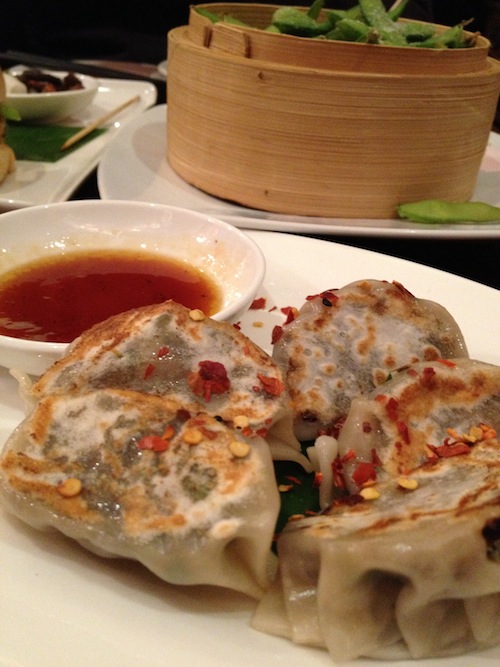 (For those who know Dublin, don't worry — we're going back, and I'll eat at Cornucopia — saving it for a nice dinner with my friends I'm seeing there).

Next, we were off to Galway. While we shopping, we passedFood For Thought, which boasted a vegan shepherd's pie. I was so excited that I circled back for dinner... except they were sold out! I guess that means it's good! We ended up going into Mixed Greens, which had several options (menu clearly marked) and the staff was also patient and knowledgeable. I ordered the soup of the day (which is always vegan and gluten-free) and Scott ordered a curry dish. 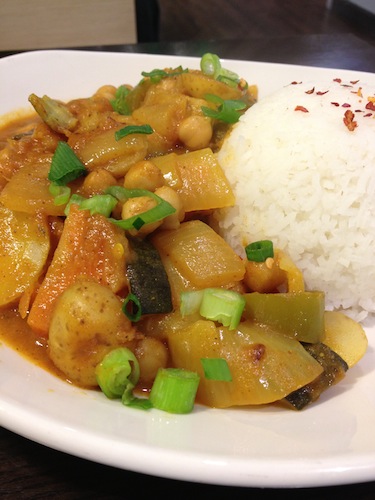 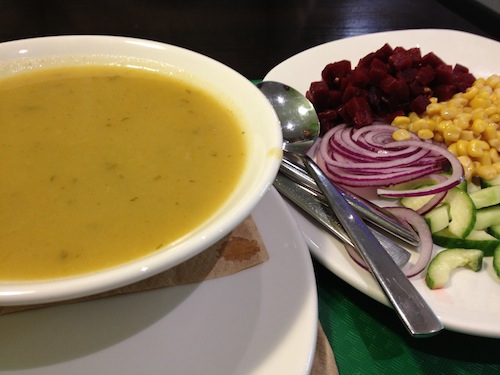 Later that night, we were walking about when Scott saw a pizzeria. Before I could launch into some grand speech about how we should look for market-fresh vegetables, Scott had made eye contact with the owners, who happened to be from India. They were so incredibly excited to hear we were vegetarian (they were too) that they made us a custom cheeseless pie: 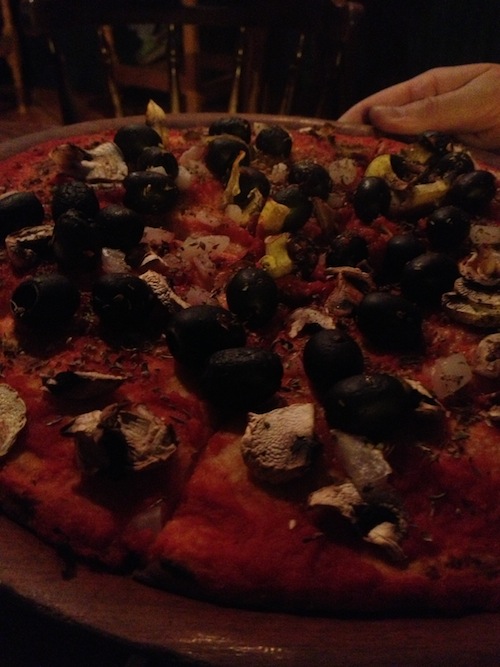 Then we were in Doolin. We stumbled into Doolin Cafe and, as fate would have it, our waitress was American, from Portland, OR, and totally understood "vegan." She scurried off to the kitchen and after chatting with the chef, created an amazing special vegan meal just for us. We had sandwiches (made without oil at my request) and a traditional Irish veggie breakfast (the beans were outstanding). She even had heard of Happy Herbivore! Woot! 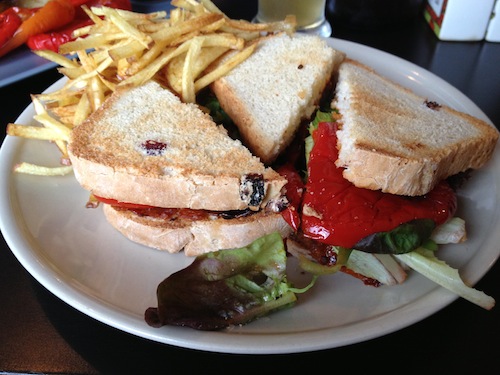 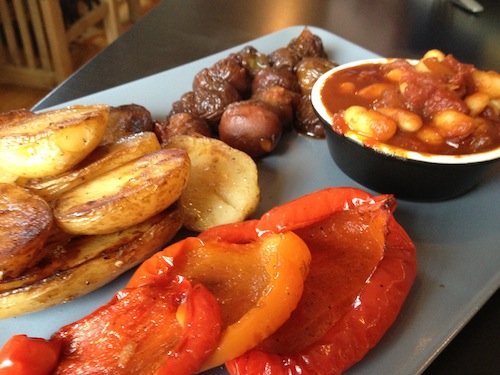 Doolin Cafe, by the way, has a special dinner menu on Friday and Saturday nights and the "vegetarian" offerings are vegan (confirmed by the chef and waitress). We were in another city and missed out on this.

Bread Beware:Most of the brown bread and soda bread in Ireland are made with milk or buttermilk. Be sure to ask before eating.

Otherwise, Ireland is just lovely... we're really enjoying our trip. The rumors about food here and the lack of veg-friendliness don't seem to be true, but the rumors about the weather? Painfully accurate. Ireland is still beautiful, though — more pictures and food reviews to come!