Minimalist Monday: One Piece of Advice We All Need 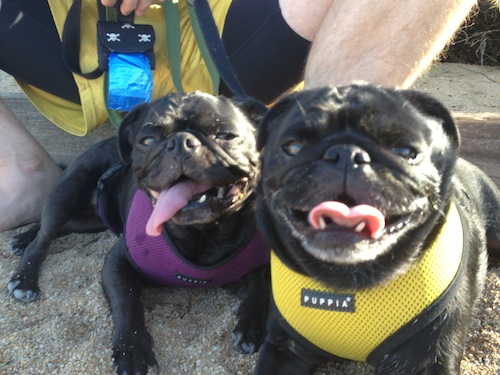 When I was flying from Chicago back to Los Angeles, I picked up the October edition of The Oprah Magazine in the airport. I never read this magazine so I'm not sure what it was that made me want to buy it, but I'm glad I did! My favorite article was "May We Help You?" by Martha Beck.

The article boasted 5 pieces of advice that everyone ignores but shouldn't. Beck wrote, "We go through life generally getting good counsel about what's best for us — and then vigorously ignoring it. This explains why I never run out of clients. It's amazing: Intelligent adults play me for advice, fail to act on it, then pay me to advise them again." (If you think Beck sounds mean, rest assured I did not like her at the beginning of the article either, but later realized she's not mean, just truthful).

The first thought that popped into my head was regarding an ex-boyfriend I had during college. He and my roommate *hated* each other.  Most of my friends did not care for him either and my parents, who generally like everyone, didn't like him at all — yet somehow I wasn't getting it. I couldn't figure out why all these people in my life didn't like my boyfriend. And even though we fought constantly, broke up nearly every other week, and time and time again my parents, roommate, and friends counseled me to really end it this time, I ignored their advice and got back together with him. (Side note: I did eventually get out, as evidenced by the fact I'm married to a great guy that my friends, parents, and former roommate approved of. I didn't "come to my senses" about my ex, though, I was saved by circumstances. He graduated and took a job in another state. I stayed at college, happily single and then met my now hubby).

Anyway, I realized how correct Beck was — I was being given fantastic advice: "break up with someone who makes you so miserable" by smart and important people (my roommate, best friends, and family) and yet I continued to ignore it, only to ask for the same advice all over again in a week's time.

I wondered if this 'phenomenon' existed beyond ex-boyfriends, and as I continued on with the article, I realized it did.

So this Minimalist Monday, here is a piece of advice you probably have ignored, but shouldn't — or at least, try to take it to heart a little more often (progress, not perfection!). And since it's just one piece of advice — well, how much more minimalist can you get?

Beck wrote, if you "put a worm at the bottom of a T-shaped maze, with food in the left side of the top and a mild electric shock in the right, it will develop fervent leftish inclinations. Yet many clever humans turn repeatedly to the very things that ruin our health and happiness: artery-clogging junk food, alcoholic lovers, soul-crushing jobs. We do this, because unlike worms, we convince ourselves that there are good reasons to do ourselves harm. We say things like "I had a bad day; I deserve [junk food]" or "But I need the paycheck!"

Oh how true this has been in my life. 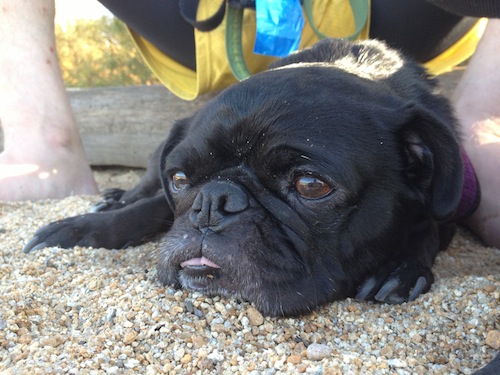 It took being miserable for five years before I took my first substantial step away from a job and career that made me so unhappy and even then, I was pushed in the general direction I needed to go — sort of like with my ex-boyfriend — forces moved me more than I moved myself.

And even once I had waddled out — it still took me another two and a half years to really let go and come to terms with my 'decision.' In the early years after I stopped practicing, I still told people I was a lawyer. I still applied randomly to law jobs and freaked out about "what to do" when they offered me the job (Ultimately I'd turn it down every time, and then have a wave of panic about that too).

I still remember the first time I finally said "I'm a writer" as my profession instead of "I'm a lawyer." It felt good. But it still took two and a half years to say it and true to my pattern, I was cajoled slightly. (Side note: It happened at the bank when I was setting up a new account. I realized had to be totally truthful if I wanted real help with my finances.)

But we're off point: Why did it take me five years to leave an industry and job that made me so unhappy in the first place? Why did I stay? Why did I convince myself to stay?Or more importantly, why did I stay despite the repetitive advice from my friends and loved ones who told me to leave?

Unlike the worm, I kept going back and hanging on to the very thing that ruined my happiness.

To prevent this, Beck suggests that before we take an action, we recall how we felt in the past doing it. For example, when she stares down a delicious-looking baked good she stops to recall what she felt like the last time she ate one (queasy and droopy) and it always gives her the power to pick a banana instead. She also talks about how before she starts writing, the task often feels burdensome, but she loves the feeling of having written. Keeping this in perspective allows her to focus on writing over procrastination.

I decided to give this practice a whirl this past week. 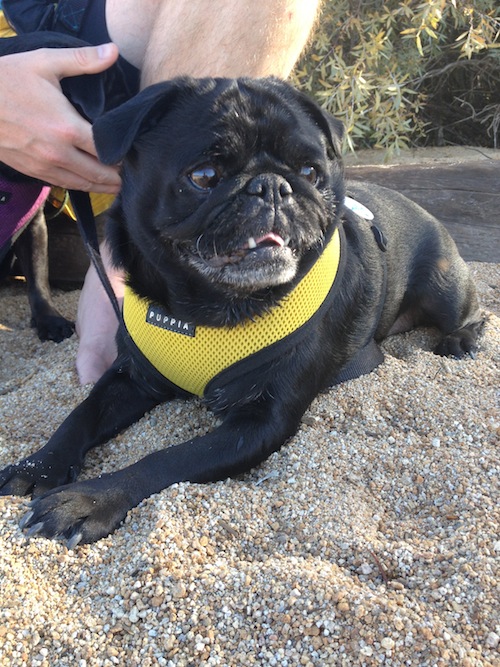 When my alarm started beeping at 6:45 a.m. and I wanted to turn it off, I stopped myself to evaluate how I would feel if (a) I skipped my yoga and slept in compared to (b) if I got up and practiced my yoga. From past experience, I knew that sleeping in did not mean I felt any more rested (I was already awake) and I would spend the whole day sorry I didn't do yoga and that if I did yoga, I would feel more balanced and proud of myself. So, it was easy — or at least easier — to get out of bed.

Similarly, I found myself staring down a pint of vegan ice cream at Whole Foods Market. "I'm still recovering from mouth surgery" I told myself... but my thoughts drifted to Beck and her doughnut. I recalled how I felt the last time I went hog wild on vegan ice cream: headache, stomachache, general bleh feeling — and suddenly it wasn't so desirable anymore.

Imagine what our lives would be like if we were more like the worms in a maze — if we migrated toward things that made us happy and avoided things that made us unhappy.I know from my own experience that even though I like to believe I lived that way, I clearly did not. I'm not saying I'm perfect now, but that now I'm aware of my imperfections and can fight that tendency to self-sabotage  I'm trying to be more like that worm. I'm trying not to convince myself there is a good reason to do myself harm. I'm trying to do good things for goodness' sake.