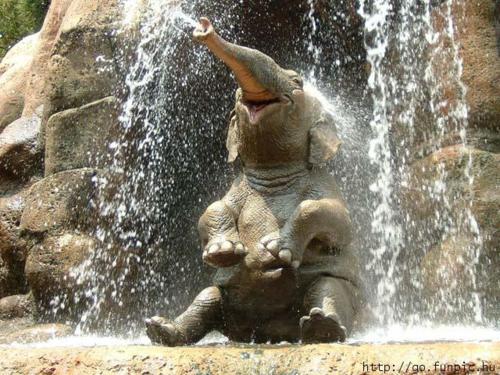 [Editorial Note: This post was originally scheduled to publish on October 9th, which would have commemorated the 1-year anniversary, but had to be pushed back to accommodate another article that was time-sensitive.]

Exactly one year ago, I wrote a post titled "I'm not 'vegan' anymore." At the time I wrote it, I was frustrated and venting. I had no idea it would garner so much attention or that I'd still be talking about it a year later.

And here's another happy herbivore:

The day that post aired, it had over 500 comments on Facebook within a matter of hours, another 350 comments bubbled up on the blog post itself, and by nightfall, the post had been tweeted more than 100 times. I think the comments and likes are up in the thousands now...

Anyway, I remember sitting at my desk, staring at the computer screen in total shock. My inbox was pinging every 3 minutes. I had absolutely no idea that was going to happen.

The vast (vast!) majority of the responses were positive. It was an act of solidarity and I remember thinking, perhaps now the conversation has started and we'll see real change — less judgment.On the flip side, there were a small number of people who thought I was doing veganism a huge disservice. They felt I was letting the bad apples win and if I wanted real change I'd fight and continue to call myself vegan. I'd be a positive example...

Memories from history class started coming back to me. What if no one stood up to challenge something? Would we have change? Progress? We need those people who don't back down, and I did.Or did I?

In the past year, I have said I was "plant-based" when describing my lifestyle or my diet.If someone called me a vegan, or asked me why I was vegan, or how long I'd been vegan, I politely tried to explain the difference between being plant-based and vegan and that I did not identify as a veganper se, with a link to the post explaining why.

(I saw this painting in Dublin right before I wrote this article... fitting, yes?) 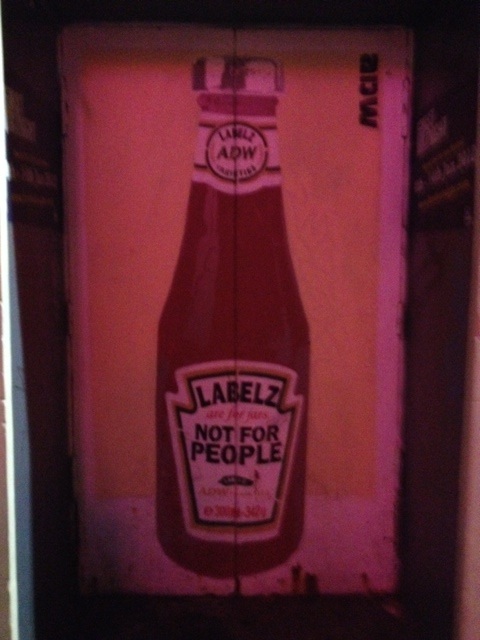 Still, even after shedding my "vegan" label like a skin that never quite fit just right, I've still had plenty of run-ins with the "vegan police" that spawned my blog post a year ago.

For example, some months ago I'd posted a picture of a meal I was eating and within half a second someone quipped that the beer in the picture wasn't vegan. It wasn't even my beer. It was someone else's at the table, it just ended up in my picture background space.

Then, when I was at the dentist getting ready to undergo the first of many surgeries, I remarked via Twitter that the numbing agent they gave me was tasty, and someone tweeted back that it wasn't vegan. If that's true, that stinks, but I think I'll take a numb mouth before someone starts shooting shots into my jaw and drilling into my teeth...

Then, after my surgeries and outpatient procedures were finished, I had to defend taking antibiotics a few times. I was told they weren't vegan or plant-based. What? I wasn't exactly thrilled to take medicine, but I didn't want to run the risk of infection or rejection, either. (I did, however, ask my pharmacist not to use gelatin capsules).

Still, there's more. I did a minimalist post about bathroom organization and the flood gates opened. I make a good effort to buy products that are not tested on animals and use only plant-based ingredients, but I don't call each company myself before a trip to the store, so I rely on the internet for lists, which sometimes are inaccurate or outdated.

I think what bothered me the most was someone telling me I shouldn't use a product that was actually vegan (as in, it was plant-based and was not tested on animals) because the company that made my product was owned by a larger company that did animal testing.

I live in a non-vegan world. I try to do the best I can. That means that I buy products that are vegan but may be made by a company that also has non-vegan products or is owned by a larger corporation that isn't vegan at all.

I guess my feeling is, it's better to vote for the vegan products with my dollars in hopes that it will encourage the companies to make more of them.

I could go on, but I think you get the picture.

For awhile, I used to think these people were just sharing information they knew, like a "Hey Lindsay! FYI!" but the comments never exactly felt that way, especially since these comments were always the first comments or emails that I received — as if someone was waiting in the wings to pounce. Of course, this could all be coincidental timing and in my head — but it's how I felt, nevertheless.

The good news is, it's really shaped and changed how I talk to others and point things out to them. I'm far from perfect, I admit that — but when educating others, I try to do it in a way that doesn't sound so matter-of-fact or like I'm scolding or schooling them.

For example, right after my parents went plant-based, they were buying "non-dairy creamer" because they thought it was vegan. They didn't know any better. I could have said, "MOM, THIS ISN'T VEGAN!" but instead, I thought about my delivery and how it might be perceived, and what would be the most effective.

I said, "Mom, I just wanted to let you know you have to be weary of things labeled "non-dairy" because they might not be vegan. For example, some "non-dairy" soy cheese actually contains casein (a milk product). It's very deceptive and uncool. You have to be diligent about reading ingredients, but it gets easier over time. This non-dairy creamer, for example, contains whey. See, right here it says "contains a milk derivative" (At this point, my mom was shocked — it hadn't occurred to her that "derivative" meant derived from milk. Truth be told, I probably didn't know this when I first adopted a plant-based diet either. You learn as you go.) Anyway, I continued, "Would you like me to write down some brands that are plant-based and vegan?" My mom was so appreciative.

I just don't think it would have been as good of an experience for either of us if I'd come at her with "no" right out the gate. "No, Mom. Wrong. This is NOT vegan." 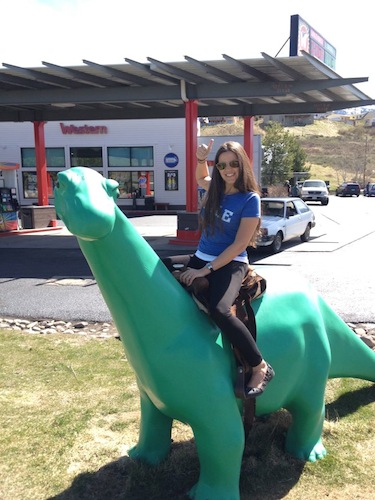 Getting back to my the question (and with a year's time in perspective) — did I do a disservice to veganism by walking away? Did I give up? I don't think so. I think it's as simple as this: I found the place where I belonged.

After my big "I'm not vegan anymore" rant, I found myself gravitating away from the vegan community and getting more involved with groups, people, and websites that focused mainly on health, and as time wore on, I realized I'd landed in another community — a plant-based community, and I couldn't be happier.

We are all motivated to do what we do, and I don't believe one motivation is superior to another. All motivations that lead to a positive change are good. I continue to be motivated by a mixture of humanity, health, environment, and animal welfare.

I think both communities are growing and making great strides, and we all benefit from it. That's what ultimately matters. And who knows? Maybe someday we can grow together.

I think it's wonderful that there are so many voices and faces to the plant-based and vegan communities.The more the merrier. That means that anyone who is interested in making a change can find a voice that speaks to them personally, profoundly, and directly.Not everyone is a Happy Herbivore fan. Not everyone is going to like me or be able to relate to me. That's why I'm glad there are other communities and faces (like Rip's over at Engine 2) to this movement — so there is literally something for everyone. If there was only one option, one voice, one belief, one motivation — that would be boring! And those that didn't feel at home and in line with that particular belief/voice/motivation wouldn't join us, and then we'd all lose. We'd lose the gift of that person joining us, and the gift their positive impact would leave on the world we share.

I'm still not a "vegan." I'm still a happy herbivore. And whatever you are, you will always be welcomed here. Viva la veggies!

I really loved all the comments that came in today - thank you! I especially enjoyed this one by Stacey:

"I posted something about worsterchire on my facebook and someone who is a former vegan pounced and said "that's not vegan." I took a breath, said the same thing you did (maybe she is just trying to help) and said there are vegan versions (without the anchovies). I can only imagine the challenges you face. I have alot of respect for you being able to rise above and find a creative way to emerge with a positive solution. I think that there are just some folks who feed off of the cycle of negativity, and it takes alot of tranformative power not to spew it back. At times, I feel like people were waiting for me to mess up. To throw in the towel and say "I can't do this" to justify their eating habits and excuses for them. A few times, I've realized something I had wasn't vegetarian and then, after I switched to plant based, that it wasn't vegan. However, I made a deal with myself that I knew I was going to slip up sometimes and make mistakes and I will be forgiving of myself when that happens and not feel guilty because this is a positive change. If I weigh myself down with guilt and remorse, then it will feel more like an overwhelming chore than the dietary emancipation I've grown to love. Thank you for being a role model and an inspiration. A big reason I went plant based was because of your recipes and blog"