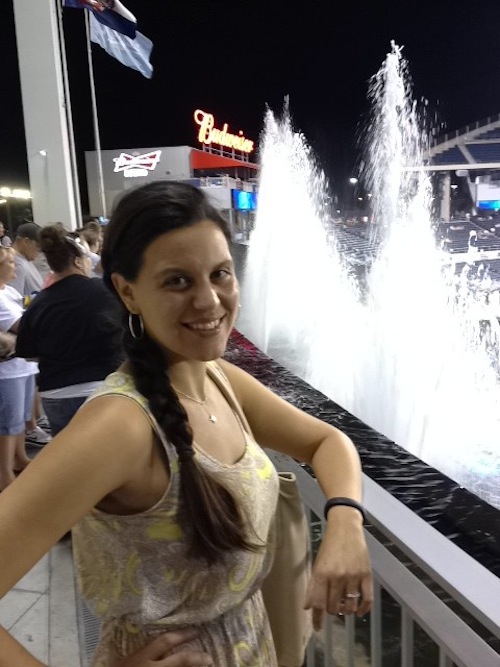 When Scott and I were driving across country,we headed to Chicago. Scott went to see the White Sox play and I met up with Andrea :)

After the game, Scott & I went to Chicago Diner with Andrea. We'd been there before on a previous trip and were looking forward to a repeat. 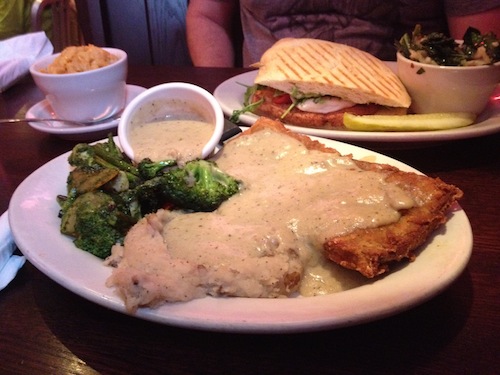 Scott ordered a "chicken" panini with a side of vegan mac and for dessert we shared a vegan shake: chocolate chip cookie dough / peanut butter. Oh. my. goodness. That's all I can say about that! 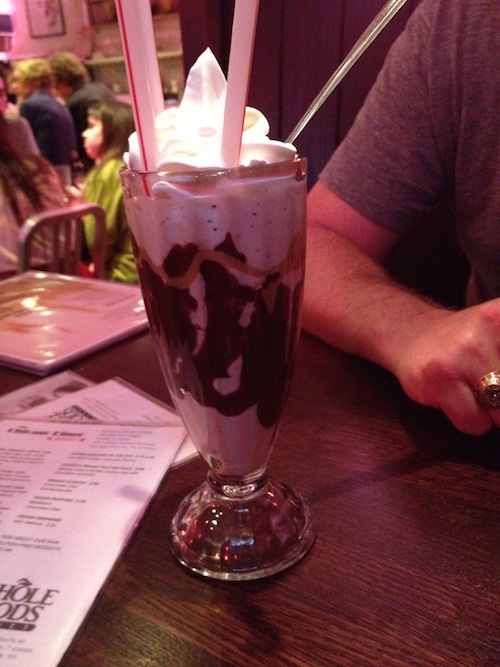 After Chicago we headed to Kansas City where we went to another (and our final!) baseball game. 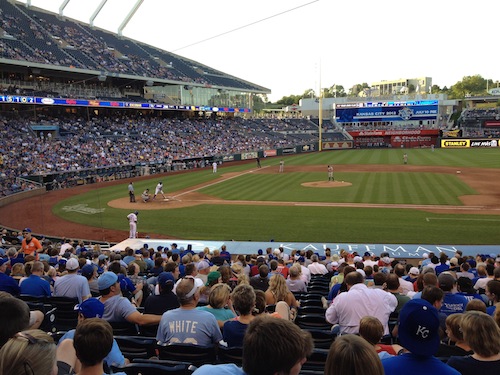 We found vegan hot dogs and vegan hamburgers in the stadium. When I placed our order, the cashier says "You are some healthy eaters. I like it!" woot woot! 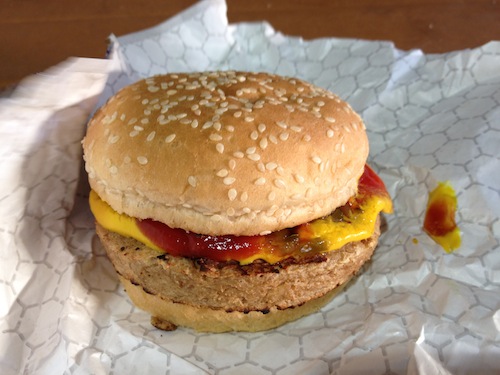 The Royals also had some really cool water features in their stadium.

Other note -- Kansas (which we drove through after Kansas City, which is in Missouri) was my 46th state. I have Alaska, North Dakota, Kentucky and Nebraska left.