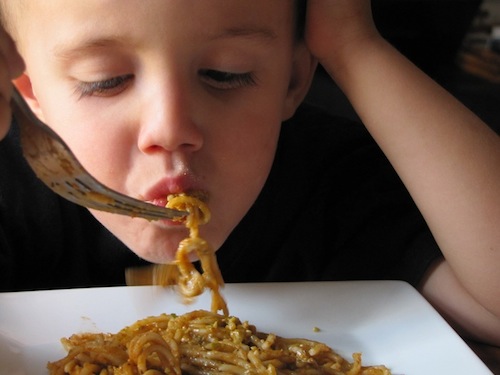 Most of our Herbies of the Weeks are adults, but kids can experience life changes from a plant-based diet too. This week we meet Jacob & Talia and their mom Jacqueline, who tells their story. 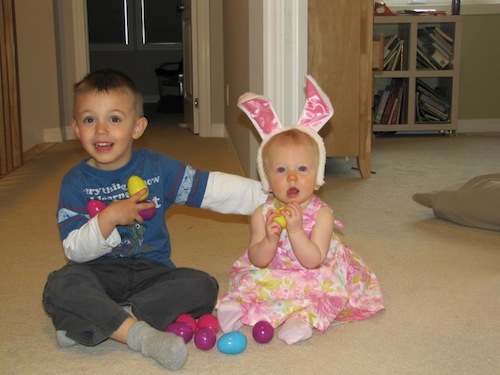 HH: Let's start with Jacob. Tell us a little bit about Jacob's history:

From birth, my son constantly had a stuffy nose and was always breathing through his mouth. I didn’t think much of it; I thought a lot of kids were just mouth breathers. He also had baby acne, and more bowel movements than normal. One winter, he had pneumonia twice, and a series of coughs and that would last for a month at a time. We were referred to an ENT (ear, nose and throat) specialist who recommended removing his tonsils and adenoids, and planting tubes in his ears.

He was only two years old! I couldn’t fathom signing him up for an elective surgery. The specialist couldn't tell me why his tonsils and were enlarged and wasn’t at all interested in investigating why.

I knew there had to be a reason why he was constantly stuffed up. I consulted a naturopath who suggested that a food allergy could be causing his enlarged tonsils so she recommended food allergy testing. She explained the tricky part about identifying food sensitivities is that they don’t have an immediate reaction like the anaphylactic reaction I was thinking of.

HH: Did testing reveal any allergies or sensitivities?

Through testing, we learned that Jacob was highly sensitive to cow’s milk, cheese and eggs. I immediately cut these foods out of his diet.

HH: Was this hard for you? To make changes in his diet?

I was also on my own food-journey to a plant-based lifestyle at the time and had already eliminated dairy from my diet and only ate meat a few times a month.

HH: Once you eliminated dairy and eggs from Jacob's diet, did you notice any changes in his health?

I noticed a change in just a few weeks - he could breathe through his nose and went from five bowel movements a day to two or three. Also, when Jacob was an infant, he spit up ALL the time regardless if he had formula or breast milk. He constantly had the hiccups and threw up a good portion of his milk at least a few times a day. I didn’t make the connection at the time that dairy was causing this. Thinking back to when I was pregnant with him, I consumed dairy and he had the hiccups constantly.

After several months with these foods off of his plate, his tonsils were visibly smaller. He is almost four now and has avoided antibiotics for two years now and he never went back to the ENT. Jacob is 100% improved, no surgery required. 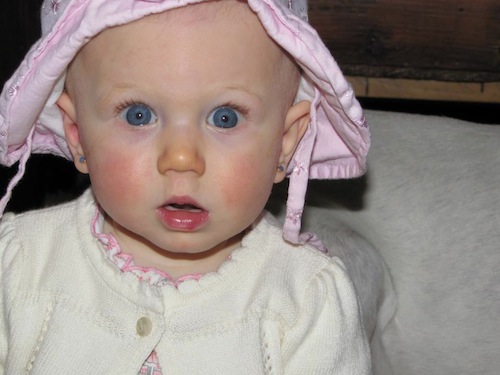 HH: That's incredible! What about Talia? What's her history?

Talia was born three years after Jacob. By the time I was pregnant with her I ate a mostly plant-based diet. I was still having meat a few times a month, usually if someone else was cooking. I avoided dairy for the most part by this time since I felt so much better without it.

I had a healthy, easy pregnancy and she was a very healthy baby, she was perfectly regular, and had flawless skin. While nursing her, I would occasionally eat a baked dessert or something made with milk or eggs. She would almost instantly get a diaper rash. I completely removed it from my diet, being more diligent to avoid it and she is 10-months old now and basically diaper-rash free.

HH: Do you think these experiences with your kids played a role in your personal journey to a plant-based diet?

Absolutely. Seeing how animal products have affected my kids almost instantly, helped me eliminate them completely. Babies are born so pure and uncontaminated by animal products, they react very quickly when these foods are introduced. Things like hiccups, spit-up and diaper-rash all seem like normal occurrences to many parents, but in fact, are not normal, and what they are eating is causing this and it doesn’t have to be this way. Allergic or not, our bodies were not meant to consume animal products.

I went from eating meat a few times a month to eliminating it completely and I have never felt better.

HH: And the father? Is he supportive? Has he made any dietary changes?
Yes. My husband was overweight and on three different blood pressure medications at the age of 31. He is 36 now, 20 lbs. lighter and doesn’t need any blood pressure medications since removing most animal products from his diet. He still eats meat every now and again, but regrets it every time and everyday is leaning more and more into the plant-based lifestyle. 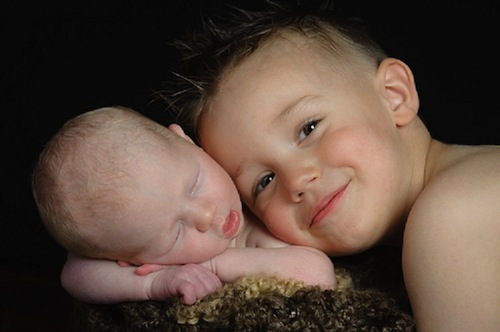 HH: Finally, for parents reading this who are now curious about changing their kids diet to avoid surgery, is there anywhere they can go for more information?
It pains me to think of how many parents will put their kid through an un-necessary surgery, when all they need to do is look at their diet! I would be so happy if you could help share this message with me. I wrote a post about it here - You cal also read about my personal journey to a plant-based diet here.