Minimalist Monday: When It's Time to Move On 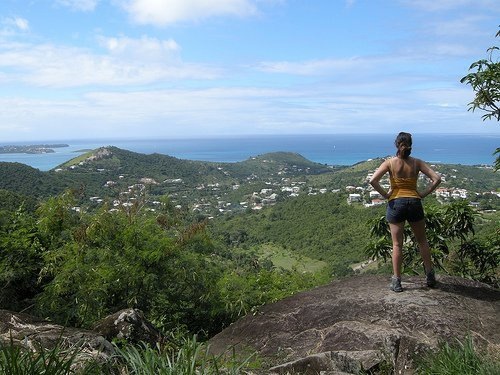 The universe is always teaching me something and I try to share these lessons I've learned on my personal Facebook page. Recently, I shared this lesson:

The best way to move past an issue is to stop drawing attention to it and talking about it.

Several of my friends left really thought-provoking comments in response:

"This a thousand times! I'm always amazed by people who wait till a fire is almost out to throw gasoline on it and another match. It's the people who I call arsonists, they like to set fire to things just so they have something to do and occupy themselves with. Meanwhile everyone else had to deal with their need for entertainment, trouble is they never see or care about what they are burning down." - Natala

"AGREED! Put the past in the past where it belongs! Amen Sistah!" - Lisa

"I had that kind of day too. I like what my neighbor said to me about an issue I was having. "don't let it take up rent for free in your head.". Love it!!" - Gayle

"I once heard if you tell the story more than three times .....you're obsessing - time to move on. works as a heads up for me...nough is nough sort of thing." - Stephanie

I'm sure we all find a meaning in my statement, or one of the responses.

When I first posted the lesson, I was thinking about what Natala had referenced; but as the responses continued, and especially when I read Stephanie's response, it brought light to something new but not necessarily different.

Earlier in the week (and unrelated to the event that provoked the status update) a person I'd been working with had wronged me and I vented my anger, disappointment, sadness and frustration to my husband. Totally natural, right?

A few days later I was catching up with a friend and I filled her in on what happened earlier in the week. Totally natural, right? Only when I was retelling my experience to my friend, Stephanie's comment was fresh in my mind and I suddenly realized that by retelling the story to my friend, I was making myself relive all those emotions I'd pushed passed. I could feel myself getting angry, sad, frustrated and disappointed all over again. I'd moved on to move back.

This experience made me look back to all the time's I'd vented multiple times to the same person or to multiple people. Did all that rehashing serve me? No. Did it serve the listener? No. I brought this up with my friend and she agreed. She mentioned how after she and her last boyfriend up, she was constantly talking about it over and over again, which she thought was part of healing, but after a while she realized all it was doing was making her more sad or more angry or more negative. It wasn't pushing her forward. It wasn't allowing her to move on. How can you move on if you're busy dwelling?

And just how minimalist is retelling and dwelling anyway? I still need to vent sometimes, but once is enough. Then when I move on. I move on. I don't move back.

So this minimalist monday, I urge you to look back at these statements, and my experience -- and my friends. Can you relate? Are you motivated to move on?