Minimalist Monday: From Debt and Back 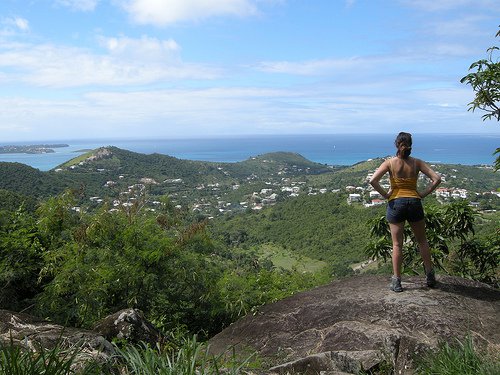 One of my motivations for becoming a minimalist was debt. Scott and I did not have a lot of it. I have a mound of educational debt, true, but that didn't bother me. The problem was the small amount of credit card debt. It was only a few thousand, but it was a few thousand more than I wanted.

I think what bothered me most about it was that I felt like I didn't deserve to have it. Yes I had put the money on my credit card and yes I wanted to pay what I owed, but it felt so unfair to have all this credit card debt when I hadn't been living outside my means. The debt wasn't charges for purses and shoes I didn't need (but surely wanted). All the debt was a loan to keep me afloat. I needed emergency dental surgery and didn't have $2,000. The car broke down and needed a pricey repair ($800) and we didn't have the money, but Scott needed to be able to get to work. Every penny on our credit card was something that was a necessity.

I wanted to have a nest egg -- a small savings tucked away from when these events happened, but we were living paycheck to paycheck. We were scraping by and there was never any money leftover to put in a rainy day fund.

Still, the credit card debt was clawing at me and I couldn't stand it. I wanted to be free from it. It was holding me back. It made me nervous. It gave me anxiety, especially when the dental surgery was a few years ago and I still hadn't fully paid it off... would I ever?

That's when I took a good look around me and decided something had to give. If I was doing everything right, then I wouldn't be where I was. Clearly I was living outside of my means in some way. Even though it didn't feel like I was. Even though I didn't live a lavish lifestyle. Because of the situation I was in financially, I knew deep down there must be a way for me to scale back and reduce in order to get out.

I decided to become a minimalist and break free from the consumer mentality. I reevaluated everything we spent money on. Did we really need cable TV or could I cancel it and pay $8 for Hulu/Netflix (I knew us well enough to know we needed some kind of entertainment). Instead of going out to eat once or twice a month with friends, could we invite them over for dinner instead? Did I really need a new dress or could I just find new ways to wear what I already owned?

A few months before, I'd have swore six ways from Sunday that I couldn't possibly scrimp -- that there was no room anywhere, that we were savvy and frugal and I just needed a raise to make a change, and with my old mentality, that was absolutely true. But once I adopted a new mindset, and made peace with the realization that I needed less than I thought I did, I started finding ways to save. I found ways to scale back and truly live within my means.

Before long something happened that I'd never had before: There was money left in my bank account after the month's end and straight to that debt the money went. It was tempting to go treat myself, or buy something, but I had a responsibility.

It took a long time, but the debt is paid off and it was exhilarating to make that last and final payment. Now the leftover money I have each month goes into that rainy day fund so I don't find my way back to that place of clawing, nagging debt.

You may have debt, you may not, but the lesson here is to break free or work toward's breaking free of whatever is clawing at you. Whatever is holding you back or giving you stress. There is a step you can take today. It might be small. As small as admitting something needs to give and a change needs to be made. Progress, not perfection... but beginning to break free.