Herbie of the Week: Jenny 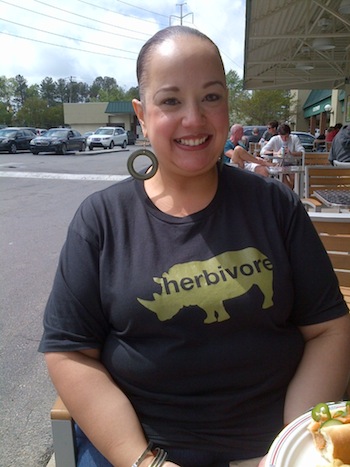 Meet Jenny, our Herbie of the Week. After a health scare and a 6.5 hour surgery to remove a tumor, Jenny turned to a plant-based lifestyle. She's lost weight and has more energy! 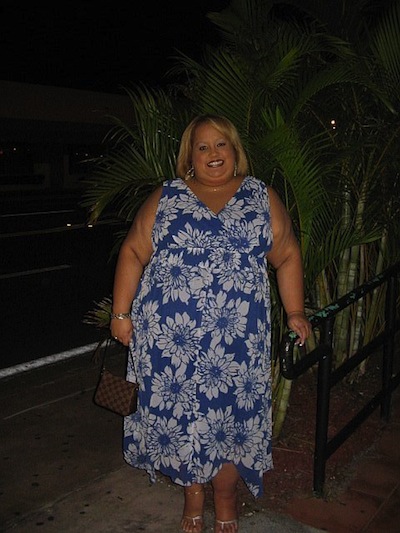 HH: There was a pretty big (and scary!) event that led you towards a plant-based diet. Can you tell us about that?

On August 4, 2011 I found this huge “lump” sticking out of my body so I went to the urgent care. The doctor on call diagnosed it as an abscess and referred me to a general surgeon because of its size (the part that bulged out was the size of a lemon). Four days later, the general surgeon tried to drain/aspirate it but had no luck. He immediately sent me over to the hospital for further testing and about a week later I got a call from an oncologist. My “abscess” was not an abscess; it was actually a malignant tumor.

On September 13, 2011 I underwent surgery to have the monstrous tumor removed. The tumor was significantly larger than the MRI showed and what was predicted to be a 3 hour surgery took over 6 ½ hours to remove.

HH: How did you find out about eating plant-based?

Shortly after my surgery, a very good friend of mine told me that I should consider changing my diet and stop eating meat. I was unclear as to why meat would have an impact on cancer but after watching Forks Over Knives, I found out its not meat, its all animal proteins. A little while later Whole Foods did their Engine 2 28-day challenge and I signed up! (That’s when I found out about Happy Herbivore!)

HH: What was your diet like before you made the switch?

My Mom (I grew up with a single parent) never liked to cook so I pretty much grew up on restaurant food. Back in May 2011, my husband and I decided to read a book by Jillian Michaels and it talked about how we should only eat organic foods and remove all sorts of artificial ingredients. I definitely noticed a big change in my body when I did that, but it wasn't enough. I wanted more and that's when I started considering a complete diet change.

HH: Has your family been supportive of your decision?

My husband has been EXTREMELY supportive of me during my change and honestly, I think that is very important. Although he claims that he will never “make the switch” he has cut back on his meat consumption a lot. He loves the veggie burgers I make and he also loves the deserts and muffins I occasionally make thanks to Happy Herbivore’s recipes.

HH: What about your doctors? What do they think?

When I went to see my oncologist on March 14 (2012) he was impressed with my weight loss and when I told him I had switched to a plant-based diet, he was very happy and said it was the best thing for me to do.

HH: In addition to weight-loss, have you experienced any other benefits?

My body feels cleaner, I definitely sleep better and my energy levels have gone up. I love this new lifestyle and I just wish that I had learned about this sooner.