A Vegan Taste of Toronto 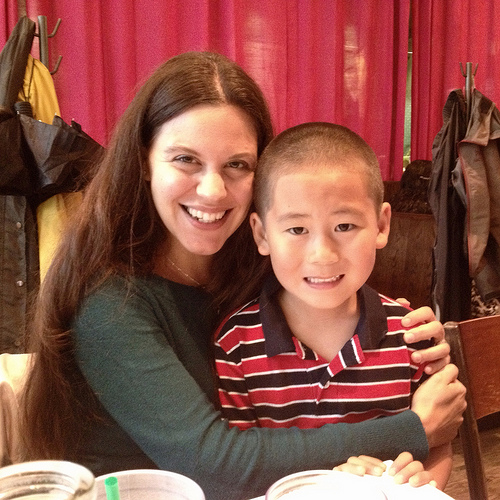 After visiting Boston Scott and I headed to Toronto, to begin a whirlwind baseball stadium journey (5 stadiums in 5 different cities in 5 days). But first we had to stop at Niagra Falls. 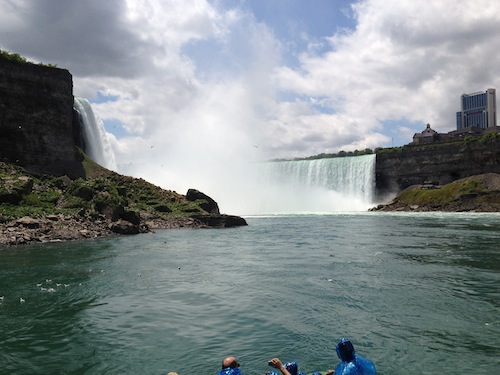 Scott & I have been pretty good about seeing all the major sites in the United States, as well as those abroad, but somehow we'd always missed seeing the Falls, until now. They were spectacular! 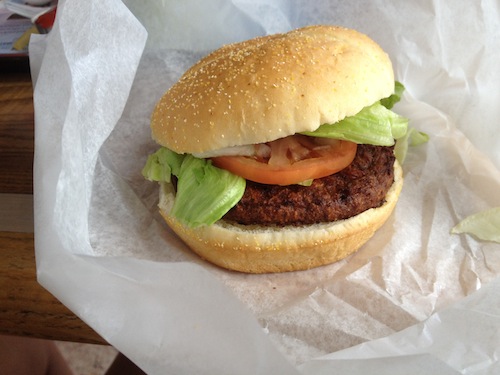 As we were leaving to find lunch, I saw a sign that said every dollar spent at the Falls supports the falls, so I dragged Scott to the food court. I figured maybe we could get garden salads to hold us over. I wanted to buy something to help support the Falls. Imagine my surprise when they offered an Yves veggie burger that was vegan! Next up: Toronto and the baseball tour! Although I like baseball, this baseball trip isn't really my thing, it's Scott's -- his dream is to watch a game in every MLB stadium. When we were planning the trip, however, I couldn't understand why he wanted us to arrive in Toronto a day early... until I received my surprise in Toronto! 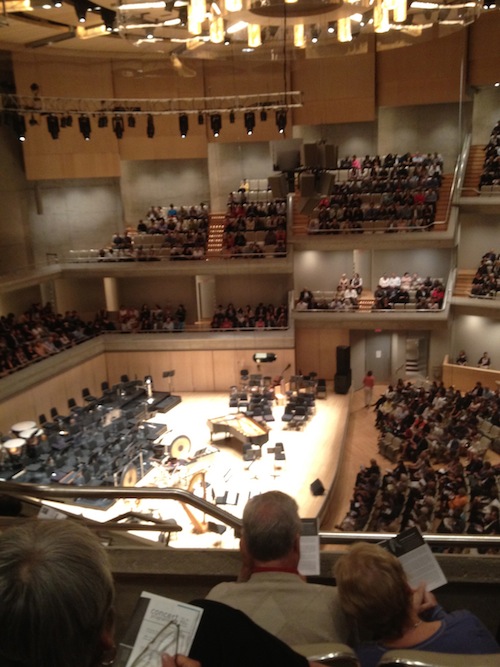 For years it has been a dream of mine to see Yo-Yo Ma play in concert, and that dream finally came true when Scott surprised me with tickets to Yo-Yo Ma at the Toronto Symphony. It was spectacular. I love it when dreams come true. The next afternoon we had some free time before the game and we went to lunch at Fresh on Bloor where I finally got to meet Adam and his lovely mom, Kimberly! You might know Adam from Everyday Happy Herbivore (he's on page #23) or his guest post here on Happy Herbivore.

It was such a special treat to meet Adam & his mom, Kimberly.We have been long-time online friends and they both tested recipes for Everyday *and* my new book, Happy Herbivore Abroad. The food was also awesome and the company was even better. Adam and Scott ordered the Quinoa Onion Rings. 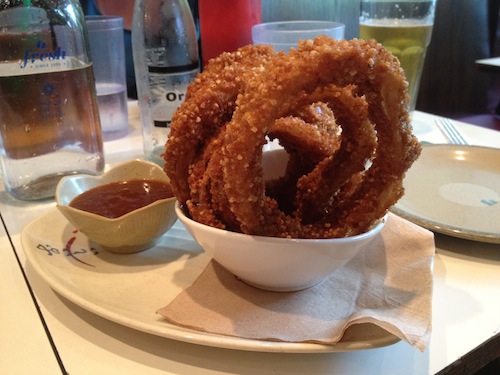 I ordered their in-house homemade veggie burger but over greens instead of a bun (love that they had that option!) It was exceptional. Scott and Adam had the burger too, but with a bun and Kimberly ordered a gorgeous wrap. 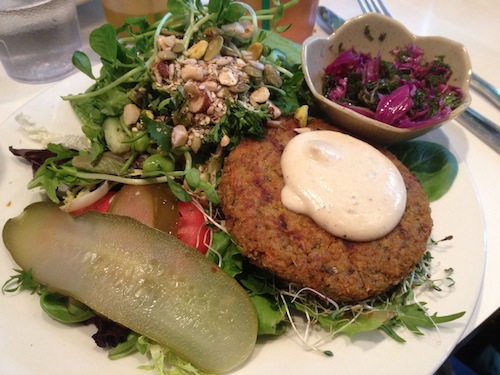 I also shared a vanilla cupcake with Scott. 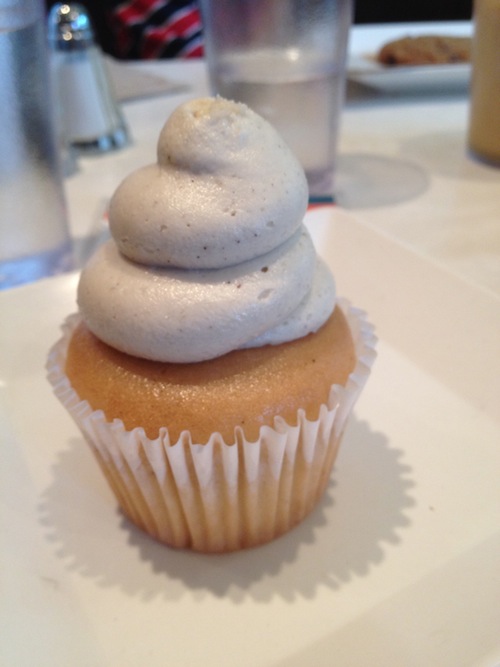 That night we went to the Toronto Blue Jays game to cheer for our Boston Red Sox (and I continue to be a good luck charm - they won). 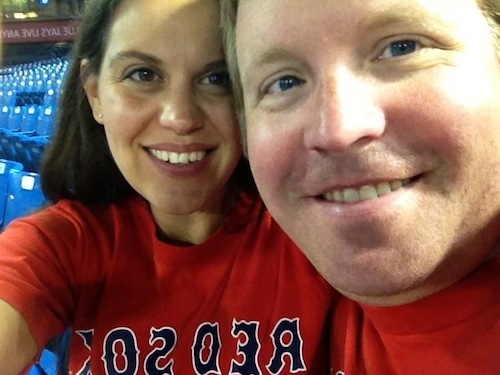 The stadium didn't seem to have any vegan options, but to be fair I didn't look that hard since I was stuffed from my big lunch. However, I noticed all the vendors outside the stadium sold fat-free veggie dogs, which I thought was pretty awesome! Scott & I also shared one after the game and it was pretty good, but a little chewy (inside joke to Adam and his Mom!) 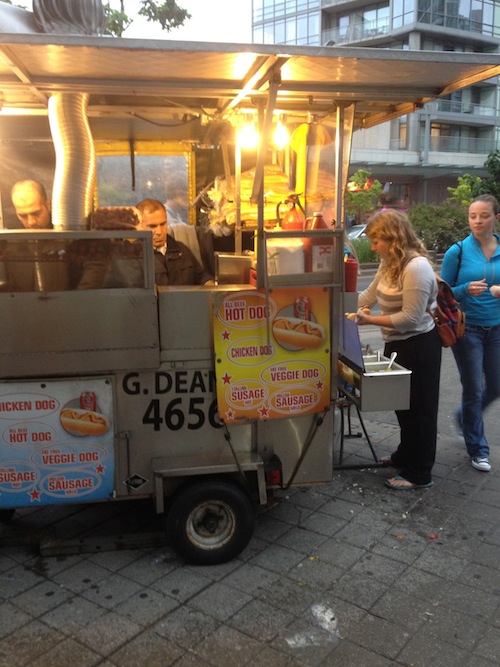 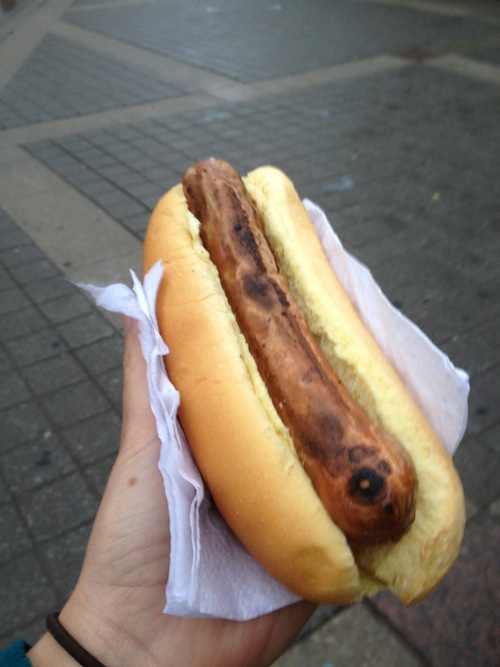