A Vegan Taste of Detroit

After Toronto we went to Detroit. I consider myself a Red Sox fan which means I cheer for the Red Sox and any team that's playing the Yankees. So, in Detroit, I was a Tigers fan!

It also happened to be Star Wars night (I'm a total Star Wars nerd) and I sort of lost my cool when I walked into the stadium and saw R2D2 and storm troopers. Okay, I totally geeked out and Scott laughed at me. 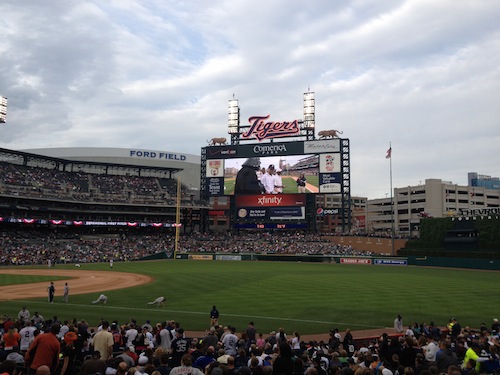 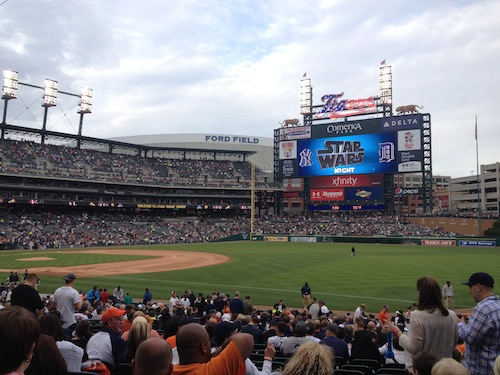 It was a very intense ball game but a lot of fun -- Tiger fans are die hard like Sox fans, so I felt right at home. I'd heard the stadium had a lot of vegan options -- vegan hamburgers and the like since Prince Fielder used to be a vegetarian (yes, I know, so sad he isn't anymore!) but I didn't see them (though it was a big stadium and I didn't check EVERY establishment). I did find veggie wraps, hummus and fruit bowls all over the place, though. 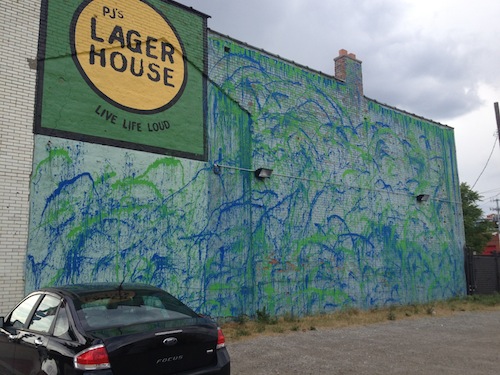 Anyway, I skipped the ballpark fare since we had a late lunch. After arriving in Detroit I popped onto Happycow.net and found a listing for PJ's Lager House near the stadium that had vegan options. You wouldn't guess by the looks of the restaurant that it had vegan options, or terrific food -- a lesson not to judge a book by it's cover; the food was exceptional. (and the outside of the building was pretty awesome!)

Scott & I both ordered the vegan burrito, except I ordered mine without the tortilla. It included pinto and black beans, rice, salsa, avocado and vegan queso! The queso was awesome! I loved my meal and the ambiance was cool, too. Our hotel in Detroit also had a Greek restaurant in the lobby. I stopped in for a late night snack after the game and they had the best, most freshest hummus I've ever tasted. (Their soup of the day was a lentil soup, which was vegan, and delicious! but I forgot to take a picture). I loved that I was able to order the hummus without oil and with whole-wheat pita bread too!