Herbie of the Week: Jessica 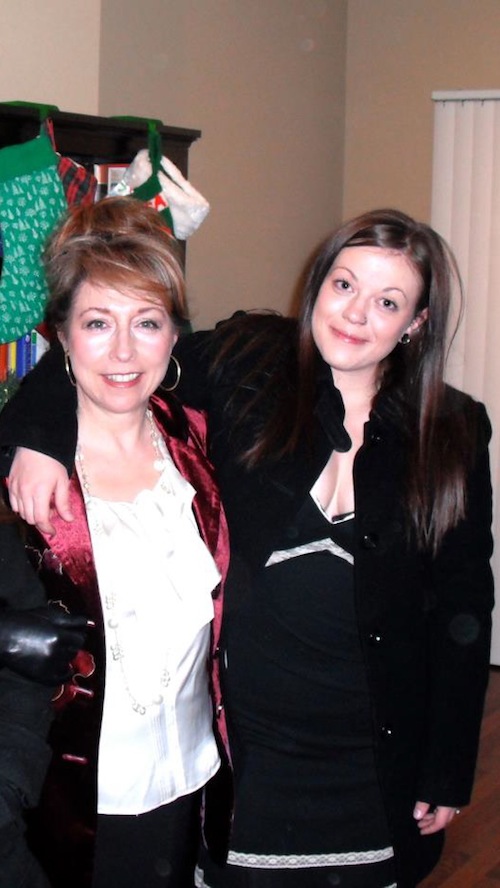 By switching to a plant-based diet, Jessica has been able to get off all the medications she was taking for fibromyalgia, chronic migraines, irritable bowel syndrome, and depression/bipolar disorder!

HH: Tell us a little bit about your history and past medical conditions:

It all started with depression and headaches as a teenager. After I started college, both got worse and I developed a number of additional symptoms: I was angry and impulsive, I dealt with disabling pain during my monthly cycle and I had chronic fatigue and sleep paralysis (which is quite scary).

By the time I started graduate school, I was also experiencing chronic back and joint pain that prevented me from exercising or standing and sitting up for too long. My fingers and toes would go numb for no apparent reason, and I would have these moments where a random part of my body would suddenly begin to hurt tremendously, as if someone were stabbing me. I also had constant, excruciating stomach pains, embarrassing bladder problems, heart palpitations, and sexual dysfunction.

It was so difficult to make it through an entire day without a long nap and I would fall asleep almost instantly if I sat down. My memory was shot. I couldn't remember things, like the last time I called my mom. Everything was foggy. On top of all of that, I was slowly becoming more and more overweight.

HH: Did you seek medical help for these conditions?

I saw so many general practitioners who would refer me out to specialists (rheumatologists, physical therapists, urologists, psychiatrists, gynecologists, neurologists, gastroenterologists, etc.). Each doctor wanted to run a dozen tests from blood work, to x-rays, to MRIs. I was evaluated for everything you can imagine. In the end, when they couldn’t really find anything, I was told, “you have fibromyalgia!” I considered this a we-don’t-really-know-what’s-wrong-so-we’ll-just-make-something-up diagnosis.

I was also on lots of medicine! Three different medicines for migraine prevention and relief; five different medicines for pain, muscle relaxers for my stomach cramping, some topical gel for my bladder, dozens of anti-depressants and mood-stabilizers (because my doctors thought I was suffering from type 2 bipolar disorder), anti-anxiety medications, fiber and vitamin supplements, laxatives, etc. I even had physical therapist and a portable transcutaneous electrical nerve stimulation (TENS) unit my doctors felt was so necessary to relieve my back pain and bladder problems.

HH: Did the medications help?

The medicine and other interventions didn’t go over too well because they never completely got rid of the symptoms and they each had their own yucky side effects. I had to stop a lot of them because the side effects were worse than the original problem.

I took most of them because I trusted my doctors, but I still felt horrible. I always had the feeling that I was too young to be feeling so sick and taking all of those pills.

HH: You were a vegetarian your whole life -- which most people would think is pretty healthy, but you weren't. What made you eliminate dairy and eggs, and switch to a 100% plant-based diet? I watched the documentaries Forks Over Knives, Fat, Sick, and Nearly Dead, and Earthlings. Up to that point, I just thought I was destined to have poor health and develop diabetes and heart disease like most of the people in my family. After seeing those films I realized that I could take control of my own health. I immediately eliminated all animal products and artificial and processed foods from my diet.

HH: Have you noticed any benefits since adopting a plant-based diet?

Tremendous benefits! I no longer take any medications, which is liberating. I don’t get headaches or joint and muscle pains. I have energy and clarity of mind and my memory is back. My bowel, bladder, and sleep problems are completely gone. I’m not angry or depressed anymore. I’m calmer and kinder to people. I went from a size 13 to a size 7. I’ve lost 35 pounds, and although I still have about 25 more to lose, I’m not stressed out about it. I feel good.

HH: Was it easy to go from being a vegetarian to being plant-based?

This time, yes. A few other times in the past, I tried the vegan thing. But I was one of those unhealthy vegans; still eating the processed junk. It didn’t ever last too long and I would end up caving in to my cravings and eating a bunch of cheesy pizza or a big bowl of ice cream. With the fabulous recipes in the Happy Herbivore cookbooks, I’ve been able to stick to it. I think the difference this time is that eating whole foods (instead of processed vegan junk) actually eliminates my cravings for all of the bad stuff. When I think about a milk shake or a mozzarella cheese stick now, I gag a little. 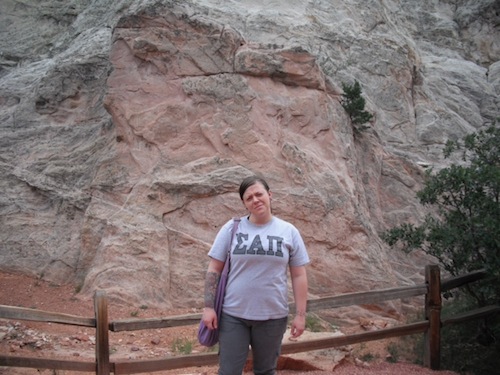 I’ve been able to convince my mom to go plant-based. She was vegetarian but still eating a lot of oil, cheese, butter, and eggs and still taking medication for her cholesterol. After several weeks and multiple phone conversations about all the yummy food I was eating and how good I felt, she called me and said, “I don’t like taking these pills. I wish I didn’t have to take any medication.” My response was, “Well, you know what you need to do to get rid of the pills!” She made a commitment to “try it out”. Every time I talk to her now, she tells me about how good she feels. More energy, less depression, clearer thinking, and no more pills.