Herbie of the Week: Jeannine 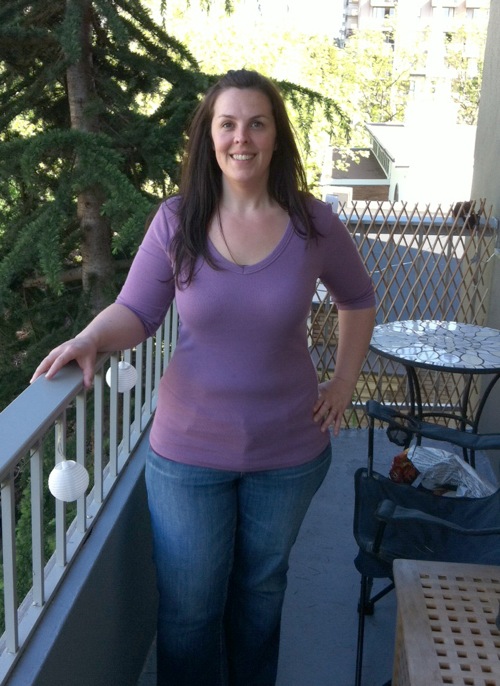 Last week we met Aaron who got off all his BP meds and Statins after going plant-based. This week we meet Jeannine who struggled with yo-yo dieting for years before finding a plant-based diet that she can stick with.

HH: Like many of us, you've battled your weight and struggled with yo-yo dieting. Can you tell us a little more about that?

I've always been a little on the chubby side, but after I graduated college and started working as a graphic designer I really packed on the pounds. That began a long relationship with yo-yo dieting. When I finally lost the weight 'for good this time' I thought my weight problems were over.

Then I started having problems with low energy and depression, and because I love junk food, I fed the depression with chips and chocolate. After a few years on this downward spiral, I was treated with anti-depressants. But then I lost my job due to downsizing and my marriage was failing.

HH: Oh man, when it rains it pours!

Losing my job, however, gave the much needed time to take care of my health. It was probably the best thing that ever happened to me. I found a new family doctor who immediately referred me to an Endocrinologist. I was diagnosed with Hashimoto's Thyroiditis, an auto-immune disease that causes severe hypothyroidism. By then I had gained over 100lbs.

HH: Did things change for you after your diagnosis?

In the next year and a half, I started working again, but that ended 6 months later when the economy crashed. I also finally got the guts to end a toxic marriage. A lot of changes! Thankfully I had a very good friend in my life at the time who helped me through all this, and eventually that friend became my super-awesome hubby that I so dearly love today.

HH: Did you make any changes to your health or diet as well?

HH: You mentioned before that you'd been a yo-yo dieter and struggled with a love for junk food -- what has changed, how is eating plant-based different than your previous attempts?

This one is different because the food actually tastes great! And there's no complicated formulas such as counting the grams of protein and carbs for every meal. I used to hate vegetables, I would pick vegetables off my pizza and a side dish never got touched (yet I'd still have room for dessert of course!) Now I pile the veggies on my pizza and even eat the ones that fall off.

HH: Have you noticed any additional benefits since going plant-based?

Before I was plant-based, I normalized my thyroid using Synthroid, which is a synthetic hormone. The thyroid medication allowed me to feel somewhat normal again so that I could do normal everyday things, like only sleep 8 hours instead of 15, and walk a few blocks without struggling, etc. Without it I would have continued on being like a zombie. I then lost about 60lbs, and another 25 more after switching to plant based, but I didn't feel that surge of energy I was expecting.

That's when I took a hard look at my eating habits and realized I was still eating processed foods. I learned just because it's "vegan" doesn't mean it's healthy. When I cut out the vegan junk and convenience foods I felt a major increase in energy.

I just went to the doctor, and compared to my last physical, my total cholesterol dropped 27 points to 166, and my HDL went from 120 to 104.

HH: Was the transition to a plant-based diet a struggle for you or hubby? If so, how did you overcome those challenges?

Yes! My husband and I were so accustomed to basing our meals around meat we didn't really know what to make for our meals. I started out by searching online for recipes and started out making simple meals like meatless sloppy joes or spaghetti, we often bought veggie patties, canned vegetarian baked beans and started experimenting with tofu stir-fry's. The first recipe book I got was Engine 2 Diet then Happy Herbivore Cookbook. That's when we discovered just how tasty a plant-based diet could be!

Thank you Jeanine for your honesty -- we're so glad you're feeling better and found the strength to take charge of your health -- and your life!