Herbie of the Week : Julie

Last week we met Melissa, who feels lighter and more balanced than ever after losing 100lbs. This week we meet Julie, who after being vegetarian for 30 years celebrated her 1 year plant-based (vegan) anniversary yesterday! Congrats Julie! 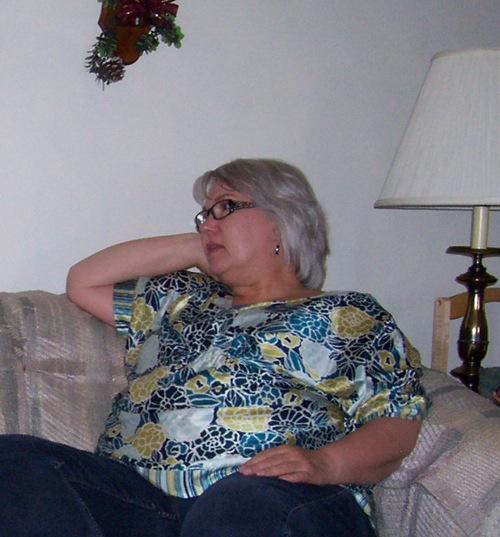 HH: You've followed a vegetarian diet for over 30 years, but just recently took a healthier approach to it. Can you tell us a bit more?

Back in the '70's, in my early 20's, when I was going through a health kick, I gave up meat, after reading about the hormones cattle were given to fatten them up faster. After starting a family, I had meat on occasion because my family ate their fare share and I couldn't always eat around it, but once I became a single parent, I fed my kids mostly vegetarian. After years of little to no meat for me, cooking/eating animals was pretty unappealing.

I was a very ambivalent cook. I dreaded the daily grind of trying to figure out 'what's for dinner' and since I didn't know how to throw a low-fat vegetarian meal together that tasted very good, we ended up having a lot of mac & cheese, packaged convenience foods, or take-out.

Once my kids were grown, I would sometimes get motivated to try to go vegan and low-fat, but I would end up eating the same thing all the time, get really bored, and give up.

HH: What made you finally stick with a low-fat vegan diet?

I discovered Dr. McDougall's website a few years ago, and when I was finally sick and tired of being sick and tired, I poured over the tons of free information available there.

I also had to finally admit that food was always more than food for me. It was my drug of choice; what I turned to in times of heartache or stress. I read about how over the last 60+ years, our food industry, with all the processing, has made food more drug-like and it kicks cravings into high gear (for more info read this cnn health article called Fatty foods may cause cocaine-like addiction).

May 1st, 2011, I stopped the animal products and added oils, and have been plant-based since. Gradually, my constant hunger and cravings have dissipated. I don't eat near the volume of food I was eating, and rarely snack outside of a meal.

HH: Have you been able to get a grip on your "drug of choice"?

I believe I can still enjoy good health by indulging on a very limited basis, but in order to do that, I've had to set some rules for myself. I try very hard to limit desserts to only once every 2-4 weeks, and only when I'm out. I keep dessert out of the house. because if it's in the house, it WILL be calling me from the kitchen, and that's my breakfast, lunch, and dinner, until it's GONE. Hate to admit that, but it's true.

HH: You previously said you hated cooking, has that changed at all?

I've been making an effort to cook more this past year, but in cooking from Lindsay's cookbooks, Happy Herbivore Cookbook and Everyday Happy Herbivore, for the past 7-8 months, something finally clicked for me, and I've suddenly discovered that I don't dread cooking anymore! The books are just so simple and beautiful. But the recipes are what's hooking me. I love that I can go into my kitchen, and without spending hardly any time at all, I can make something delicious and healthy. What a novel concept! I actually cook!

HH: Have you experienced any positive benefits since changing your diet?

I've lost 60 lbs., and I assume I've still got about 40-50 to go. I'm losing on average, about 5 lbs. a month. Hopefully, I can send you another picture in 8 months or so. But, that said, I feel great. So much better. I biked quite a bit this past summer, which I hadn't done in years, and I've been going to a gym for the last few months. 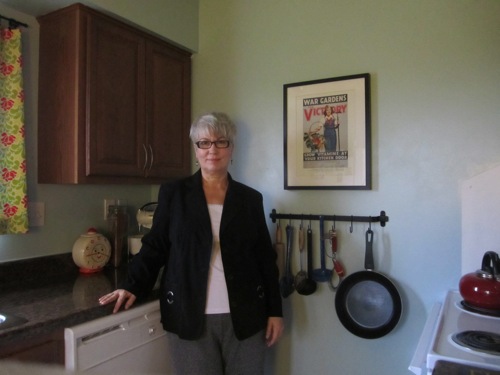 HH: Any tips or hints for those who "hate to cook" like you?

I tend to cook only one or two more time-consuming recipes once every week or so, on the week-end, which gives me some variety throughout the week. The rest of the time, it's usually just potatoes, brown rice, or ww pasta, some beans, and cooked green/yellow vegetables. Anything I cook in water (rice, veggies, etc), I sometimes cooked in veg. broth for flavor. I use garlic pepper and a little salt for seasoning most things, and I also keep HH miso or sage gravy in my fridge to put over veg. and potatoes (love both!). I make HH cornbread once every week or so (the best!!), and HH tofu scrambles or frittata once, sometimes twice a week. Breakfast is usually oatmeal, and lunch is usually leftover dinner. When I do feel like munching on a snack, HH onion rings are to die for.

It takes some time to acclimate to the tastes of a plant-based diet, and to get through those cravings. It's not comfortable, but if you can just bite the bullet, over the course of 1-3 months, it gets much better. I don't think I really believed that, but that's exactly what happened. I can now honestly say, that I don't miss dairy or added fats one bit!

On a side note; my 82 yr. old mother has been making some of these same diet changes over the last 8 months, along with going to the gym, and she's lost 25 lbs., Her Dr. has taken her off one blood pressure medication, with plans to take her off her other one if she continues on this path. Goes to show, it's just never too late to lead a better life!