Another Vegan Taste of Boston 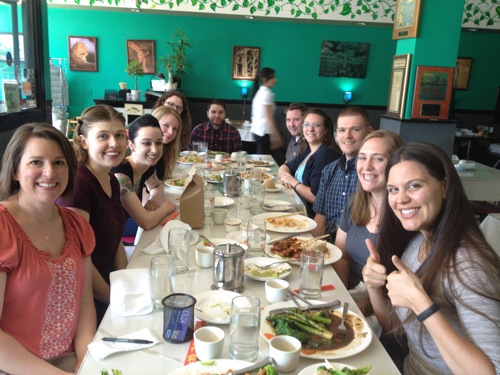 Last weekend I returned to Boston to for my 5-year law school reunion.

On Saturday, I met with Boston-area Herbies at Grasshopper, which was my favorite veg restaurant when I lived in Boston (and I think maybe the only one!).

I ordered my favorite: Grasshopper Supreme while Scott ordered the restaurant's most famous dish: No Name 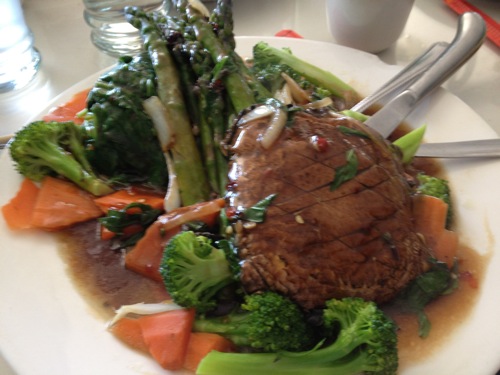 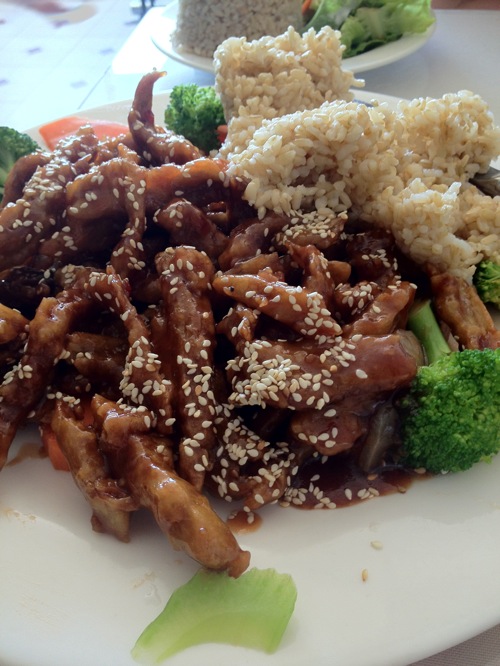 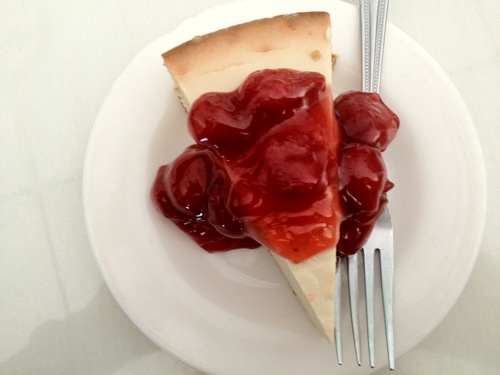 On Sunday, Scott & I met up with our good friends Tracy & Ritche and we went to Life Alive for lunch, which was outstanding. I love that Boston has a vegan restaurant with a healthy agenda! 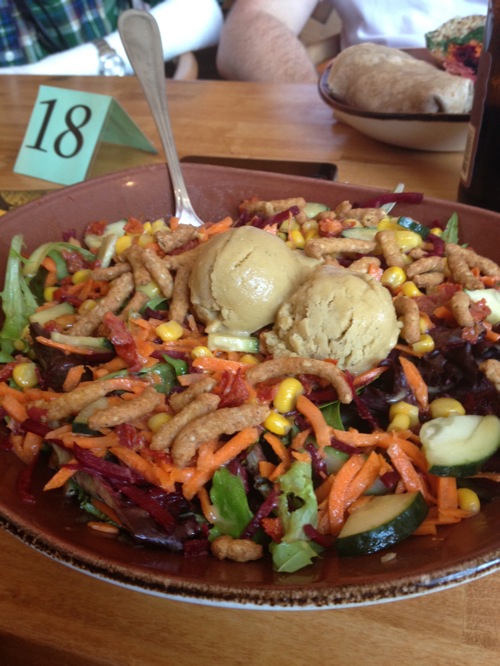 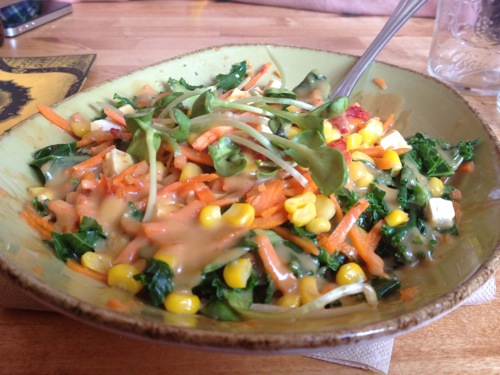 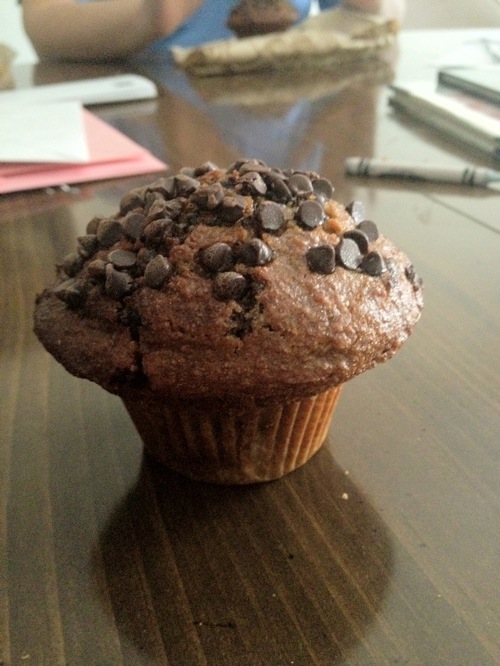 For dinner we went to Veggie Galaxy. I ordered a few sides to try everything: seitan chorizo, a biscuit and then chard on top of mashed potatoes (the waitress suggested it). No one at the table cared for the chorizo (it was bland) and I didn't love the biscuit (but Scott did) however I really enjoyed the chard and mashed potatoes.

My friend Tracy ordered their vegan mac and cheese and she said "omg! you have to try this. It tastes just like your baked mac in HHC" and I swear, it really did. 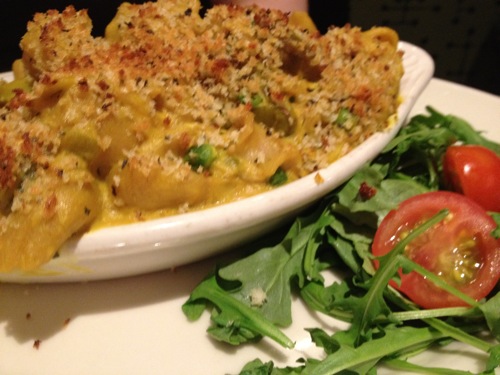 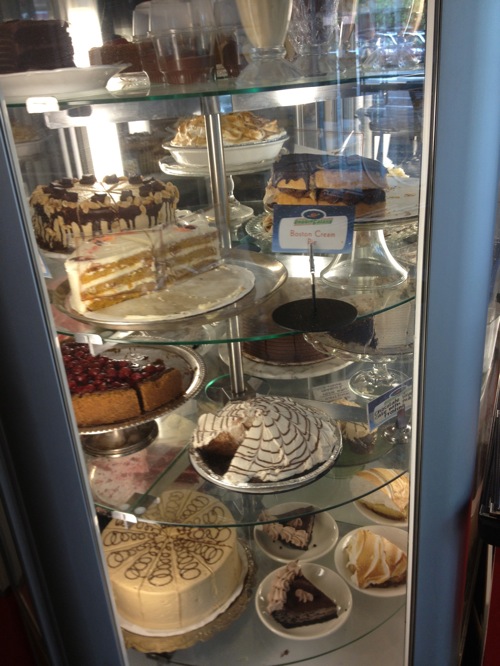 They also had some pretty awesome-looking desserts, but after all that food, I couldn't eat on.

If you want to see my previous reviews of Boston, check out my earlier posts, A Vegan Taste of Boston and Boston: Grasshopper & TJ Scallywaggles.