On Sunday I did a talk and demo at Evolution Fast Food.

They had fliers with my face all over -- it felt really cool!

I have to give a plug to the owner, Mitch. He is such a nice, caring person, and really passionate. His restaurant rivals McDonald's and Burger King and he dreams of having 10,000 locations too so there is a vegan choice everywhere. I was so honored to be part of San Diego's annual Meat-Out at his restaurant. 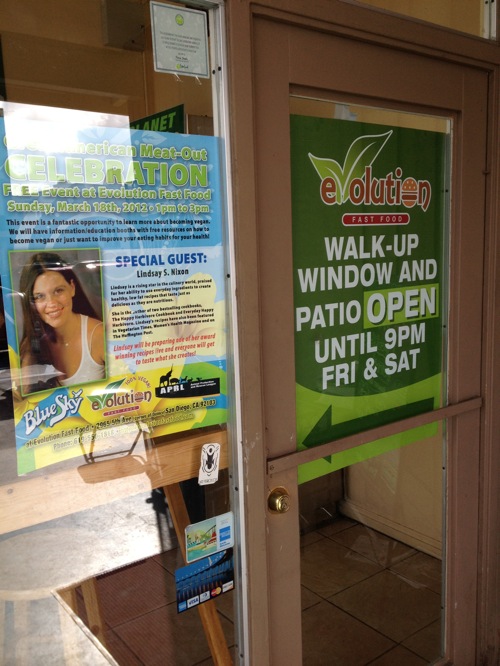 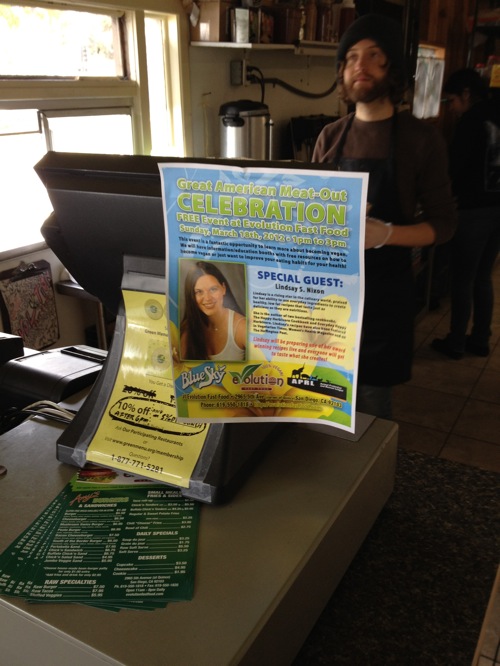 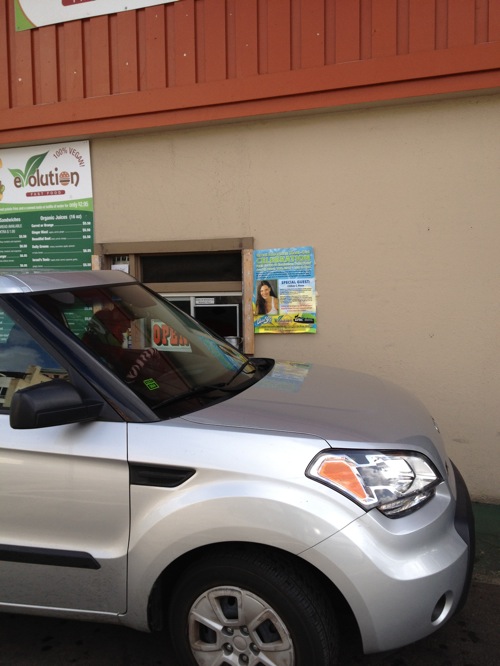 I made HH's Eggless Salad (p. 74, EHH) for the guests. It was a "Top Chef" moment for me -- when I arrived I realized they had run out of black salt, did not have dill relish (only sweet) AND they only had yellow mustard (not Dijon) but alas, the show must go on! So I did a little tweaking and made a wonderful "egg" salad for the attendees. My "egg" salad was served on beautiful whole-grain buns that are made locally and delivered to Evolution FF every day.

I multiplied my basic recipe by 8 --- that's a lot of egg salad! 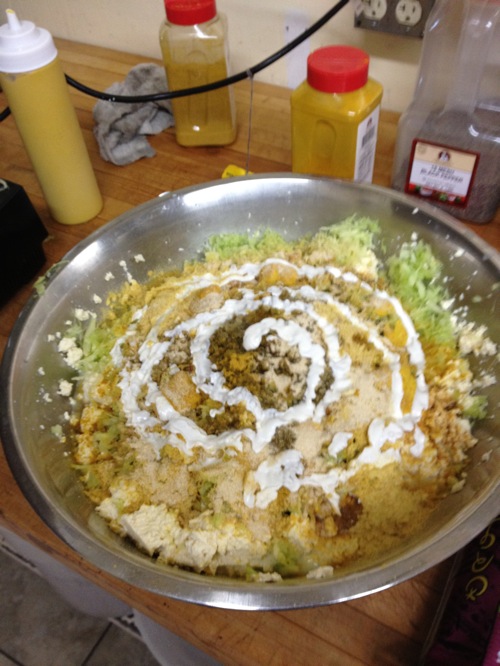 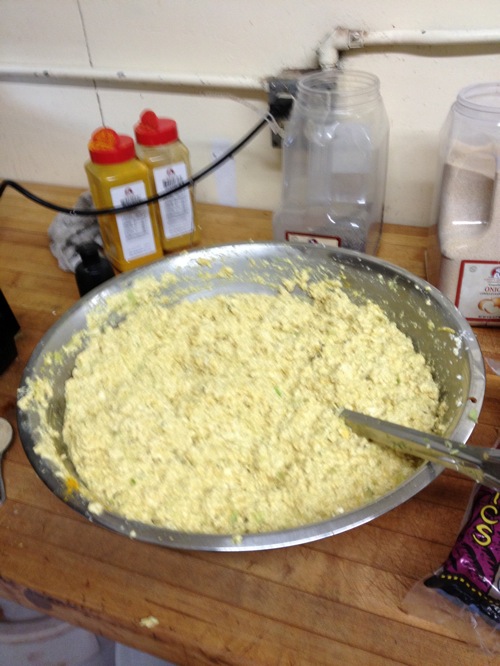 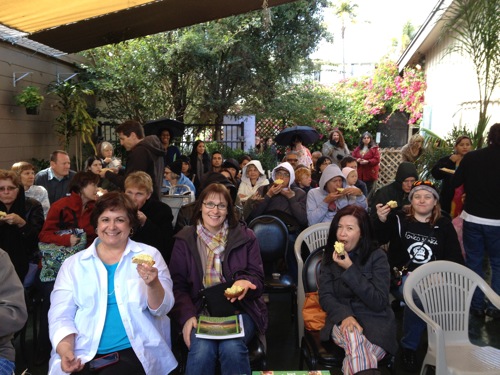 Mitch (the owner) liked it so much I think he's going to put it on his menu! 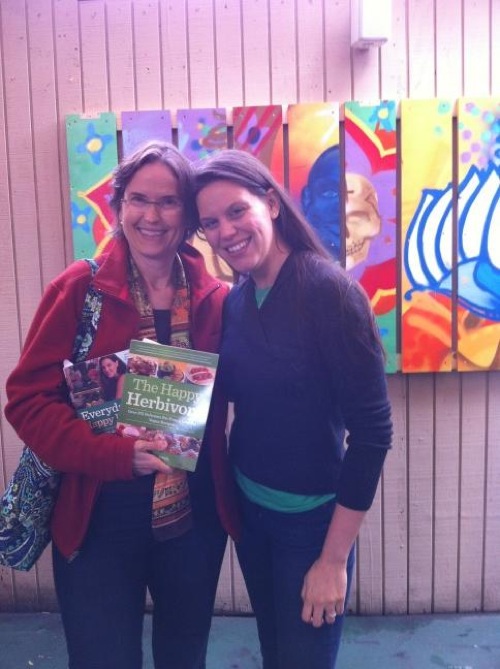 After my demo I signed books and got to meet this cute Herbie dog: 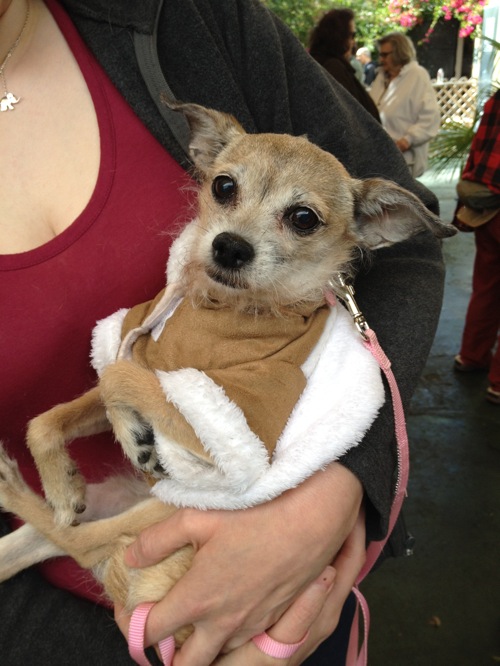 I wanted to steal that little fur baby!!

Then it was time to get my grub on. I ordered the basic hamburger and I swear to you - I was convinced it couldn't be vegan. It reminded me so much of a Big Mac it scared me. I must have confirmed three times that it was 100% vegan it was so unbelievable. I also had fries (though their portion is far too generous after that big burger I didn't have room for more than a few fries). Then, when I saw Bryan with a freshly cracked coconut, I knew I had to have one too, even though I was stuffed. 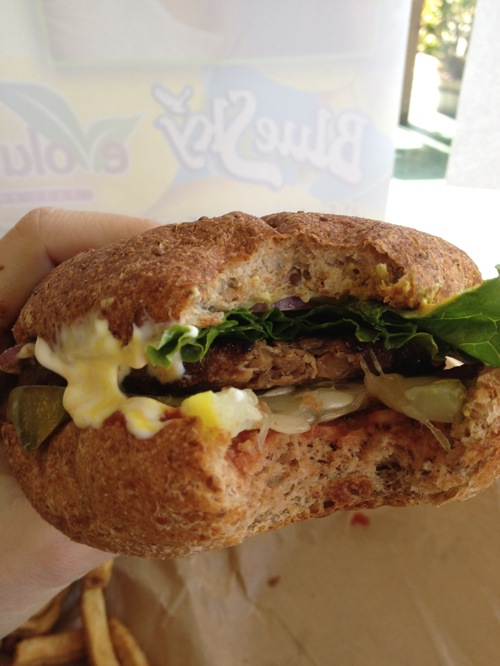 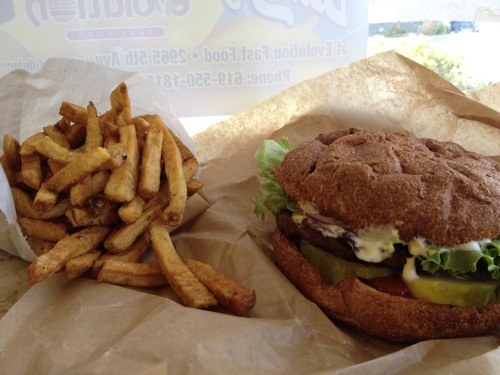 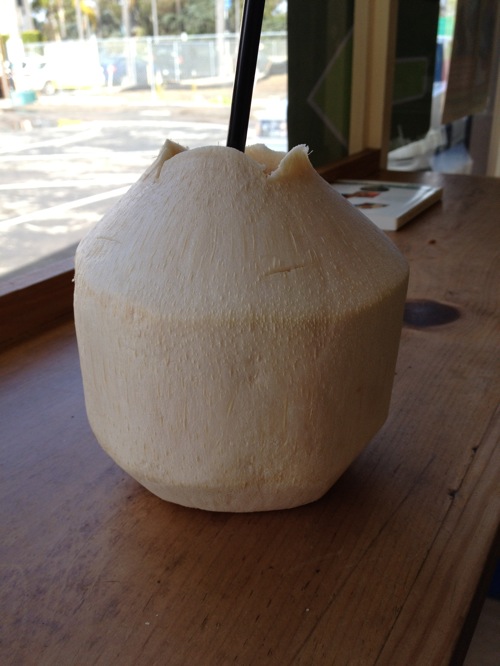 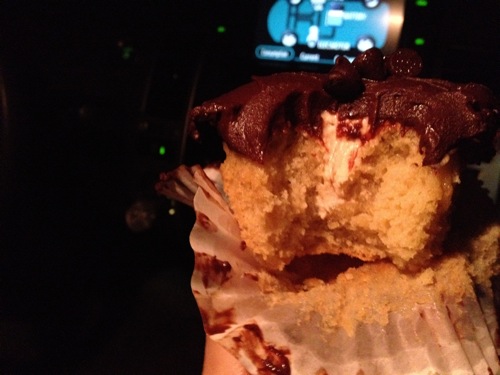 Oh, random! I joke that when I lived in LA I couldn't walk 2 blocks without smacking into a famous actor and while I didn't see any this trip to LA I *did* meet an actress (Bellamy Young) who has played on a few TV shows I watch, including Criminal Minds, which I love and she is presently on. Bellamy and I were both waiting in line for our burgers and I thought she looked familiar but dismissed it because I'm always thinking people look familiar. About 5 minutes later I saw her talking to Bryan and he introduced us... and not able to stand it, I said "Ack I'm humiliated but you look so familiar!" and that's when she told me what TV show she was on... (I'm guessing that's an actors version of the "where do you get your protein?" question vegans get asked).

Bellamy lives in LA but happened to be in San Diego with her mom -- so I guess that still counts! Also cool: Bryan told me Bellamy has been vegan since 1988.

Later evening I went to the Sipz Fusion Cafe, where I couldn't resist ordering the Caterpillar Roll. It's filled with teriyaki flavored shiitake mushrooms, yams, and cucumbers! Yum!! 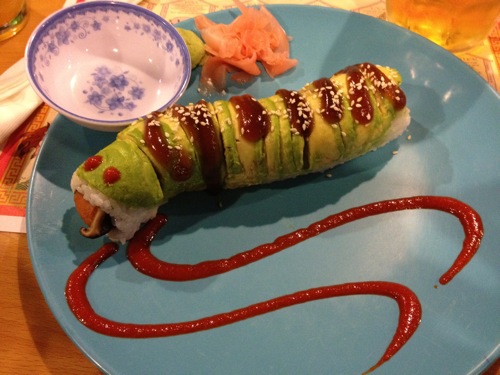