A Night in San Diego

I left Los Angeles around 3pm to take the train to San Diego. Waiting for the train made me feel like I was back in Europe for a moment... ahh nostalgia. 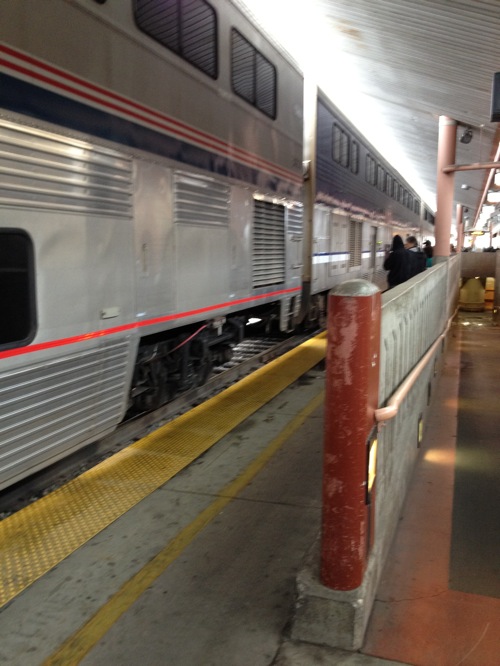 Supervegan told me via Twitter, Amtrak carried vegan burgers but sadly, my train didn't have any. They were also out of hummus (boo!) but the ride was smooth and Amtrak has outlets and free wifi! Score! I really do like taking trains.

Once I arrived, I was greeted by Bryan Pease who is running for City Counsel. (If elected he will be the only vegan member on City Counsel). Bryan's family also owns Terri in New York, which was one of Scott's favorite NYC vegan eateries when we lived there.

Since Bryan is running for office, there are a lot of events he must attend as part of his campaign. He didn't have enough time to drop me off at his home before he had to be at a labor counsel dinner, so I had to go along for the ride. 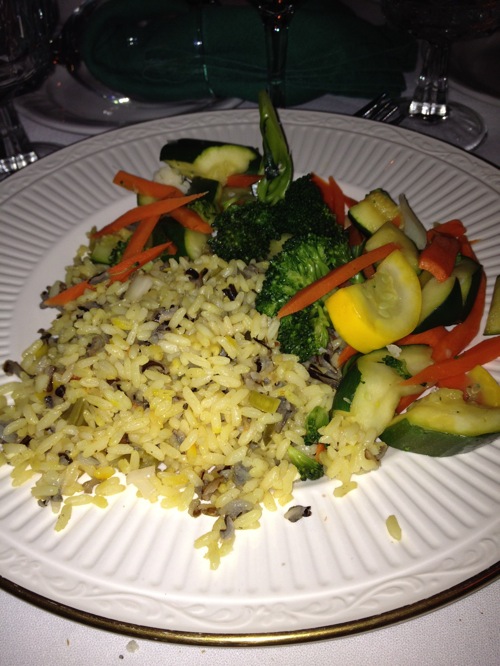 The event offered a vegetarian dish, but Bryan asked kindly if they'd accommodate a vegan dish for us and we were presented with a plate of steamed vegetables and brown rice. A little bland perhaps but healthy and appreciated. 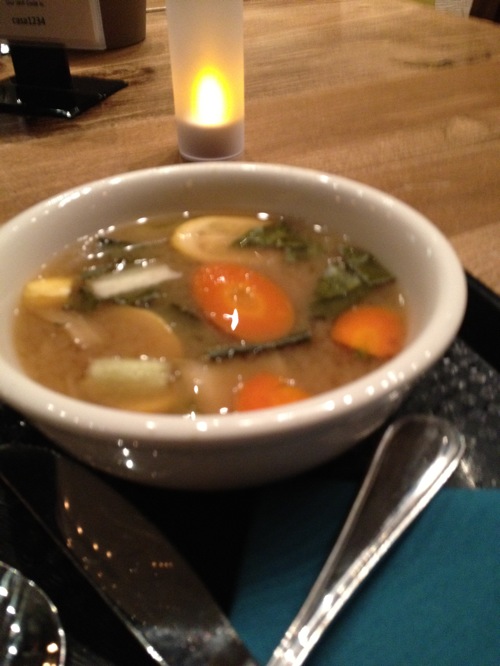 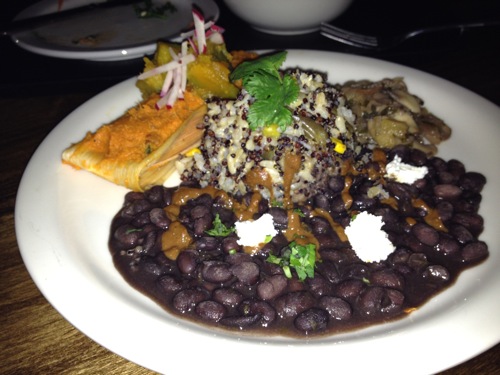 Afterward we went to Casa de Luz for a more substantial dinner. I'd recently been to Casa de Luz in Austin and learned that the San Diego location was owned and operated by son of the man operating the Austin location. We actually had dinner with the owner (the son) which was quite a treat for me.

The restaurant is beautiful and the food was delicious. My favorite was the massaged kale salad. They are 100% organic which is impressive. Most organic restaurants are "mostly" organic saying they buy organic whenever possible, but Casa de Luz is totally organic. They're also gluten-free and macrobiotic. 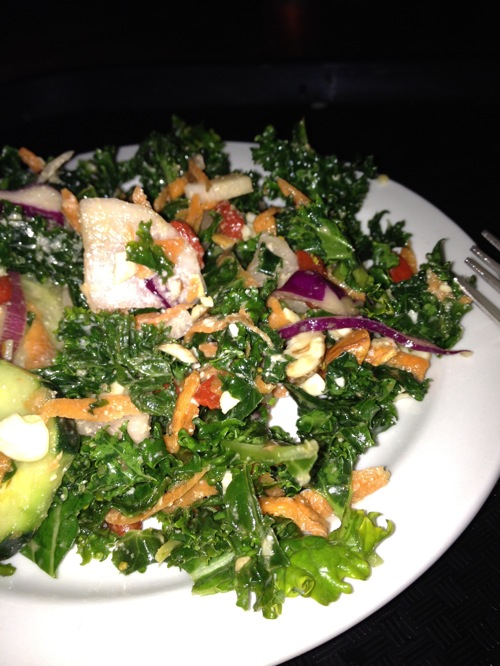 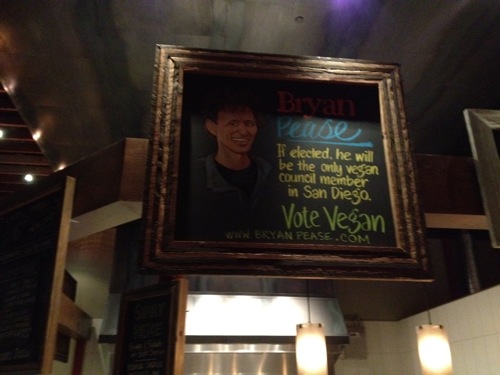 While there, I also met a chalk artist. I was so fascinated. I must have asked him a 100 questions about chalk and his line of work. I then asked if he would do an elaborate chalk drawing of Herbie on my wall and he said he would! woot!

Although it was St. Patrick's Day, I missed out on the festivities -- all the traveling is starting to wear me down a bit, but I'm at my last stop and will be home soon. Come back this afternoon to see pictures from my demonstration at Evolution Fast Food.