Herbie of the Week : Pragati

Last week we met Jennifer, who has more energy and lost 50lbs after going plant-based. This week we meet Pragati, our first international Herbie of the Week! 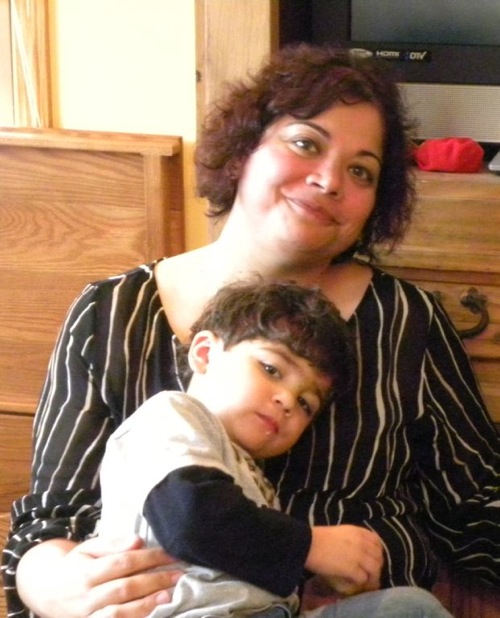 HH: What brought you to the United States?

I moved to US in the early part of 2000 for a post-doctoral fellowship at the Univ. Texas at Austin. I'd just finished graduate school in India and at the time, the US was the place to be for folks who wanted to make a career in Science.

HH:  What was your diet like growing up in India?

Growing up we ate a lot of lentils, beans, rice, whole wheat bread (roti), and every meal involved at least one of two vegetables. We ate eggs occasionally and milk and yogurt on a daily basis. During my childhood I remember Saturday nights were "special" because we would have curried goat-meat or chicken along with the usual fare. Occasionally, my uncle would cook fish.

HH: How did your diet change when you moved to the US?

I started eating meat every day, at every meal, sometimes 3 times a day. Also, most often my meals didn't include any vegetables at all, unless I was eating a salad for lunch which was smothered with more meat.

HH: Was it a big shock for you to see how much more meat people ate here than India?

It wasn't a shock that folks in the US ate meat at every meal, because that was a luxury during my childhood and in some ways it was exciting - and believe it or not, there was a sense of achievement. I could afford to eat meat with every meal.

What was surprising was the amount of meat that Americans ate. To this day, the sight of a giant chicken breast (or a giant slab of beef) on a dinner plate turns me off. I could never come to terms with that. In India, we ate meat as an accompaniment to the rest of the meal. The meat was NOT the main course.

HH: Did you notice any changes - positive or negative - when you adopted a Western diet?

I've steadily gained weight since I moved to the US. While I was never really slim in my life, I was in reasonable shape. I've always been weight-conscious and have, at various times, tried all kinds of diets. South Beach, Atkins, Slim fast, Weight watchers etc. I had a personal trainer for all of 2005 and was working out 5-6 days a week. But the weight would never really come off and what little did come off, didn't stay off. 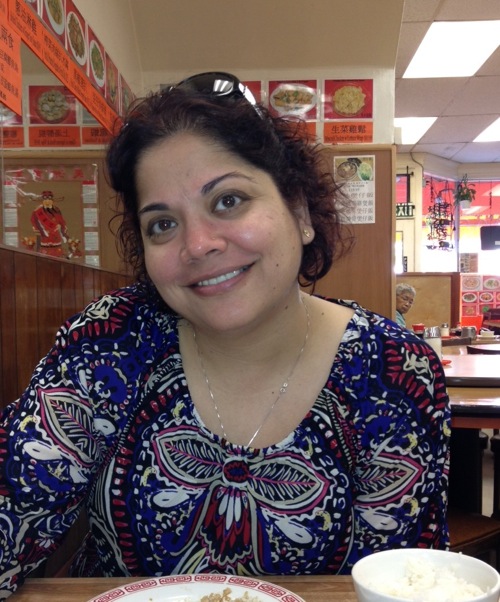 HH: What brought you to a plant-based (vegan) diet?

I was introduced to Dr. Campbell's China Study in 2007 by my endocrinologist Dr. David Shewmon of Cleveland Clinic, Wooster (I've got hypothyroidism,and am stably supplemented, but haven't shown weight loss in years). Dr. Shewmon converted to veganism after listening to a talk by Dr. Campbell and is a big proponent of a plant-based diet. Being a scientist myself, I valued the peer-reviewed literature Dr. Campbell presented.

I didn't quite buy into the non-dairy aspect and instead - went ovo-lacto vegetarian for a whole year. I didn't lose much weight but I felt healthier than I had in a long time. Then in October 2008, I found out I was pregnant with my son. Everyone (my mom, my mother in law, my husband, my friends, and even my doctor) told me I needed to eat meat to ensure that my baby was healthy. The irony of all this is that I'm a developmental and reproductive toxicologist. I know what can harm or help a developing fetus. But I went back to eating meat. I gained 30 lbs during my pregnancy. I lost all of it when my son was first born but soon after the lactation period was over, the pounds started slowly creeping up.

HH: What made you finally switch to a plant-based (vegan) diet?

My turning point was this past holiday season. I weighed myself and noted that I was close to 45 lbs over my ideal weight. I decided to go back to being a vegetarian again. During the last week of the year, I read the Happy Herbivore Cookbook, Everyday Happy Herbivore, Skinny Bitch, Eat to Live and re-read The China Study - and decided I was going to give up meat as well as dairy this time.

HH: Have you experienced any benefits? What motivates you to stick with this new lifestyle?

What motivates me - 8 lbs in 21 days. I don't think I dropped pounds that fast even when I was working out with a personal trainer. I feel lighter, less sluggish and have more energy. I don't feel bloated after meals and the best part - I don't have to control how much I eat. I'm not counting calories. I'm eating fresh fruits and salads and vegetables until I'm full, and I've still lost weight. I'm hoping the weight loss continues and I cross my fingers each time I weigh myself :)

HH: Is your husband supportive?

My husband is very supportive of my new diet. but I think he is also somewhat skeptical and thinks this is just a "phase" for me. He is very excited for me and the weight loss I've noted and he has tried some of the new veggies I've tried. He loved Edamame. He has gotten to eating more veggies with his meals but loves his meat and potatoes. He also has 2 teenage boys - and all 3 of them love eating meat so it'll be a long road, but I'll keep trying to get him to at least try my vegan preparations. Our 2, almost 3-year old, is like me - he loves veggies and eats meat when it is adequately disguised. He is big on milk and cheese. I'm hoping to make his diet largely vegetarian.

I'm grateful for the vegan community I've found via Happy Herbivore and I'm so glad Lindsay is so approachable and open to questions via email, and/or via facebook (thank you for that!). This is a new beginning for me. I'm hoping for continued support from my friends and family,and the community I've found in HH. Thanks for that! Yayy!

You're welcome and thank you so much Pragati!