I crashed a Cooking Channel Party.

After our first day at SXSW, Scott & I were walking around downtown Austin, looking for a place to grab a bite to eat.

Of course, since Scott & I are always terrific at bringing bad weather with us wherever we go, it started to rain (no, it poured!) so we dipped into what looked like a little bread factory to get out of the rain. 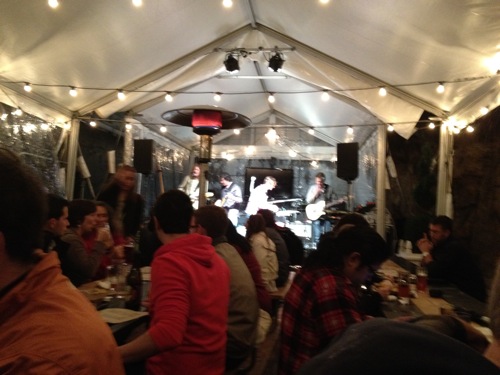 As we were standing there, we noticed it was more than a bread factory: there was a restaurant and bar downstairs UNDER the baking space, but there was a line of people on the stairs and people with radios, so we quickly realized it was a private party and got on our phones looking to where we could go.

The group on the stairs cleared and a man with a clipboard came over asking what our name was. I said "oh sorry, we're not on the list" and the guy joked "ahh just came in to get out of the rain?" That's when Scott narrowed in on his shirt and said, "Is this a Cooking Channel event?"

The guy nodded it was and Scott says, "Well we're not on the list, but she's the Happy Herbivore. Don't you want a bestselling vegan cookbook author at your party?" and they totallylet us in!! 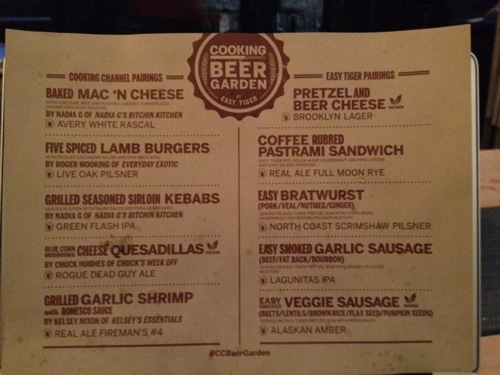 The event actually had a lot of vegetarian options, and even a vegan option that was really good and not oily or fried. I was impressed.

Then while hanging out with other party go-ers, a woman recognized me! I felt so cool! 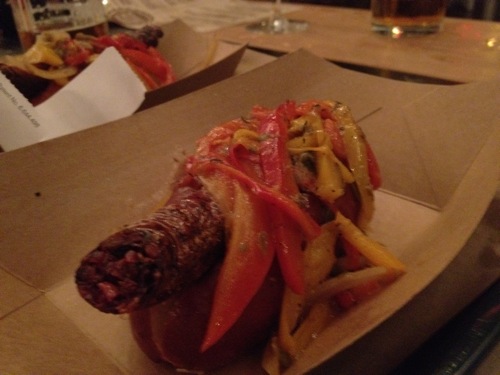 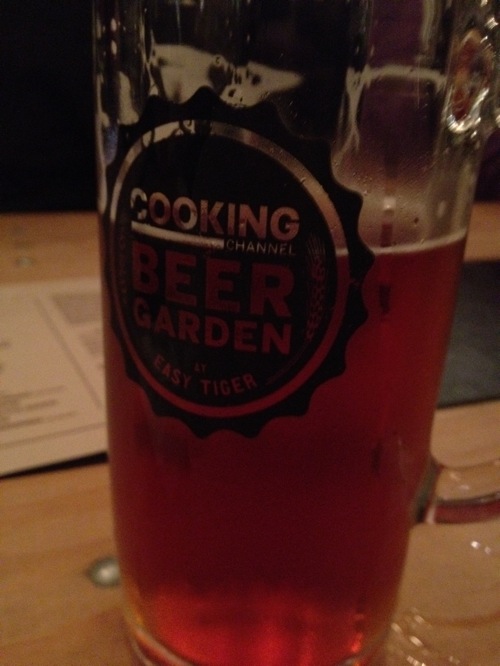