It's been about a month since my parents switched to a plant-based diet, and they couldn't be enjoying it more! While they were nervous at first, they have been able to stay on track with very little bumps in the road. They seem to be used to a plant-based diet now, and cooking more. Together! I don't really remember my Dad cooking much growing up, my Mom was the one who did all  the cooking.

In the last few weeks, my parents have gotten adventurous and started making dishes from both cookbooks, Happy Herbivore Cookbook and Everyday Happy Herbivore for all their meals. Previously, they would make a few meals a week from one of the cookbooks, but now it's every meal. This week my Mom wanted to share her opinions on the meals they made together. 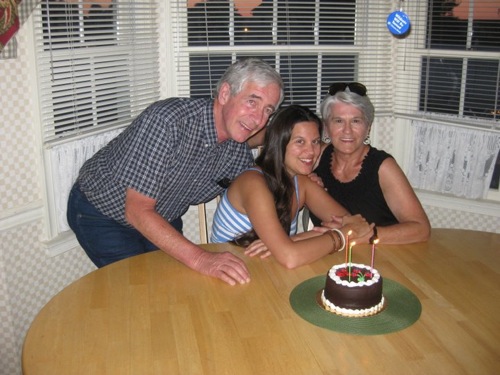 After cooking almost four weeks now plant-based, we are finding that many of Lindsay's recipes taste even better the next day. And we are happy to say we are not only enjoying the food and having fun cooking together, we feel good too! As Papa Shay said before - any negative comments have to do with our taste buds and not Lindsay's talents and/or efforts. 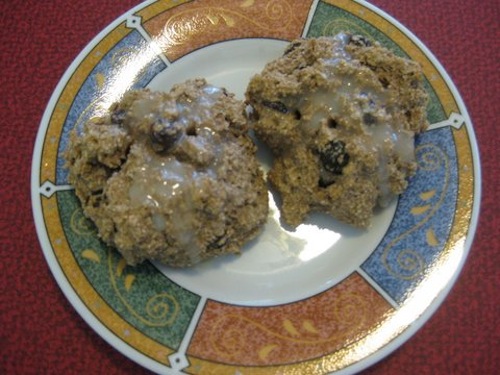 Cinnamon Raisin Biscuits with an Almond Glaze(pgs. 58 & 62, EHH)"What a nice smell to wake up with on a Sunday morning, with your husband making these biscuits with the almond glaze.  Then come to find out he used stone-ground whole wheat flour instead of whole wheat pastry flour which made them a bit grainy.  We will try them again (with the right flour) because we enjoyed them so much." 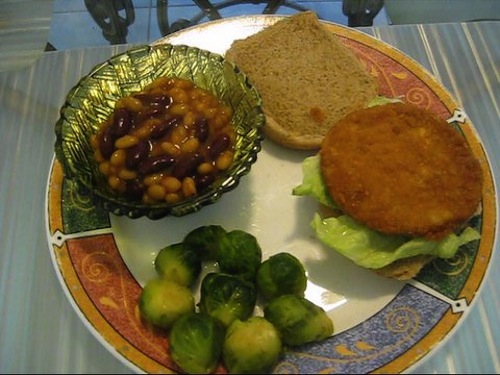 Baked Beans (pg. 199, HHC) "We tried Lindsay's Baked Beans and could not believe how much they taste like the beans we used to eat. We did tweak the recipe by adding a tbsp of BBQ sauce, some leftover kidney beans, and Lindsay's Bacon Bits. Yum!"

Note - the Bacon Bits are on pg 137 of HHC, and brussel sprouts are one of my mom's favorite vegetables, so there will probably be many pictures including them 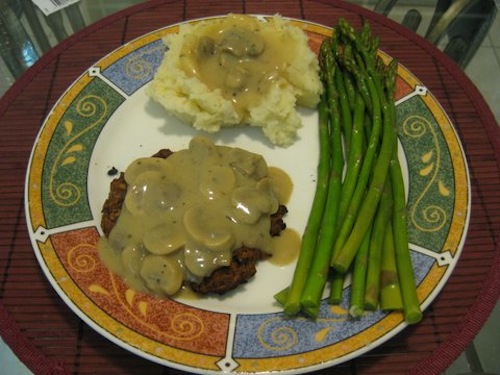 Mushroom Burgers(pg. 89, HHC) and Everyday Mushroom Gravy (pg., 289, EHH) "I want to start off by saying I have been trying to duplicate my mother's gravies for years. Then I make my daughters mushroom gravy and it turns out amazing! Plus we learned it tastes even better the next day. We put the mushroom gravy over the mushroom burgers, it was a double whammy! The burgers were seasoned to perfection with the BBQ sauce enhancing the flavor." 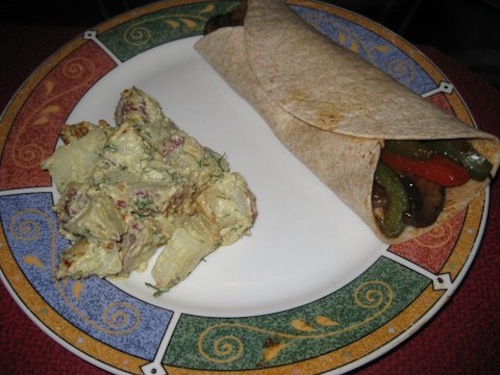 Potato Salad with Steak and Pepper Fajitas (pg. 189 & 103, HHC) "A couple summers ago, we had Lindsay's Potato Salad for the first time. She had brought it to our family union and everyone raved about it. We made it the other night and it turned out just as I remembered, full of flavor and not missing the eggs.  Along with the potato salad we made Steak and Pepper Fajitas which are one of our favorite recipes."