Herbie of the Week: Jason

Prepare to have your mind blown with this week's Herbie of the Week. Jason did a total 180 -- switching Atkins to Vegan after watching Forks Over Knives and losing 77lbs! But I don't want to give too much away in the first sentence... 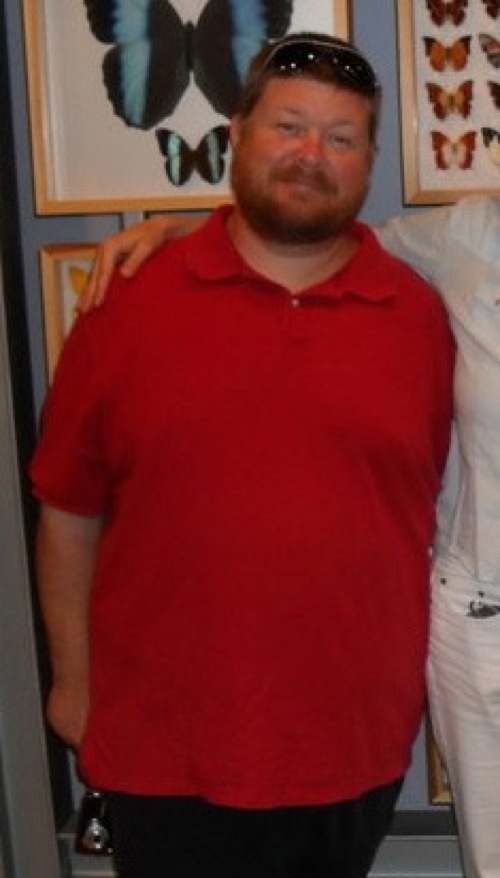 HH: As a self-declared "carnivore" what motivated you to watch Forks Over Knives in the first place?

My wife and I have always been documentary lovers. Food Inc., Supersize Me, King Corn and many others have made us aware of many sad realities in our nation's food industry and how money, politics and power effect what we are taught about food. We were not completely blind to the issues before, but these documentaries brought a lot into focus. Forks Over Knives was just another film we watched as a continuation of self-education about the food industry.

Additionally, in the days before watching the film, I had experienced terrifying chest pain after physical exertion on a couple of occasions. Doctor visits showed that it was not a heart attack, but we discovered I had high blood pressure and elevated cholesterol levels. And this was after losing 50lbs. I felt like I should be getting more healthy, not less.

Shannon, my wife, was terrified about losing me and I had no desire to go. I cherish my time here. This is the frame of mind I was in when we hit play on Netflix.

HH: What went through your mind as you were watching the film?

How crazy and impossible this kind of lifestyle seemed. I had actual tears from fear of sudden death AND from the fear that I might have to do something as drastic as giving up meat and dairy.

I also thought about my relatives on one side of the family who had died from cancer and those on the other side with heart and blood pressure problems. I remembered my own visits to the hospital... I was scared. I realized time was running out, procrastination could be fatal.

HH: How did you make the change... from Atkins to Plant-Based?

I think the 180 degree turn that I made was the best "rip the band-aid off" solution for me, but it also meant that all of the major changes happened at the same time.

HH: What kind of changes did you experience, beyond what was on your plate, that is!

Weight fell off, blood pressure dropped and I could exercise without fear of chest pain; I didn't have that scary chest pain anymore.

The first change I noticed was the drastic reduction in the amount of garbage my family of 5 was putting on the curb! 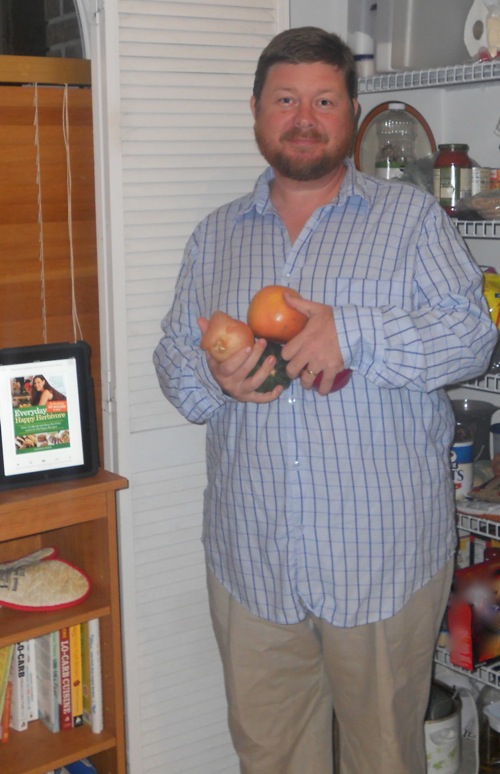 Throughout the day, I eat whatever whole food I want. If it is only 1 step from the ground, it's on the menu. Fruits, nuts, vegetables. I don't eat three meals a day--I graze all day long. I also drink a lot of water.

At dinner, Shannon does wonderful things with The Happy Herbivore Cookbook and other swapped recipes with online friends.

HH: Do you feel your diet is more limited or more abundant now?

We have been experiencing soups, and wraps, and hummus, and baked squash and a million other things I never would have wasted my time with before. It is like going on vacation to a foreign country and getting to try new and exotic foods all the time.

HH: What do you now think about the Atkins diet?

I have met too many happy, successful, thin people that can thank low carb, animal rich diets to be negative toward the lifestyle for everyone. However, I do desperately wish that I had given up Atkins years ago and made this change then. I feel like I wasted time damaging myself, but the FOK documentary filled me with hope because of the talk of repair and recovery. I like that I can heal myself with food.

From a global perspective, I think Atkins is an abomination--I used so much of Earth's energy up (I'm not nearly as Hippie as that sounds) JUST so I could easily lose all of the store up fat/energy on my body. The animals and dairy came at a huge environmental cost and now I feel like a mooch for taking advantage of what seemed like an easy way out.

I did a life count recently and it was sickening in retrospect. Not even counting the cows involved in dairy production, or the number of different animals found in a single sausage, I still averages three lives a day, each day on Atkins. 1,000 animals a year is a severely low balled number and that still sickens me.

I've never been an animal rights activist because I was so adept at turning off my brain to what was happening behind the scenes. Its easy to eat meat when you think magic wizards make it out of thin air and zap it into the grocery store. In the last 48 days I had tiny bites of turkey and tuna and have some guilt associated with it. 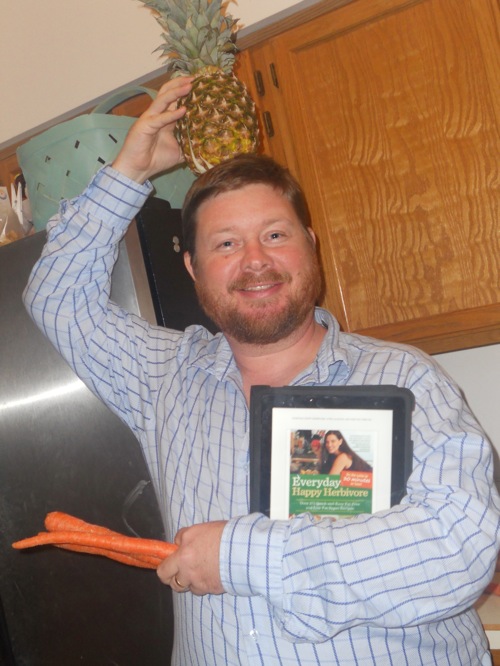 HH: Any advice for people motivated to make a plant-based change?

First- watch FOK then open up the documentary section on Netflix and go to town on food and health videos. You can make yourself virtually heart attack proof (Engine 2) and cancer proof (The China Study). If a healthy, long life isn't enough, throw in saving the Earth in 100 different ways, saving money out the wazoo, experiencing food all over again and making jobs for hundreds of millions globally.

There is no person on Earth that can make you live a plant-based lifestyle -- except YOU. Embrace the lifestyle first and you will plow through the initial rough patches and spend the rest of your life getting healthier.

HH: Thanks Jason! You are such an inspiration -- be sure to check out his blog, too!