Let's go behind the scenes, shall we?

For HTLA, I had a lot of cooking to do! First up HH's Baked Onion Rings (from The Happy Herbivore Cookbook). 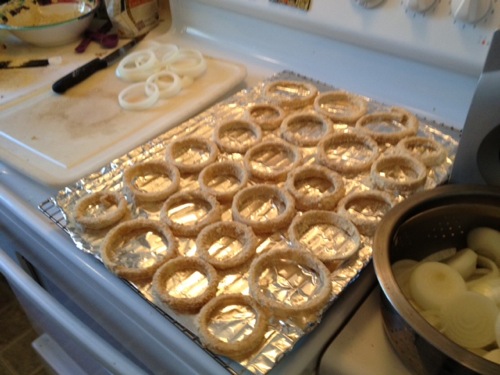 Just before they go in the oven! 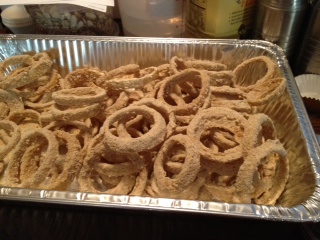 200+ onion rings for dinner! Seriously--don't they look like the unhealthy kind? They're baked (totally fat-free) and made with wholesome ingredients! They were a huge hit. I was very proud.

Next was baking---a lot of baking--- almost 600 muffins and cupcakes! 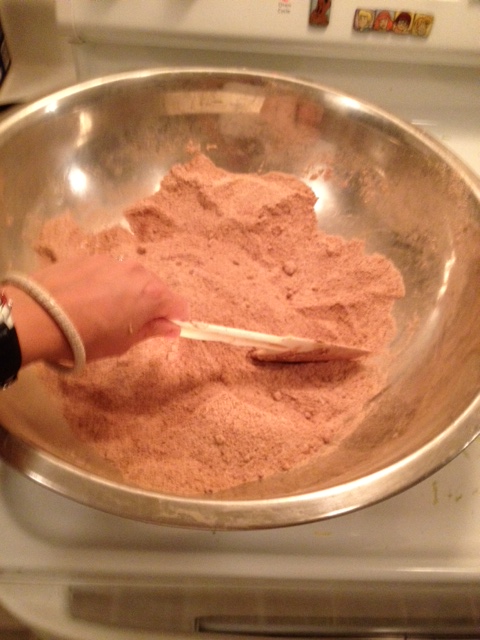 Chef AJ's oven could handle 4 muffin trays at a time, so I was quadrupling my standard recipe -- never in my life have I cooked on such a grand scale! Just look at that commercial mixing bowl---wowza! 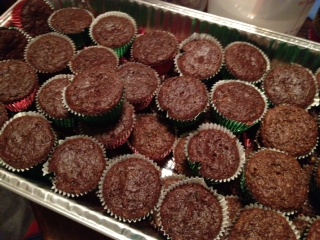 These are HH's Chocolate Zucchini Muffins

I also made HH's Carrot Cake Cupcakes and the No-Bake Cookies from The Happy Herbivore Cookbook!

But all that baking was worth it -- the grand finale at HTLA (my goodies!)

and here I am on stage with some of the other chefs -- it was a paparazzi moment for sure -- we all just stood there with hundreds of cameras flashing. I just kept thinking "I hope I don't fall off these steps!"

Now that you've seen my food.... here are some other LA eats:

Chef AJ made me her "Easy Being Green" smoothie from her fabulous book Unprocessed. It's so delicious (and filling!). She made me one every morning I was in Los Angeles! We got only a few hours of sleep each night... I'm convinced the smoothies allowed me to function! 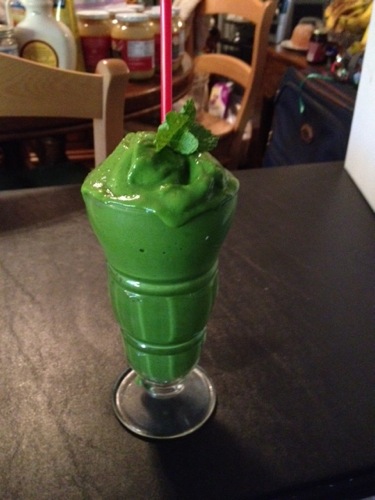 and she surprised Dr. Campbell, his lovely wife Karen & I with these cupcakes at the airport. Dr. Campbell is so cute---he ate his in the car. I love a man who loves his chocolate. lol! 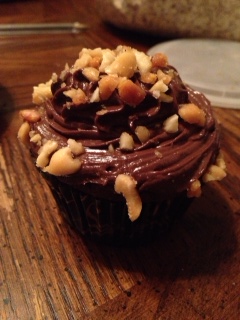 and now for the good stuff!

So what did Dr. Campbell and I blab about for hours?Writing books! He's writing his second book -- and I don't want to give too much away but let me tell you -- it is going to be AWESOME and blow your mind. I all but begged him to let me read the manuscript!He also told me he's working on a new study---and I think this study is going to have an even bigger impact than The China Study. He's so passionate, so inspiring! He is changing the world!! 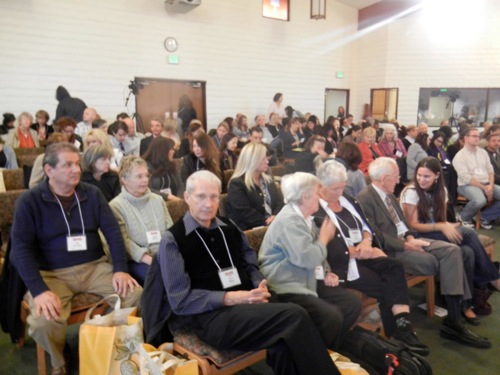 Let's see...what else? Oh! His favorite foods are simple foods like potatoes and kale. (He actually gave me that example!!)... and the man still runs 3 to 4 miles several days a week -- a testament to the power of eating plants! 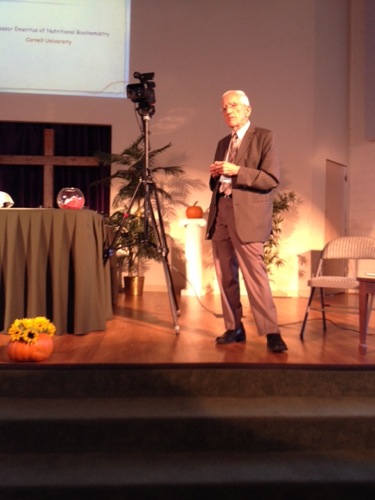 If you've never had the chance to see him in person, you must MUST do it! His presentations and talks are always fascinating and stimulating -- he's so smart, and most importantly, so genuine and humble. I can aspire to be that polished! 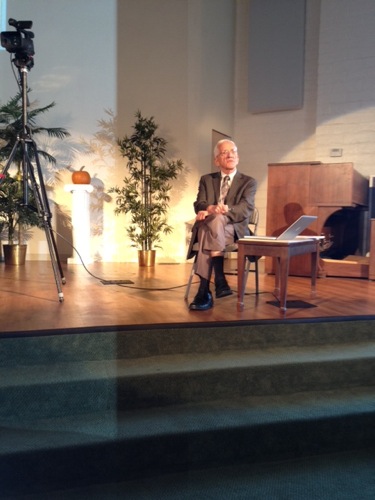