I'm home in NYC, albeit for a very short time (I arrived late Tuesday night and leave early tomorrow morning).

Yesterday was monopolized with running errands -- like getting a cell phone. I can't believe I went an entire year without a cell phone. Part of me, the minimalist, didn't want to get one but another part of me couldn't resist. 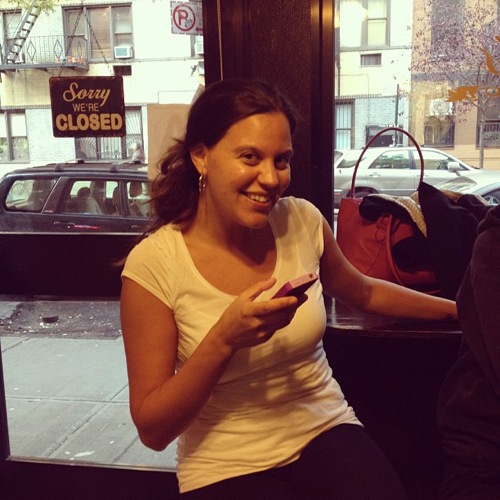 I joked and said "I've returned to the land of the living!"

After my errands were done, I was able to meet up with some of my friends, Andrea and Haley. We went to Lula's because I was in need of some vegan ice  cream and as soon as I saw "pumpkin" was an option, I went for it. For weeks (weeks!) this idea to make pumpkin ice cream has been rattling around in my head -- and I figured it would be epically awesome or an epic failure... and now having had this ice cream; I'm going to try my hand at the recipe in my brain. 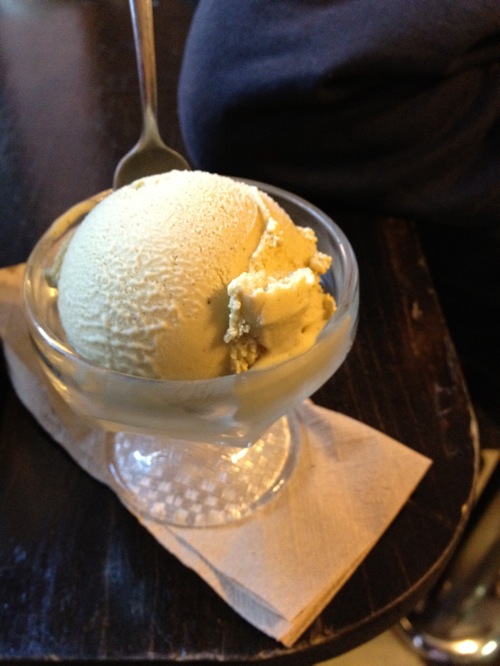 One of the things I love about NYC is although it is a large and bustling place -- it often feels like a small town. For example (and totally unplanned) we bumped into my friend Barbara at Lulas.

Then walking from Lula's to go meet another friend. Genevieve (who you might remember from her guest minimalist post on tiny apartment living and cooking without a kitchen) I bumped into JL and got to meet her hubby. It was so amazing! I didn't think I'd really get to see many friends on such a short trip and yet I ended up seeing so many!

Today I'm meeting with my publisher and then Scott & I have to deal with moving stuff (more on that another time) and then tomorrow I'm bound for LA. I'm demonstrating at Healthy Taste of LA 2 -- and be jealous, I'm getting to have dinner with T. Colin Campbell.

I just hope I don't geek out on him too much. Quoting my friend Natala, "Dr. Campbell is my Bieber."