What Vegan Means: A Compass

Hi Herbies :] Today's 'What Vegan Means' post comes from our friend Don, a PETA web designer based in Little Rock, Arkansas. You can find him tweeting his life away (follow him, he makes me laugh!) at twitter.com/donaldG and occasionally writing about food or other issues at dongaines.com. 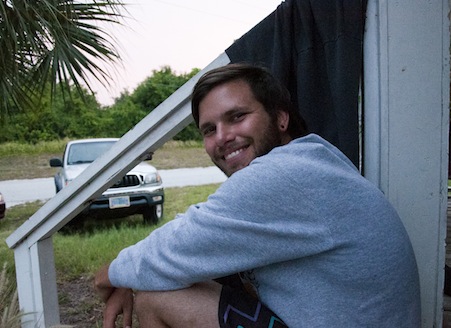 It's difficult to tackle this subject in such a concise manner. My initial thought is I should probably just write a dissertation and withdraw an excerpt for this post, but alas, there's no time for that! There isn't a very easy, concise way to sum this up but I'll try to do it with a little more than just saying, "I'm trying to suck less" or "I'm doing the least amount of harm possible."

For me the journey began about five or six years ago. I became vegetarian after talking with a converted friend and 4 years later felt like a hypocrite for still consuming dairy and eggs so I went all in. My journey has always been motivated by the ethical/moral side of things and not for health, though recently I've become more interested in that aspect. The conversion from vegetarianism to veganism was fueled by Jonathan Safran Foer's book Eating Animals.

If you haven't read it, please do. I'm not a big reader but I devoured the book in less than a week. Foer writes from the perspective of our food telling a story. When we sit down to eat we tell a story, when we purchase things we tell a story. The story we choose to tell is incredibly important and impacts our entire world.

My veganism isn't intended to be one of selfishness (although you could get psychoanalytical and say that I'm being selfish by making myself feel better by not contributing to so many ongoing problems). Veganism to me is more about my environment: the people, the animals, the land, the water, the atmosphere. I strive my hardest to impact my environment in the least negative way. For me, this isn't simply about a diet, it's a way of life, a sort of spiritual thing. Veganism is often a compass for my decision making.The lifestyle forces me to consider all parts of the equation and not just what benefits me the most. I've centered my career and life around the vegan mindset and don't plan on changing.

Being vegan means I don't eat meat, dairy, honey or any other animal product you can dream up. However, like I said, it's not just about this diet. Being vegan also means I'm not supportive of capital punishment, war, unfair wages, sexism, racism, or any situation that chooses to exploit. Surely this isn't the same for everyone, but this is what a vegan life means to me.