We didn't plan to land in Venice on my birthday.. but its not exactly a bad place to celebrate, 'eh?

Venice is beautiful --- no doubt about that! but it's more jam packed than Times Square in July, or New Years. You can't move it's so congested with people (and yes, the canals are a bit stinky, too). I thought Venice was pretty, but would have preferred it with a little more breathing room. There were just so many tourists (my phrase of the day was "holy tourist!").

That said, Venice gets an A++ from me on the vegan front. Not only did we find soy yogurt (and soy ice cream!) in a grocery store by our hotel, they also had the best---most amazing bread-- I've ever had in my life and it was whole-wheat/whole-grain! 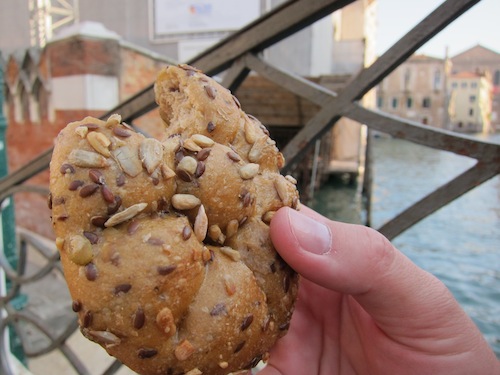 The restaurants also get a thumbs up. Almost every restaurant has a same, standard menu, but on all menus you'll find a plate of seasonal, grilled vegetables, pasta with sauce and vegetables (but no meat or cheese), a plethora of big, beautiful salads to choose from and other vegan and vegetarian options. And nothing came swimming in oil, which I was worried about. (In fact I don't think oil was on any dish...just in a bottle on the table). The cute bistro Scott & I ate dinner at also offered gluten-free pasta, which impressed me. 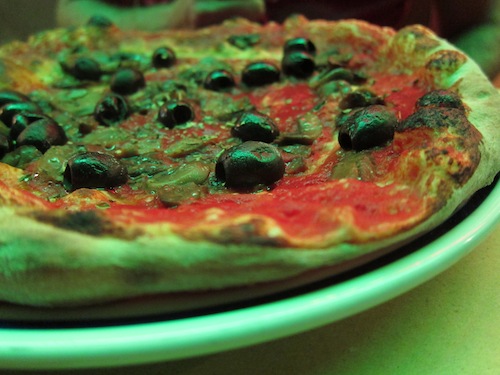 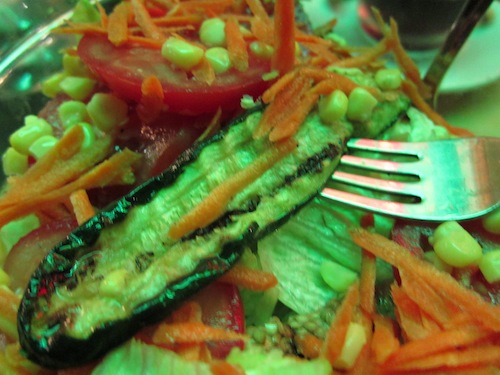 The coolest (and most exciting) eat, however, was my vegan gelato (rice based AND sugar-free). heaven! 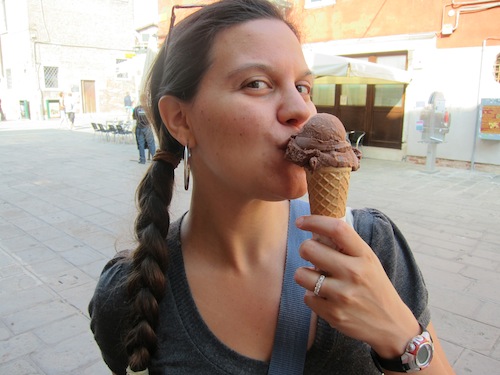 and don't start me on the fresh produce.... that you can apparently buy on a boat... 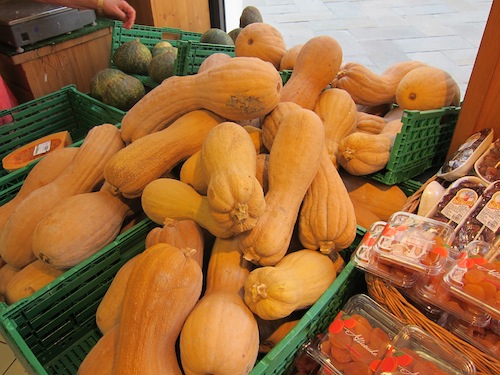 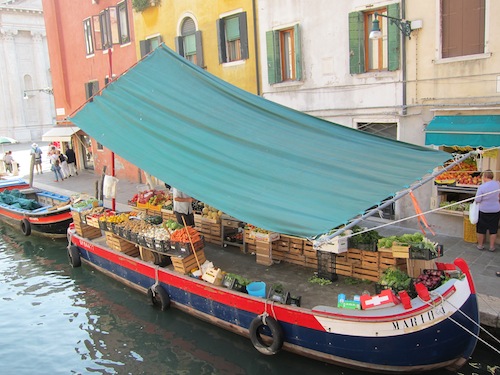