My amazingly wonderful host, Dorothee is newly vegan and took care to seek out veg-friendly restaurants all over Hamburg to take me to.

Shortly after I arrived (many hours late thanks to a train delay elsewhere in Germany!) we scurried off to an adorable cafe. The soup of the day was vegan (indicated as such on the chalkboard!) and since it was just cold enough (I'm loving the fall weather) I ordered it. 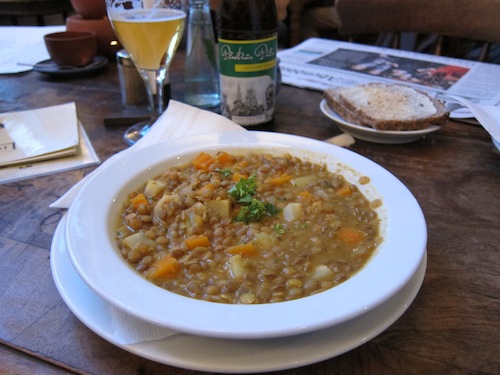 This lentil-carrot-potato soup was just lovely. It had an underlying hint of lemon and a touch of coriander. I can't wait to recreate it for my next book! 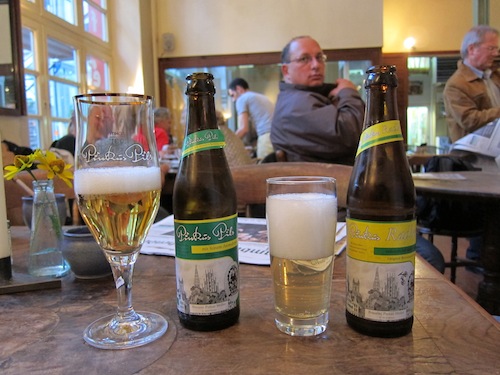 I also tried a lemonade-beer. Which sounds awful but is actually quite delicious and refreshing.

Next was my favorite meal -- vegan currywurst, which was just exceptional. I have got to figure out how to make this at home. 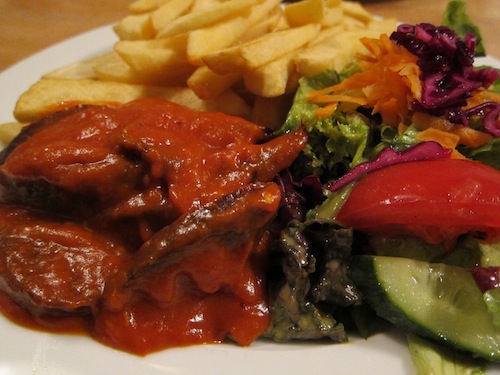 Even with my super taster tongue I couldn't pick out the flavors in this sauce. Obviously it's tomato based but there was so much complexity. I just kept saying mmm mmmm.

Funny story with this curryworst. I order it and the waiter turns to me and says "you know this is vegane, no meat no nothing?"

It took all I had not to burst out laughing abruptly... but I nodded and said "ya!"

As soon as he turned the corner, D. and I started laughing hysterically and it's a joke we'll be telling for a long, long time. Yes, we know its vegan, and without meat, that's why we wanted it!

D. and I also stumbled upon vegan pastry and an all organic grocery store. 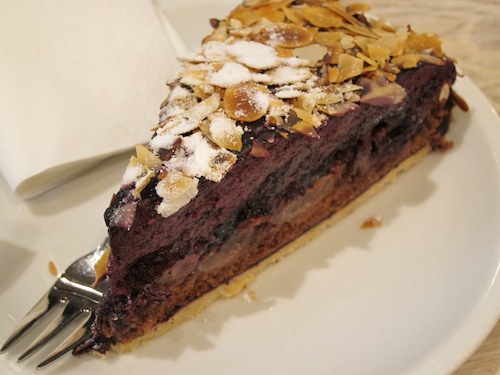 The first was blueberry based -- it was a very delicate flavoring, a blueberry tofu creme, with a layer of fresh jelly, and then a bottom layer of whole grapes, which made for an interesting texture and complex flavor. 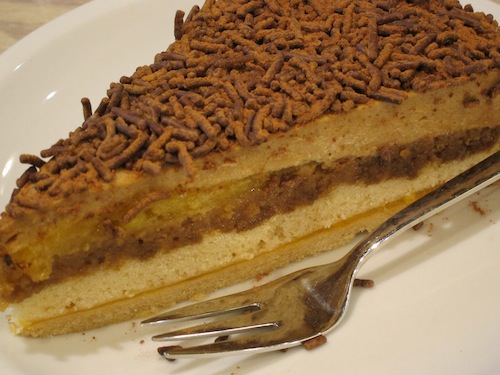 The other one -- my favorite--- was all my favorite flavors together: chocolate, cinnamon and mocha. It was pure heaven.