Minimalist Monday: Get What You Want (Anti Consumerism)

My sister is my financial advisor. If you need to squeeze quarters out of pennies, Courtney knows how to do it. By looking at her year-end account statement last year, she realized she could pay off all her student debt 6 years early by simply getting rid of cable TV for a year. She's that good.

Anyway, my sister, during one of our... shall we say, "financial sessions," shared a terrific story with me that I think sings to the heart of minimalism: that less is more. 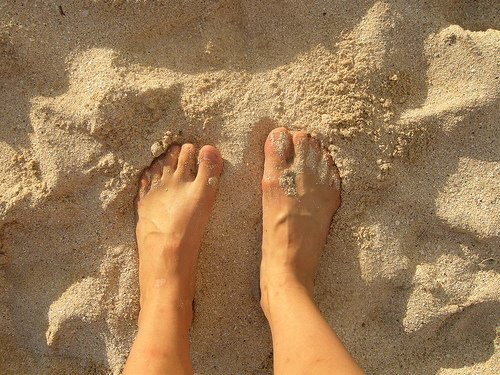 An American tourist marvels at the fish a fisherman in Mexico caught. The American asks how long it took and the Mexican says "not very long." The American then asks why he didn't stay longer to catch more fish. The Mexican explains that what he caught was sufficient to support his family. So then the American asked, "But what do you do with the rest of your time?" The Mexican said he slept late, played with his kids, took a siesta with his wife and in the evenings, goes into the village to see his friends, have a few drinks, play the guitar and sing songs..."

I've talked about the negativity of consumerism before -- that consumerism leads us to believe that more is better and that whatever we have isn't enough.This is a prescription for disappointment. This kind of thinking leads to unhappiness.

Courtney's story also reminded me of my post on Working to Live vs. Living to Work -- and how living abroad made me realize that Europeans don't seem have the same money-hunger that Americans do and as a result, they appear much more content with their work-life balance. It's all coming full circle for me. 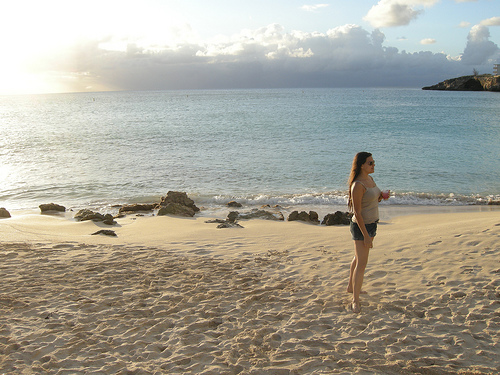 With my minimalist journeyI'm finding I need even less than I think I do.It's so easy to confuse a "want" with a "need" and often our wants parade around as needs.

My Riches consist not in the extent of my possessions but in the fewness of my wants - Joseph Brotherton. (Thx for sharing this quote with me Meridith!)