Last week I took "minimalist" to a whole new level in my kitchen by removing everything possible from the kitchen table and counter tops. I'm still loving the clean look of my kitchen; I've never felt so zen!

The lone downside to the overhaul, however, was that everything had to be shoved into my cabinets, which were already frazzled to begin with. On the upside, the chaos was out of sight, but I knew I needed to revamp that space too if I wanted a *totally* zen kitchen.

Reorganizing my pantry and cabinets took less than an hour and I felt a huge, HUGE sense of accomplishment afterward. It was definitely one of those experiences where the little time and effort required was nothing compared to the overall reward.

Not only is my kitchen totally neat and zen from the inside-out now, I also organized it in a way that saves more time in the long run. I basically arranged everything based on frequent use, so what I use the most is the closest too me, right at my fingertips.

To get a real appreciation for all the changes, take a quick peek at the photos from last week. 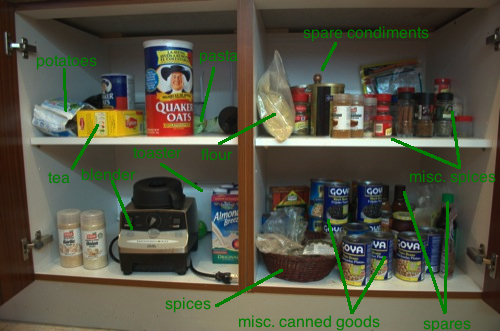 While there is some modest organization here (i.e. like items are somewhat grouped together) there is no "system" -- things fall where they may in their designated area which means I was often hunting around for the lone can of chickpeas or one of my spices. 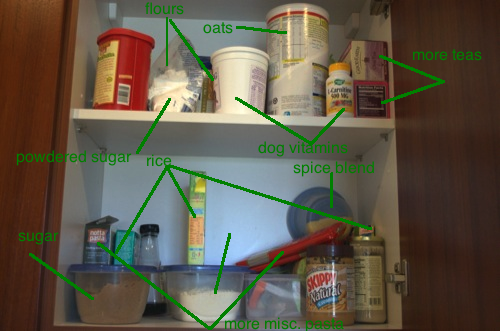 There is really no method to the madness here; items are just put where ever there might be space and worse still, many items are hidden behind other items.I "discovered" several ingredients I didn't know I had during the reorganization. You'll also notice teas, flours and oats were in the last cabinet as well. Apparently even similar items weren't always together in my kitchen. Major fail, HH.

Another reason I'm glad I reorganized: it made me see how dirty my cabinets had become (ick!) 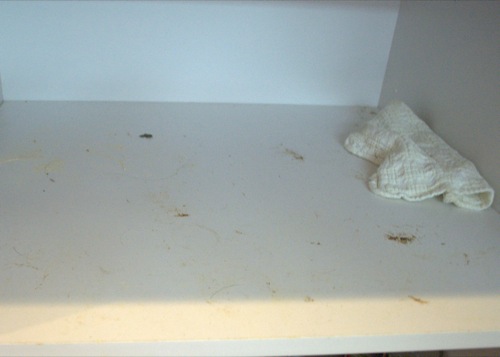 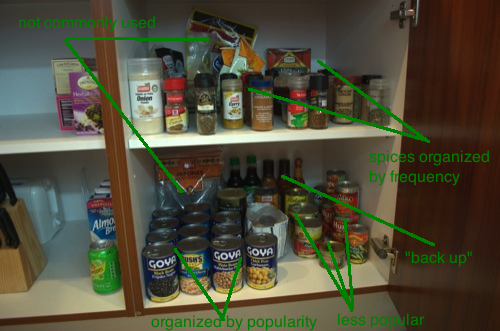 Like items are grouped together, but also in terms of frequency. I use canned beans at nearly every meal so they're up front while canned vegetables (which I don't use too often) are to the side. All of our overstocked condiments (extra soy sauce, etc) is lined up in the back. I can see our spares easily, but they are out of the way. Spices are also lined up based on their frequency and everything else that I don't use too often, like nori sheets, are lined up in the back where I see them but again, they're out of the way. 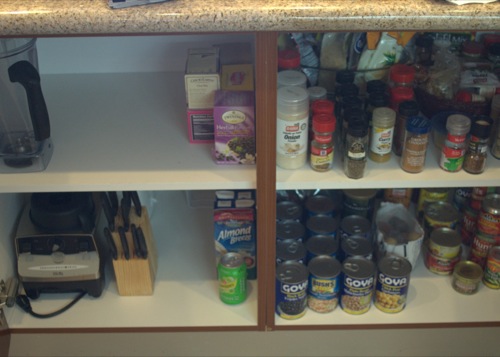 Just look at how much space is left over. I even had enough space for my knives, which I mentioned in my last post I'd wanted to store away too. 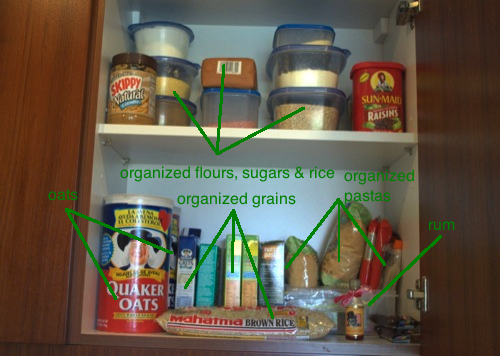 This cabinet is even more organized; I just love opening it and looking at all my neat ingredients. In comparison to the "before" picture, you can see just how many ingredients were hidden before.

I also decided while I was at it, to reorganize my kitchen drawers and pots and pans: 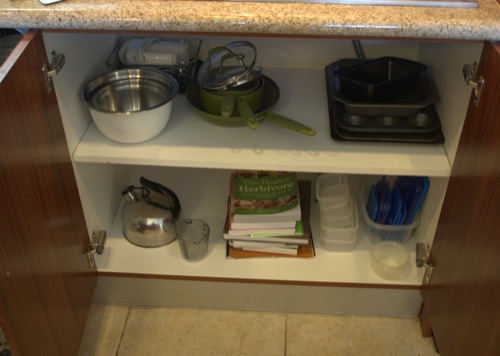 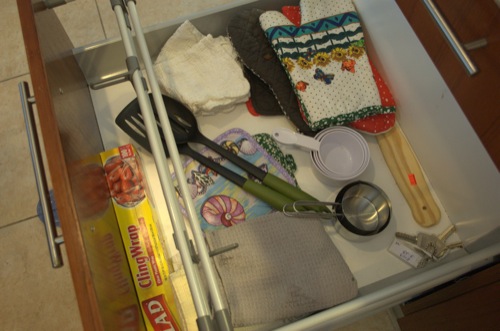 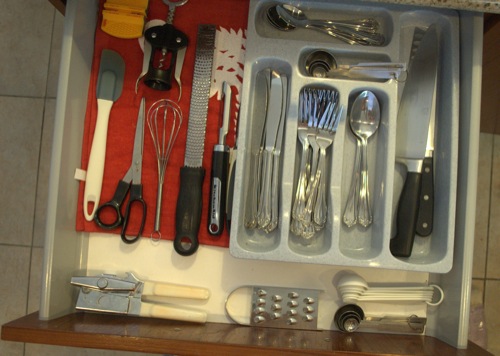 I also learned I have an affinity for cinnamon, or at least so many of them were hidden behind other things that I'd think I was out and purchased another: 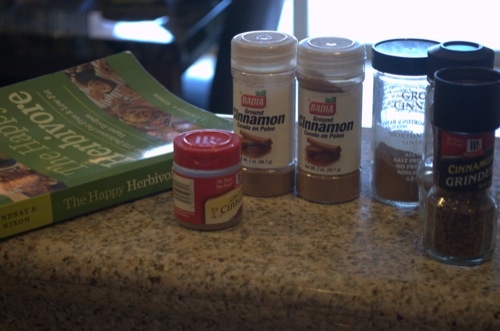 Here is a picture Scott snapped of me consolidating all of the cinnamon. I'm in my workout clothes (the "organize by frequency" idea came to be on the elliptical) and don't worry, I threw out the plastic top in my mouth. 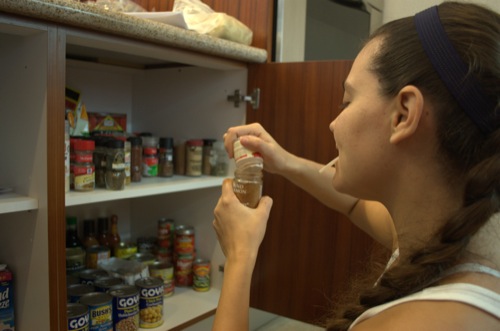 Anyone else feel a huge sense of accomplishment when they organize their spices (or entire pantry!) ?