Whistler is for Vegan Snowboarders

Last week, Scott and I took a much needed snowboarding vacation to Whistler. It took us about 28 hours of travel (each way!) to get there from St. Maarten (yeek!) 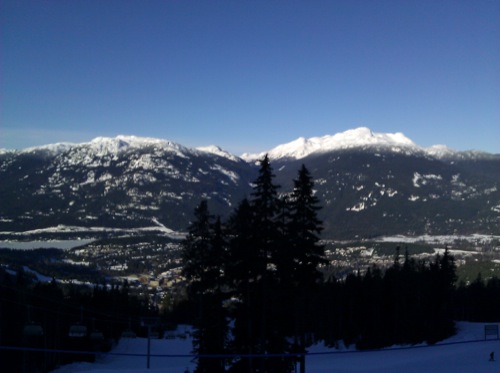 The total flight time was around 13 or 14 hours each way, which is exactly how long it takes to get to Whistler from Australia! (We know this because we met a lot of people on vacation from Australia and New Zealand and travel is a popular topic among vacationers!) Let's just say the phrase "marooned on an island" has deeper meaning for me now! 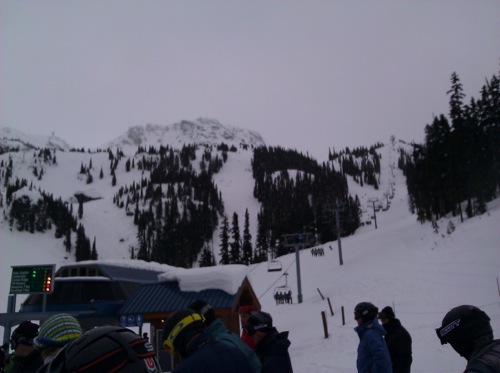 Anyway, Before we left for Whistler, I did a few google searches and checked various sites scouting the vegan food possibilities. Since it wasn't looking too good, Scott and I took care to get a hotel room that had a small kitchenette... where I developed Hotel Room Burgers, that I'll be posting about tomorrow!

Though, (and let this be a testament that the Internet is not a know-it-all), Whistler is actually quite vegan-friendly!Nearly every restaurant in the village had at least one, if not multiple, vegetarian options, many of which were easily adaptable to be vegan. (One restaurant even knocked a few dollars off our meals when we ordered it vegan-style). 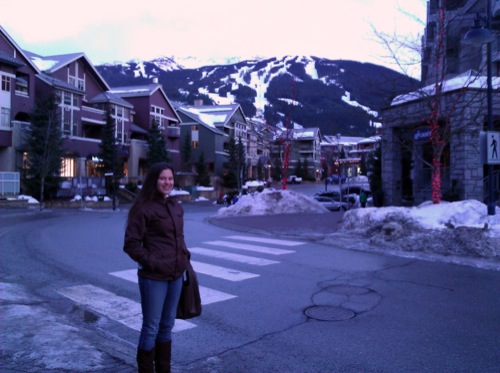 And because Scott and I are not used to people know knowing what a vegan is (living here in the Caribbean) we tend to order as follows: "Can we get the vegetarian burrito without cheese and sour cream?" Only in Whistler, the guy whipped around and said, "So basically, you want a veganburrito?" I smiled. 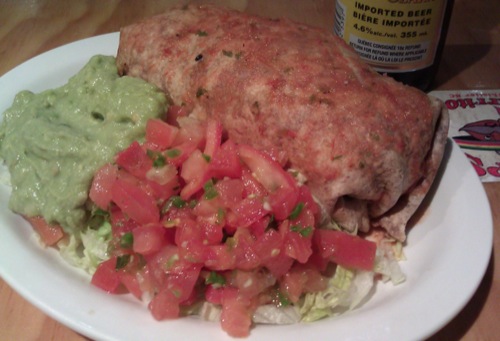 (By the way, this burrito is made with a whole wheat wrap and brown rice! <3 DUPS)

What was perhaps most surprising, however, was all the vegan -- and healthy! options that were available at all the Whistler ski lodges. Scott and I have been to a number of ski resorts in the United States where the lone vegan option was French fries (and depending on how you feel about cross-contamination, it may not even be an option).

At Whistler, however, they had all kind of vegan choices: 3-bean chili, vegetable soup, falafel wraps, vegetable wraps, cous cous and bean salads, brown rice stir-fry with veggies and tofu, and garden salads. 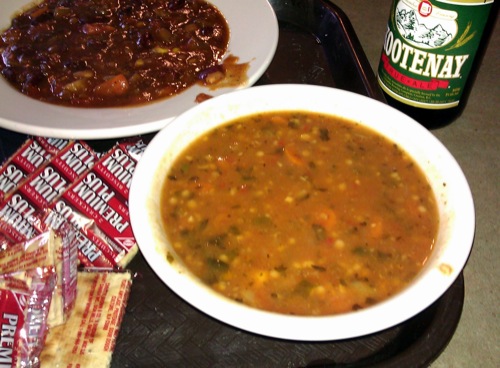 It was really nice to be able to eat out lunch every day, especially since the mountains are rather large and it can be difficult to get back to where your locker is in time for lunch. We really appreciated the ability to stop right where we were when we were hungry, knowing there was something for us to eat. 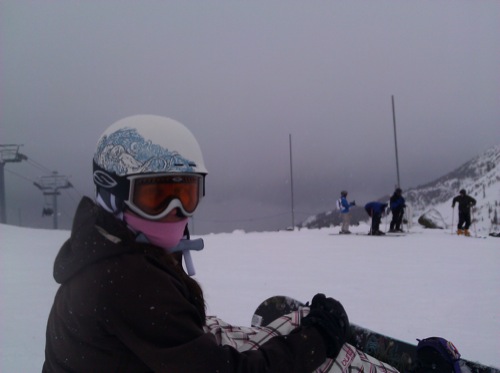 Also, a testament to how lovely and friendly Canadians are: The Whistler Vegetarian Society found me on Facebook and welcomed us with open arms. They offered to help in any way we needed during our stay, pointed out some healthy vegan places I could try (taking care to note who uses a lot of oil or no oil) and one group member even invited us to his restaurant for a meal on the house.Love! 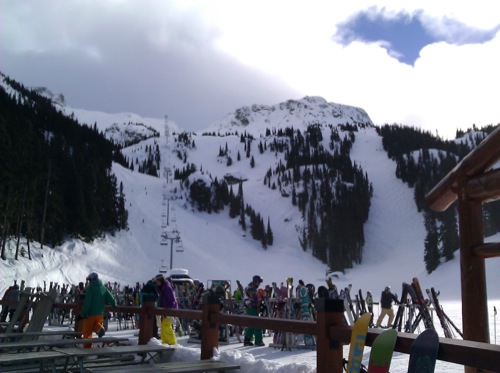