Confession: I've been holding out on this recipe. I wanted to save it for the final days to convince anyone who is still on the fence about my cookbook! LOL. 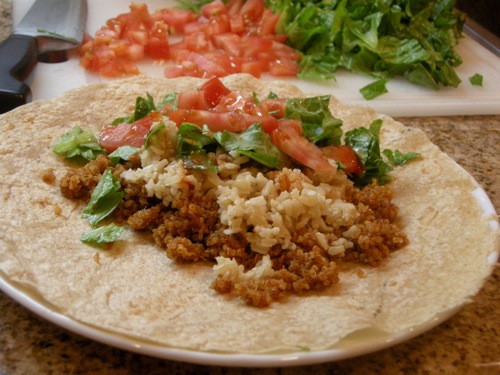 This recipe is one you'll be addicted to---not just because it's damn tasty (and goes with everything!) but because you always have all the ingredients on hand. It's one of those foods that you can lean on when your house is empty, and you're broke, but you still want something yummy and more complex than, say, a bean burrito...

It was born, strangely enough, out of tussle between Scott and I. Scott, you see, had become addicted to commercial soy "chorizo" and if I came home from the grocery store without it, he'd pout. I tried to reason with him, explaining that yes, I know its "tasty" but it was overpriced and ratherunhealthy. "Why can't you make me some, then?" he inquired.

Scott had a point---so I got busy doing some research on how to make chorizo (the meat kind--I nearly puked) and checked the ingredients for the soyrizo I'd been buying at the store, just to get a sense of what flavors make chorizo...taste like chorizo.Once I'd figured the flavorings out, I wondered what to do about the actual meat part. TVP seemed like a logical solution; but since I'd been busy poo-pooing the commercial stuff for being too processed, I knew I'd have to go a little more...whole, if I wanted to avoid mockery from Scott, that is. 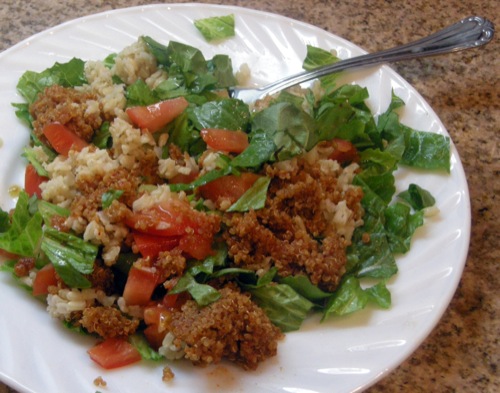 Quinoa popped into my head immediately and my gawd--what a beautiful thing (btw, you can make this recipe with TVP too---I actually prefer it that way). 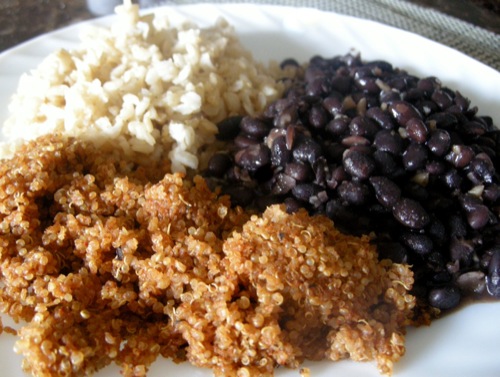 I was in love instantly--and so was Scott... I then hurried to put it up for the testers and some of them made it that very morning, within minutes, praising their well-stocked pantry. In fact, it went over so well with one of my tester's children---to the point where her youngest insisted on having it again for her birthday dinner weeks later! and then when they came to visit me in NYC, well, lets just say we had Chorizo for lunch then too. ;)

So this is---easily, one of the recipes I'm the most proud of...and one I hope you put on your "to make" list!