Last week we talked to Matt about his decision to go vegan and his uphill battle along the way (Matt was allergic to veggies and fruits!). Today we'll touch on Matt's other uphill battle: going vegan as a dude... and how his life has improved since. 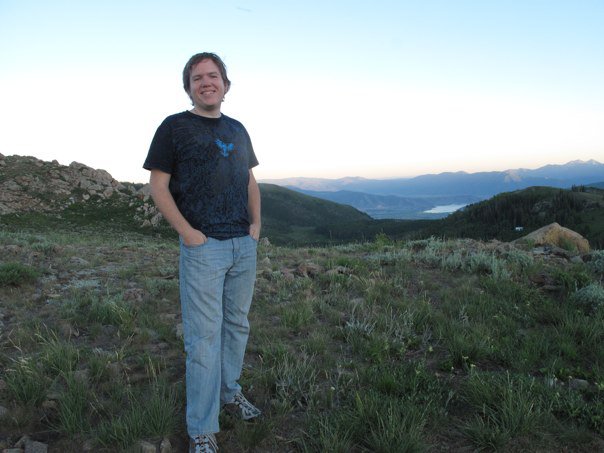 HH: Last week you told us one of the reasons you were skeptical about adopting a vegan diet was that you thought it would make you "less of a man." Tell us about that.

I worried that my friends and family would make fun of me and that somehow I would be less of a man for passing up meat. I later realized it was exactly the opposite. Meat and dairy contain large amounts of hormones that changes our chemistry, making men less manly. (Milk is full of the female hormone estrogen). Animal products also contain artery blocking cholesterol which restricts blood flow to important parts of the male anatomy, making men less manly in a more specific way.

You also had a hard time believing the health claims of a vegan diet and doubted conventional wisdom could be wrong. How did you overcome society's myths?

I doubted that society could be so wrong about such a central issue. If all my friends, doctors, family member and favorite TV shows said eating animals was normal, who was I to disagree? But through my wife's patient and loving way, she showed me that there were excellent answers to my questions.

Like your wife, you've experienced several positive changes in your health since adopting a vegan diet. Tell us about that.

I started sleeping better so I no longer need my sleep apnea machine to get a good night's rest. I used to catch every cold and flu that came around. Weeks of enjoyment every year were lost to feeling nasty but not anymore. Since I've gone vegan I have yet to catch a cold. If I feel unusually tired or I feel the early twinges of a soar throat, I go to bed. With a bit of extra rest, I'm back to my normal self when I wake up.

I'm also off all prescription medication and my asthma has improved. I rarely even take pain medication. My overall mood has been much more stable and I can focus better than ever before.

And of course, best of all, my food allergies are almost completely healed. (See part 1 for more discussion).

Did you experience these benefits right away?

The first few weeks I didn't feel very different and at times, I felt worse. In retrospect I can see that I was dealing with a lot of withdrawal from the foods I'd become addicted to. I was addicted to caffeine, sugar and excess salt and oil. I was vegan, but not healthy. Still, even with all that, I was dropping weight and my energy was improving. I also eventually broke all my addictions.

When your wife, Natala, was interviewed in this series, she shared her considerable weight loss. Have you had the same good fortune?

At this point I've lost close to 70 pounds. It used to take an enormous effort to lose even the smallest amount of weight but not now. It doesn't matter what I do, if I'm more active or less, I still lose weight. I still have more to lose before I reach my goal, but I'm not worried about it.

You mentioned you're more active now. Tell us about that.

The first thing I noticed after going vegan was a remarkable improvement in my desire to be active. I always wanted to be the kind of person who is naturally active... not the person dragging myself against my will to the gym. For the first time since my youth, I found myself wanting to go outside and play.

I love hiking now and being outdoors. When we lived in San Diego I would spend hours riding and exploring the boardwalk. Before I was vegan, I would have gladly traded any of these for another hour at my computer.

Last question: Any advice for those interested in helping their partner go vegan?

The most important thing is that you don't force the issue. Natala was kind and gentle in her response and concerns. She never labeled me as stubborn, arrogant or lazy. Instead she made it clear to me why going vegan was so important to her. She told me about the benefits because she was excited about it and not to manipulate me. It was always my decision.

the best thing vegans can do for their partners is to educate themselves and be ready to loving answer questions or concerns. Don't treat it as another diet, but a major lifestyle change. Make sure your partner knows how important this is to you.

Well said, Matt! This has been one incredibly inspiring and informative interview series. Thank you so much!