The 30 WHOLE Days Challenge came to an end on Monday with mixed emotions for most participants. As I suspected, it was an enlightening and educational experience and here are some of my thoughts. 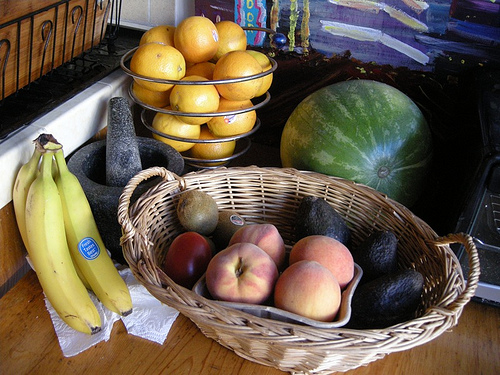 I never thought I would be a salad-a-day girl but thanks to HH30 I have at least one really big salad every day. I've also come to really enjoy smoothies (I even developed some killer recipes during HH30). On the days I kept with the challenge, my body felt great and my digestive system hummed along smoothly. However any time I "cheated" I paid for it handsomely -- my digestive system freaked and I felt sluggish and moody.

HH30 also changed my taste sensitivity. I "cheated" and bought twizzlers at SATC2 last week but could barely eat more than a few because they were now sickly sweet to me. I find I also taste salt much more predominately, especially in processed foods -- many taste so salty now that I can't eat them.

The challenge didn't mesh well with my social life. Going out to dinner at a restaurant wasn't too challenging but dinner parties and last minute social gatherings proved to be. For example, at one dinner party, the omni host had gone out of her way to prepare something for Scott & I, her lone vegan guests. It was too hard to say "no thanks" or "I can't eat that, either." Then another time, a friend called right after work saying she'd scored tickets to a concert that night. I hadn't packed a dinner and the only vegan option at the concert was a veggie & bean burrito from chipotle...

We also had friends visiting this month, the Veggie Pride Parade in NYC and some joyful news worthy of a celebration... and celebrating with a smoothie is just not the same as celebrating with a HH cookie or cupcake! I was also finishing the last of the cookbook pictures this month and while I was pretty good about avoiding temptation, it often made me feel resentful.

As for the other participants, after the first week many "took the weekend off" while others dropped out completely. From those who stuck through it, many of them lost weight -- upwards of 15lbs each! Others just generally felt better, had more energy and adopted new, healthy habits for the long-term.

"I loved the smoothies!! I've had so many this month." - Ashley

"It was great, totally revitalizing. I lost four pounds and have made my diet a priority again. HH30 reminded me to cook instead of being too caught up in work/life." - Rachel

"When I had slipups, it made me acutely aware of the effects that certain processed foods, like white bread, had on me and now I'm "done" with those 'foods.' I've also taken away that I function at my peak when I eliminate all processed foods, but doing that every day is not sustainable. My goal now is to stick to HH30 during the week, with flexibility on the weekends." - Danielle

"Smoothies for breakfast are the best and giving up cheese was not as hard as I thought it would be. I also learned that cooking can be fun, but it's also exhausting when you have to do it every meal, every day. I didn't like how the challenge made me obsess about food, but it's helped me make realistic goals for the future and I'm now more aware of processed foods." - Winnie

"Right before HH30 I found out I was sensitive to gluten, then on the challenge I realized I was also sensitive to nuts, corn and soy. I've also had some other struggles with food and diet this month, but the good thing is I now care for my body more than I did; I'm eating better and doing better thanks to HH30. I love the smoothies!!" - Rox

I think the take-away for everyone -- whether you participated or not, is that we should incorporate more wholesome foods into our diet and opt for fresh over processed as much as possible. Eating totally whole is not sustainable, but making good choices when you eat processed foods -- and making them the side dish and not the main meal, is key.

What are some of your healthy habits?