Posted by:Lindsay S. Nixon Category: Travel
Hey Boo-Boo! Let's Go Get Some [Vegan] Picnic Baskets! When Scott & I decided to drive across the country, the one place we both agreed we had to go (even if it was dead smack in the middle of tourist season) was Yellowstone National Park. Having recently traveled to Yosemite, we were anxious to see how the parks compared (plus we just love nature!) 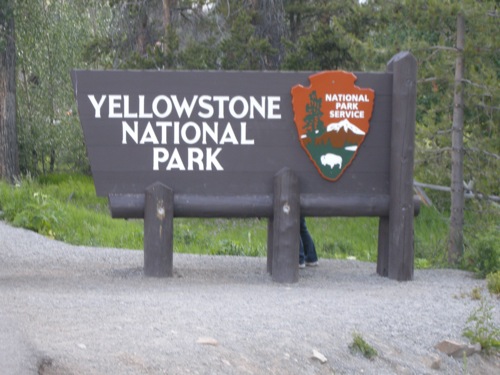 The most known sight in Yellowstone is Old Faithful and following suit, it was our primary destination. I wasn't sure what to expect with respect to a geyser. Sure I'd studied them in science class but I didn't know with any kind of specificity what was going to happen. At best, I thought water might squirt out of the ground much like the fountains at the Bellagio do... but I was, of course, wrong. The water gushes intensely and it sounds like an ocean is around you... then the water immediately turns to steam and vanishes before your eyes... almost instantly. It's incredible. We were able to catch a few seconds on video and I'll try to upload that later. 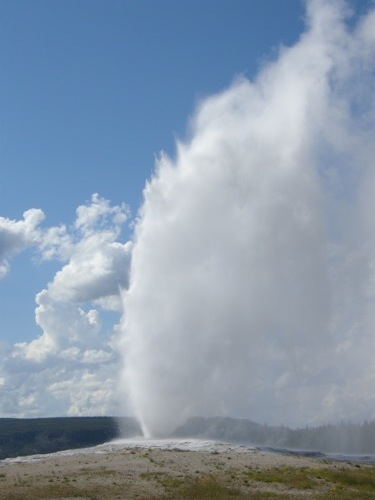 As for the wildlife, there were out and smiling for the camera! Not only did we see a Road Runner (which, btw looks absolutely nothing like the cartoon -- I mean we're talking NO resemblance here), but just steps into the park we were able to see a family of herbivores grazing. (More photos on flickr). 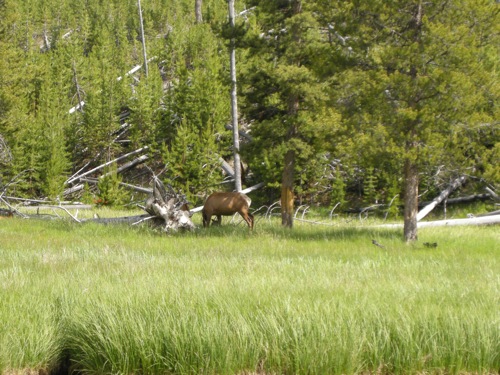 However, I was hoping as hard as I could that I'd see a Moose or Bison up close and thankfully, my wish was granted! Just as we were about to head out of the park, we walked past lone bison standing nearby. If you check out the additional photos on flickr, you'll see I have some rather up-close photos. I was actually that close to the Bison -- no zoom needed. His strikingly friendly nature made me all the more sad that people kill these beautiful creatures for their meat. :( 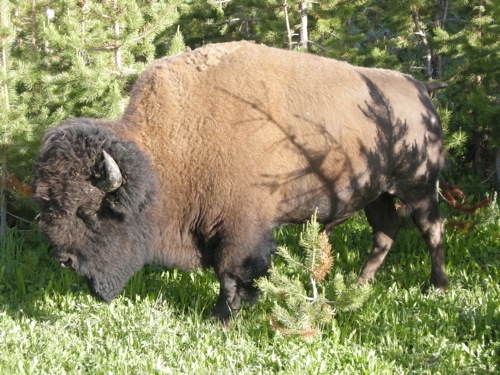 Yellowstone is an enormous, spacious place --- far bigger than I ever imagined. The views along the edges of the lake brought me an inner peace I've only dreamed to find. Just look at that view! (& yes that is snow!) 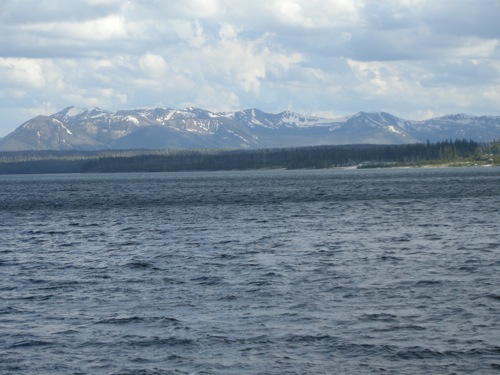 On the downside, Yellowstone has acres upon acres of forest devestation. For the last 40 minutes of our drive out of the park, all we could see was dead trees -- their greyish, slim sillouttes extending for miles in the distance. While I understand wildfire is a natural part to most eco-systems an whether it was done by nature (lightning) or man (controlled fires) I am sure it was necessary, but it doesn't shake the sad and empty feeling one feels when faced with millions and millions of dead trees.